Well my memory is a little hazy and while what happens in Vegas stays in Vegas, I do have a few things to spill about.

We stayed the first two nights at Excalibur – it was free as my friend was originally there for a fashion expo.

I arrived and found the girls only to discover we had dinner and that night out at Marquee all taken care of. Oh the perks of being female in Vegas.

We were taken to Tao for dinner, which was delicious. A smorgasbord of Asian nibbles, from sushi to dumplings and fried rice. And of course cocktails.

Next on the agenda, Marquee. The club was huge and we were taken to our table right by the stage. We partied there for a bit but by then had lost two of our crew so Alethea and I headed to The Bellagio to try find a lounge bar after aimlessly wandering around the Cosmopolitan.

The next day we hit the strip. Jenn and I shopped and walked our butts off. We paraded around fashion fair before finding a better mall at Caesars Palace. I got most of my items ticked off and a few more.

We grabbed Mexican at a little joint on the strip as we were running late for our show that night – Thunder from Down Under.

I was almost back at the hotel when I realised I had left my good camera back at dinner. I ran so fast back there I thought I would pass out. Thankfully some lovely ladies had handed it in and I got it back safe and sound. Elated I donated some money for the homeless foundation an then stopped to take some pics for a couple before running back to the hotel for a record turn around.

Showered and dressed we made it to Thunder Down Under just in time. WOW. Those men are gorgeous. The four of us were in heaven. I think a Pacific Heat would do nicely and I’ve thought up a great little show in my head using banana leafs, coconuts and fire to show off the ‘jewels’ of the pacific…

We partied at Tao – thanks to a lovely promoter with a comped table. He seemed to take a liking to me. If you’re in Vegas and want to be hooked up, give him a call:
Garrett Guzman, +1 (702) 544-2777
He will take good care of you if you tell him his Bush sent him haha.

We went to go to Hakkasan but exhaustion (and drinks) kicked in and Jenn and I got maccas then hit the hay.

We got up early to change hotels to New York, New York. After checking in and dropping out bags I was ravenous and found a buffet breakfast close. Hellooooo shrimp and lobster crepes, red velvet pancakes, eggs of every kind and choc dipped strawberries. Happiness.

Then BAM! Hungover set in. One of the worst I’ve had. I felt like a bag of arseholes. I stayed in bed till 4.30pm wishing it away,

When I eventually did feel better we went to meet the other two girls for seafood. Taxi was a poor choice. There was traffic and the stop start motions then speed bumps had me feeling terrible by the time we got to Hurrahs Oyster Bar. Oysters make me happy though so a dozen later I felt better. Another dozen later, some crab, lobster, prawn and mussels, I was happy again.

We had dinner comped at Fix in the Bellagio. I wouldn’t recommend it however two of the dishes – the tuna tataki and the macaroni cheese with truffle was great.

We partied at Surrender but it was an average crowd so my promoter got us to XS (also at Wynne, my fave casino and where I will stay next) with drink tickets where the party was awesome! We met some fun guys there and partied the night away.

My flight back to Vancouver was the next morning which is a bit of a blur. 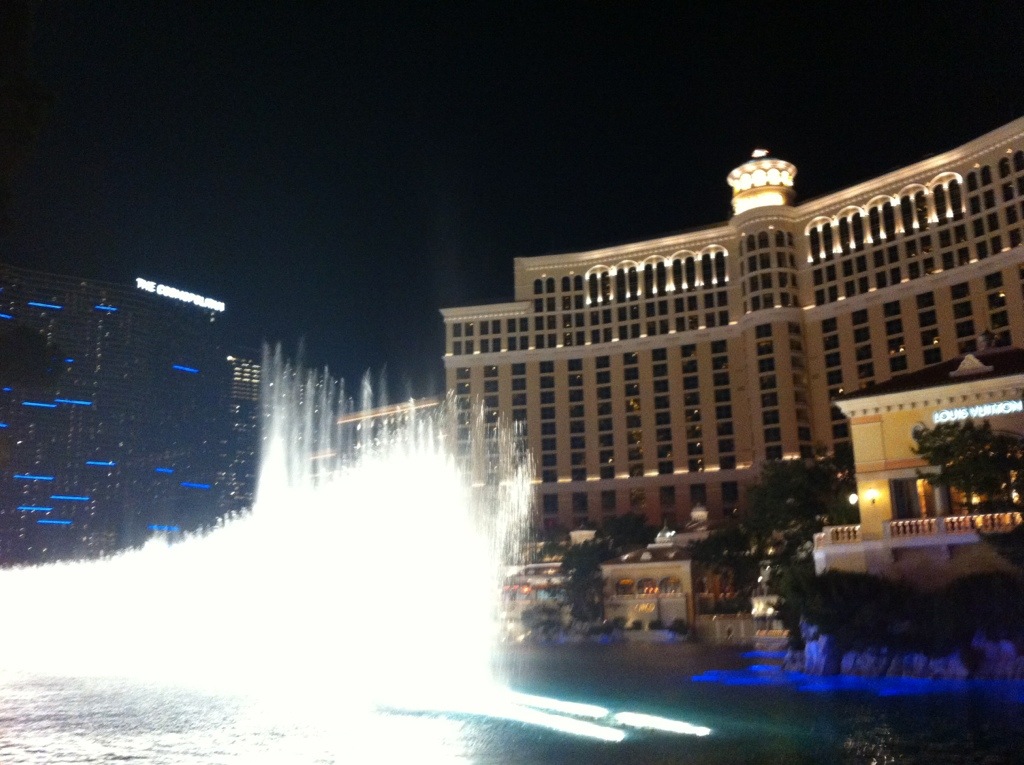 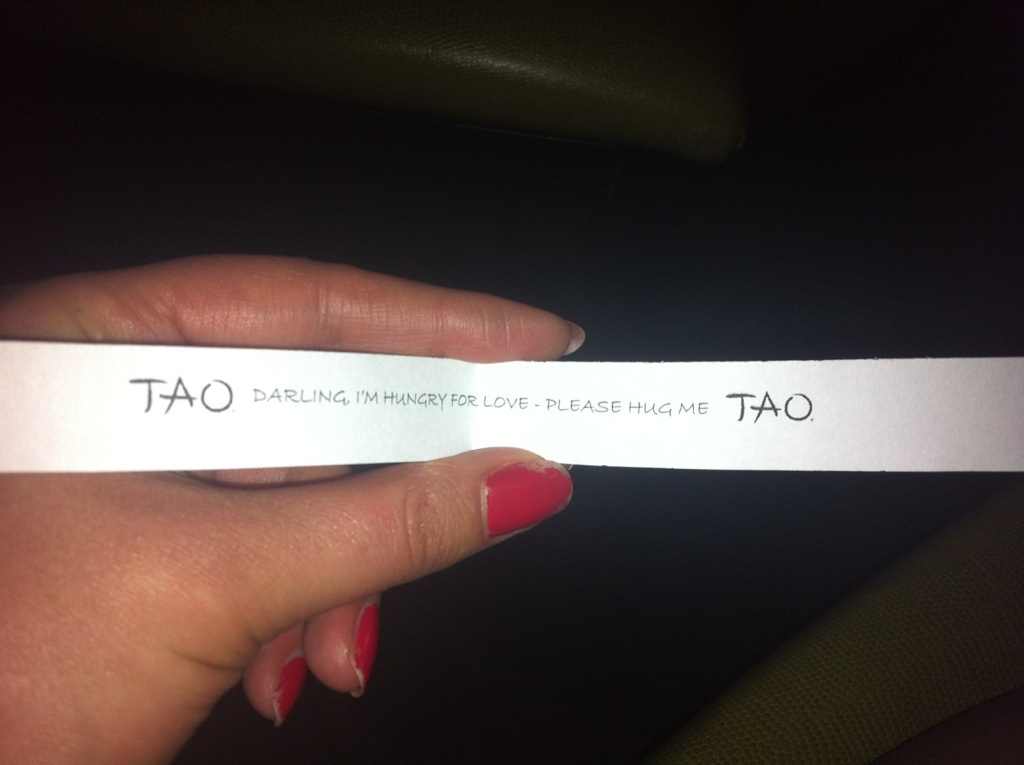 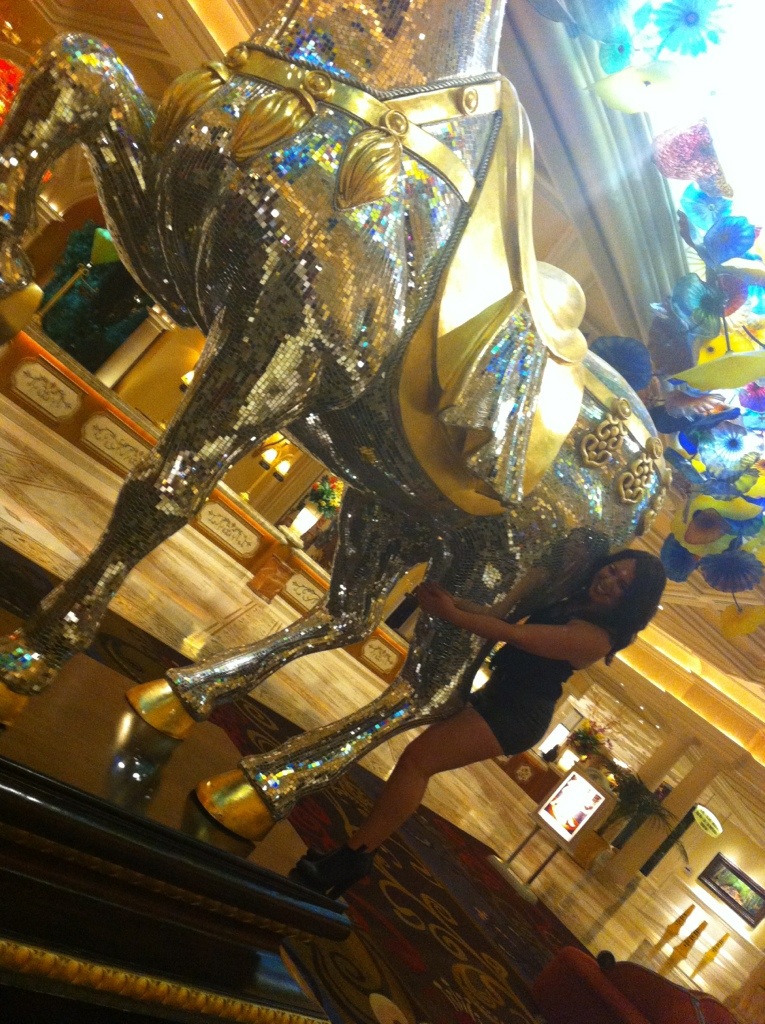 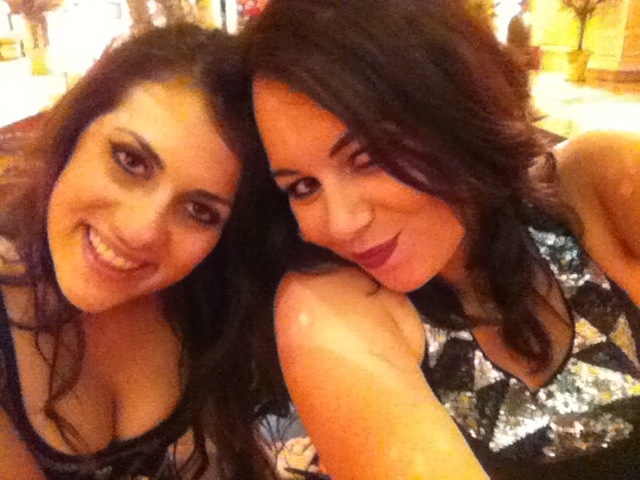 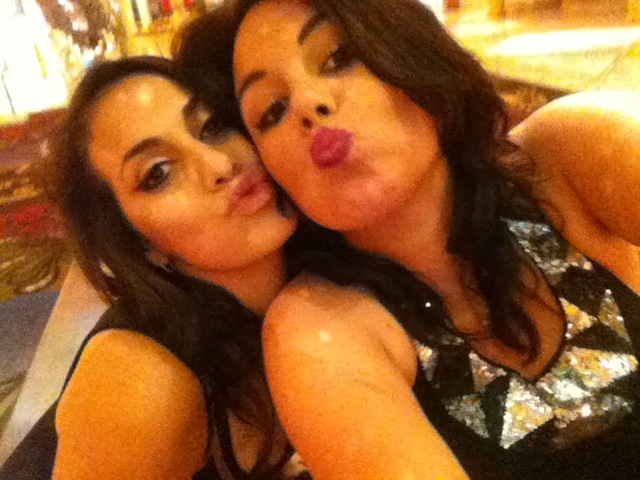 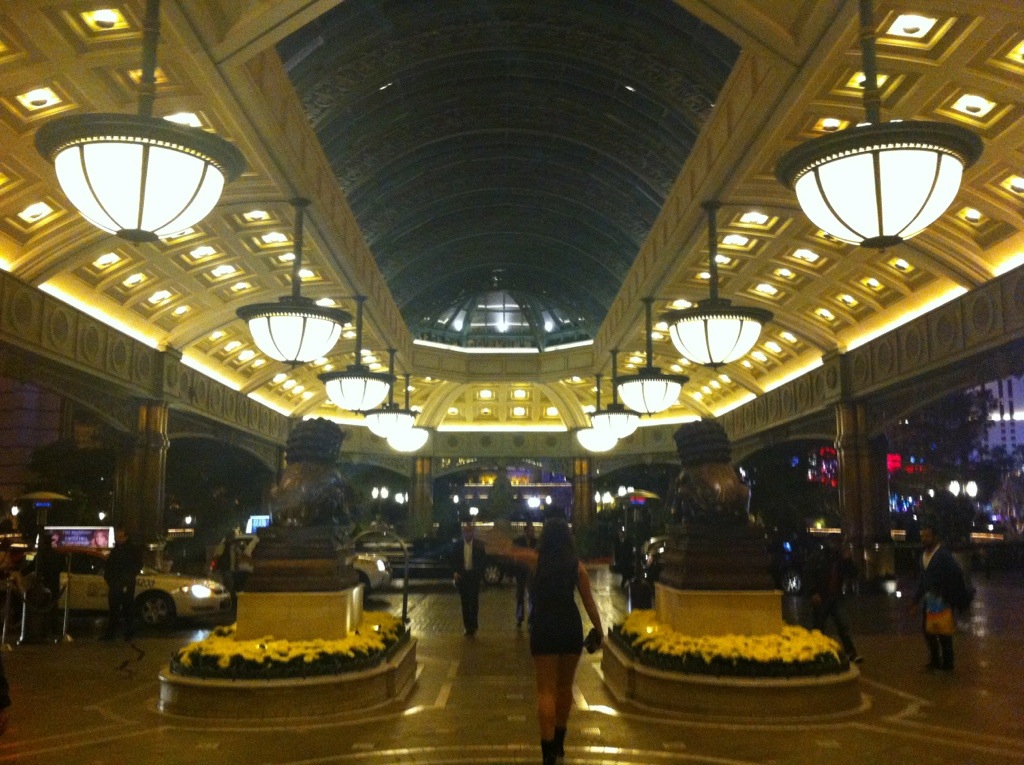 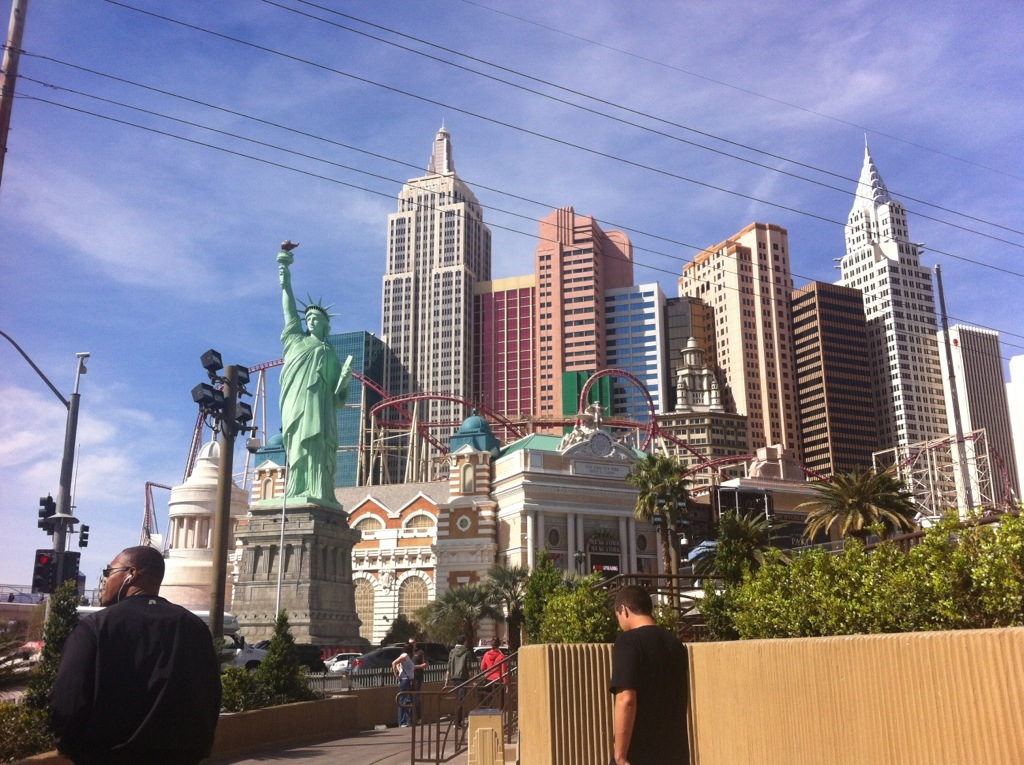 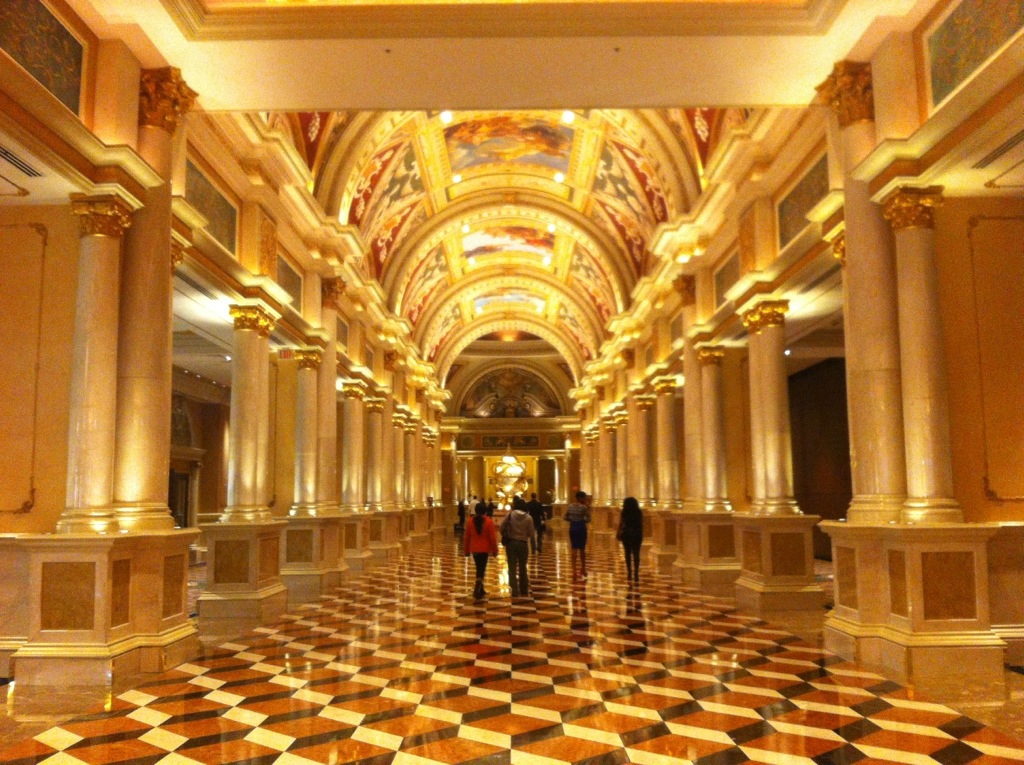 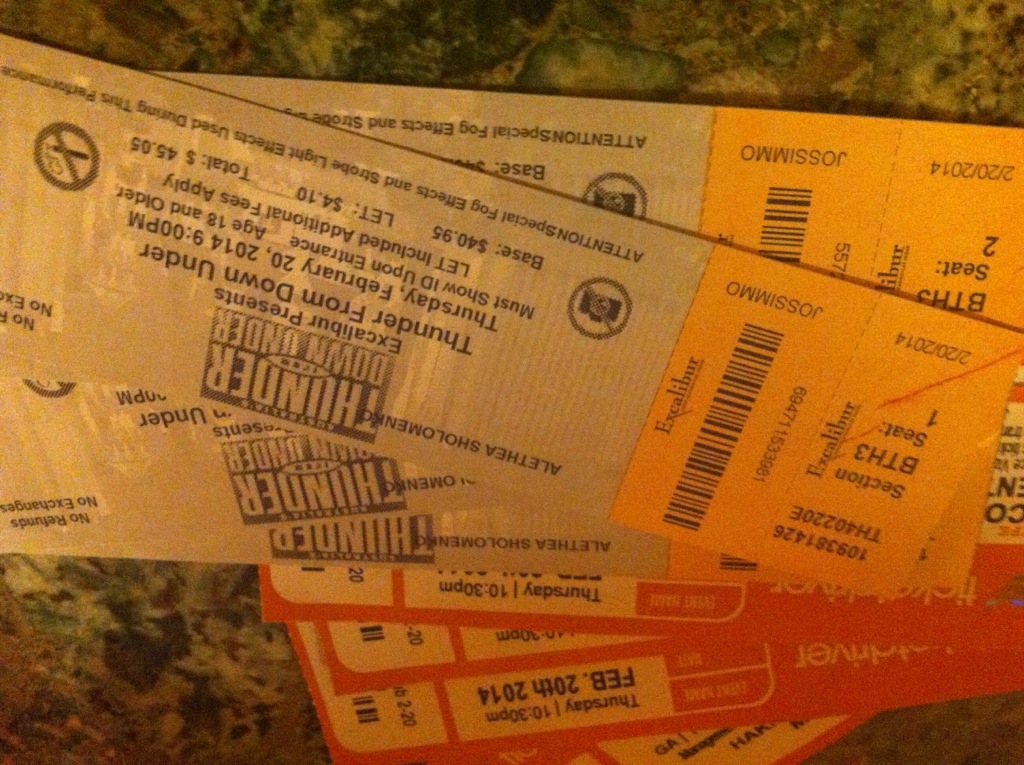 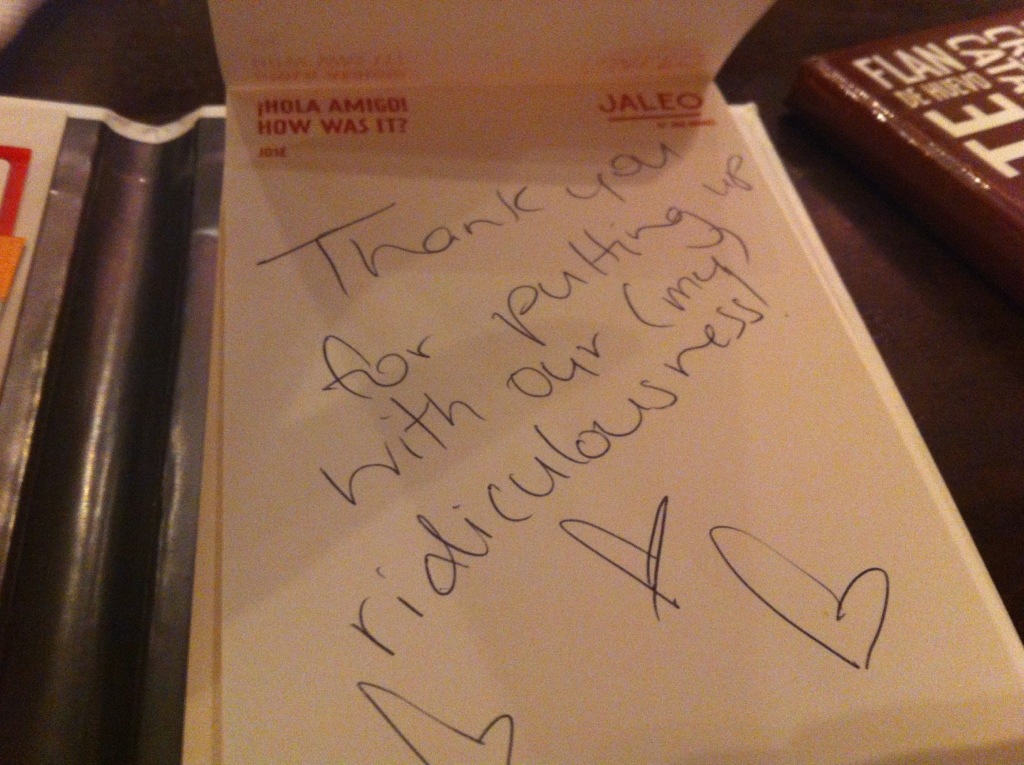 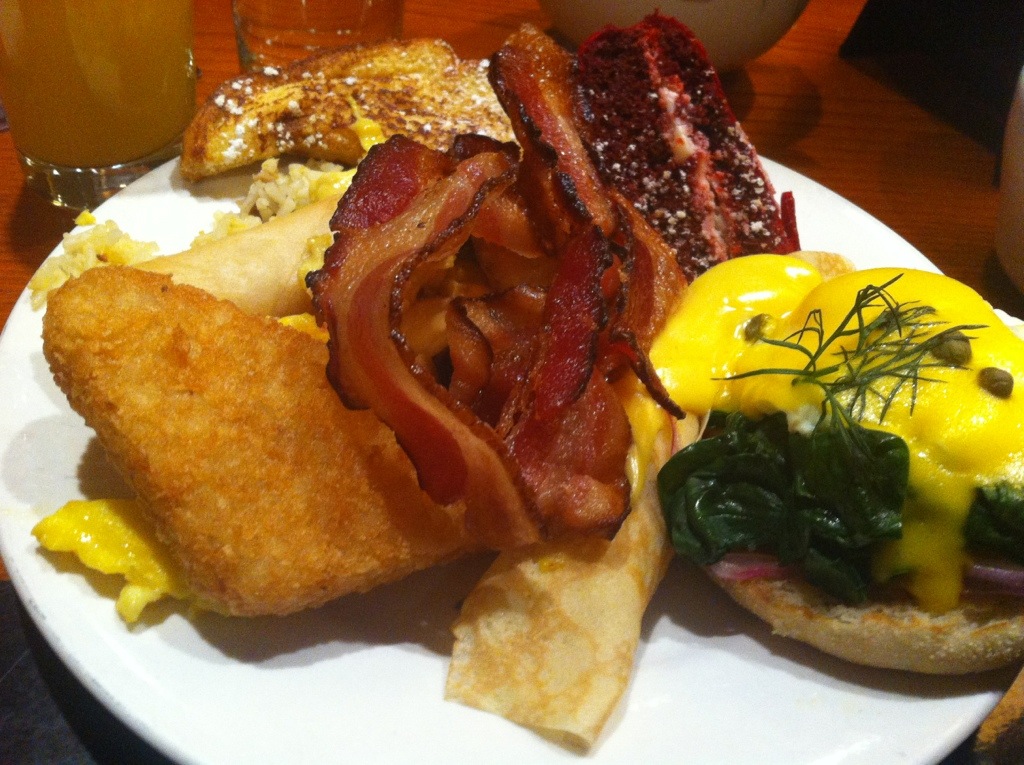 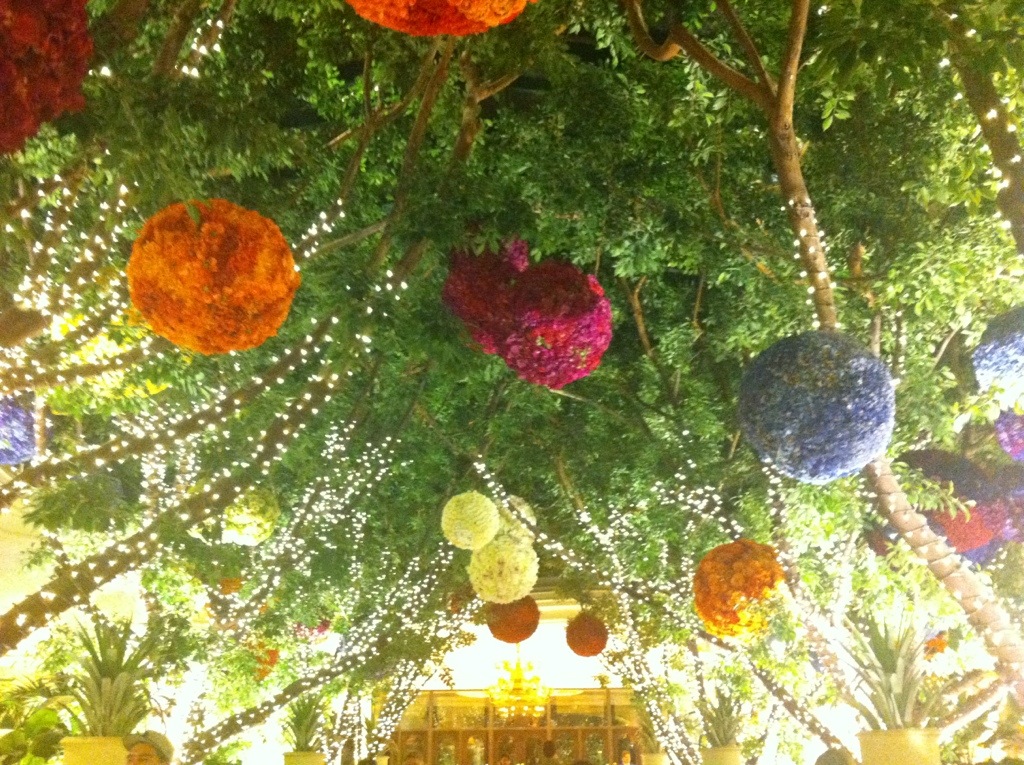 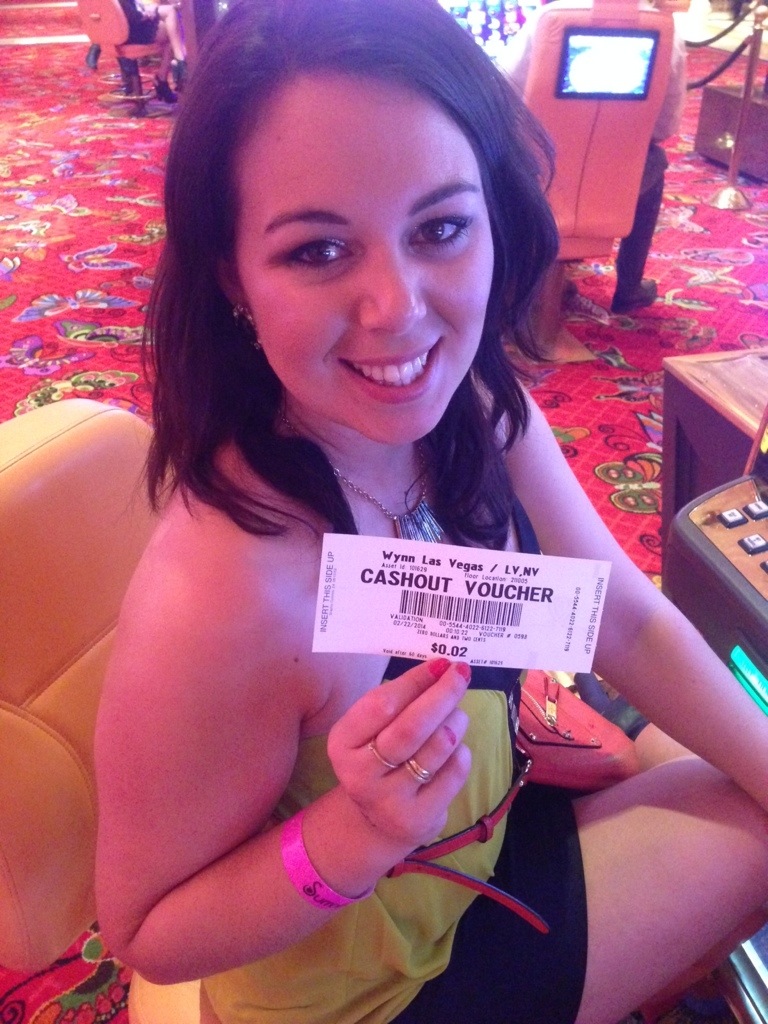 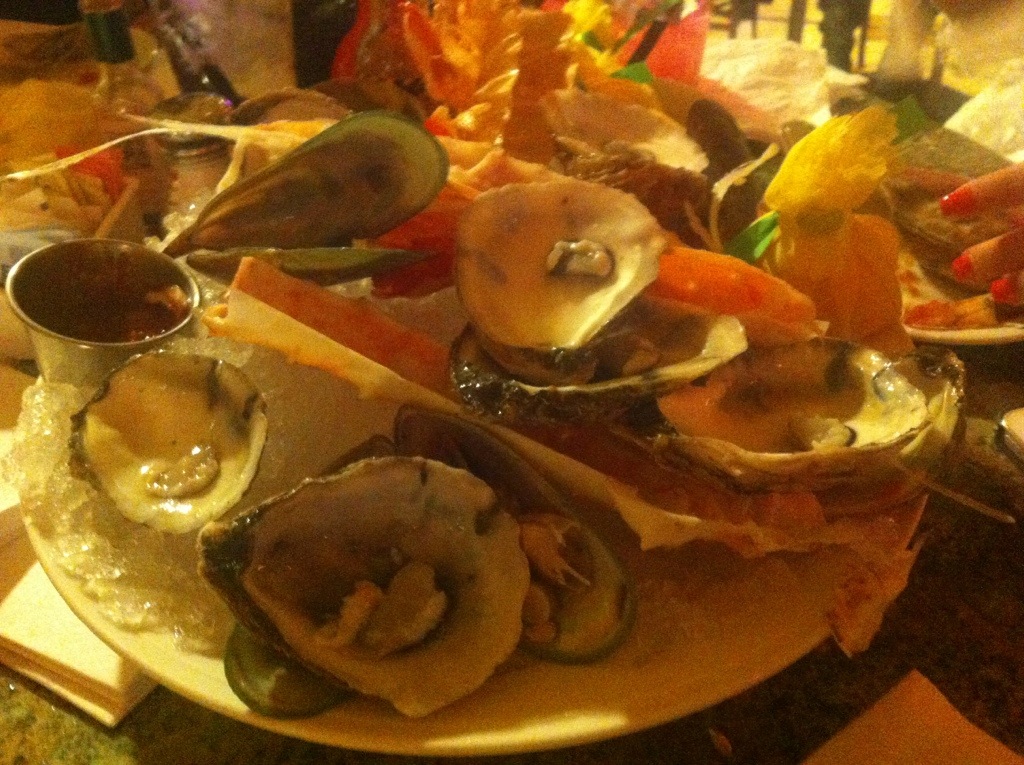 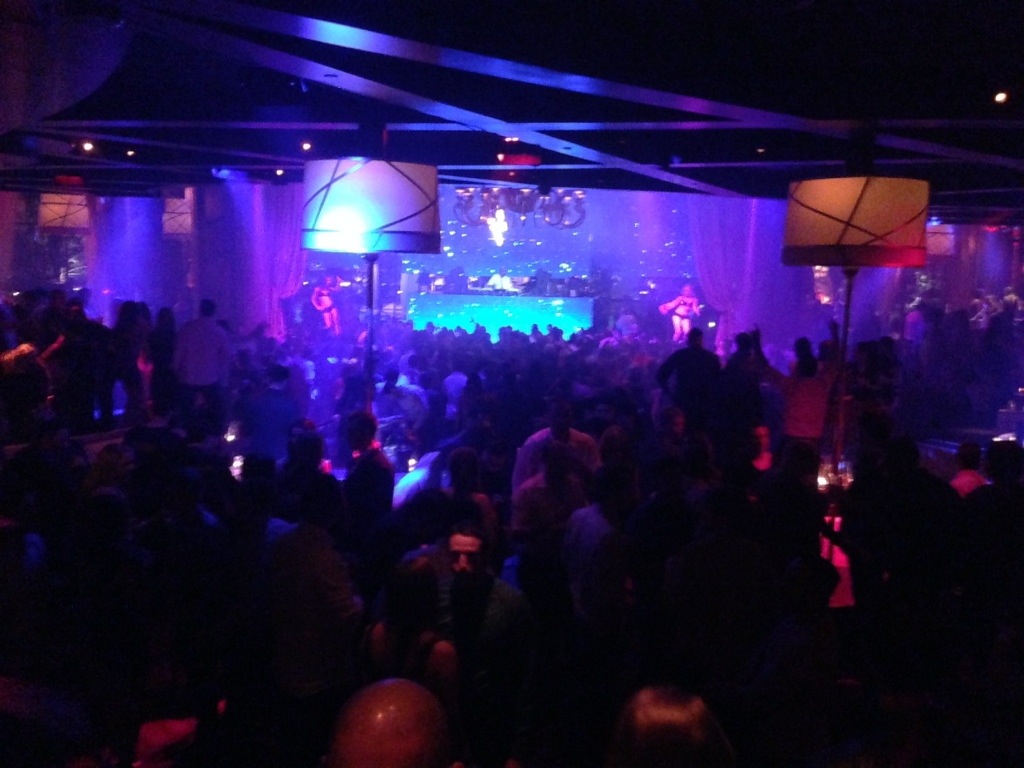 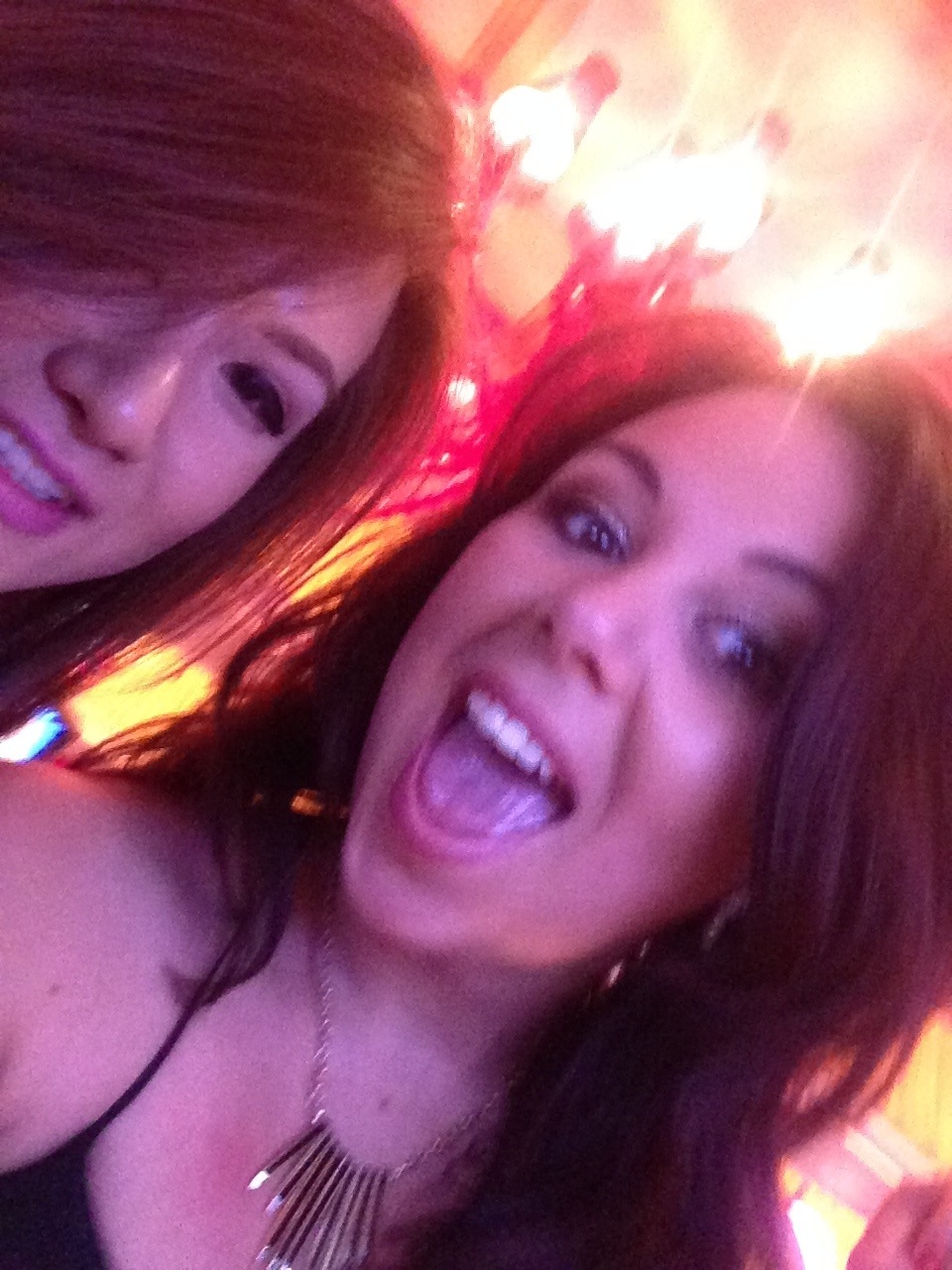 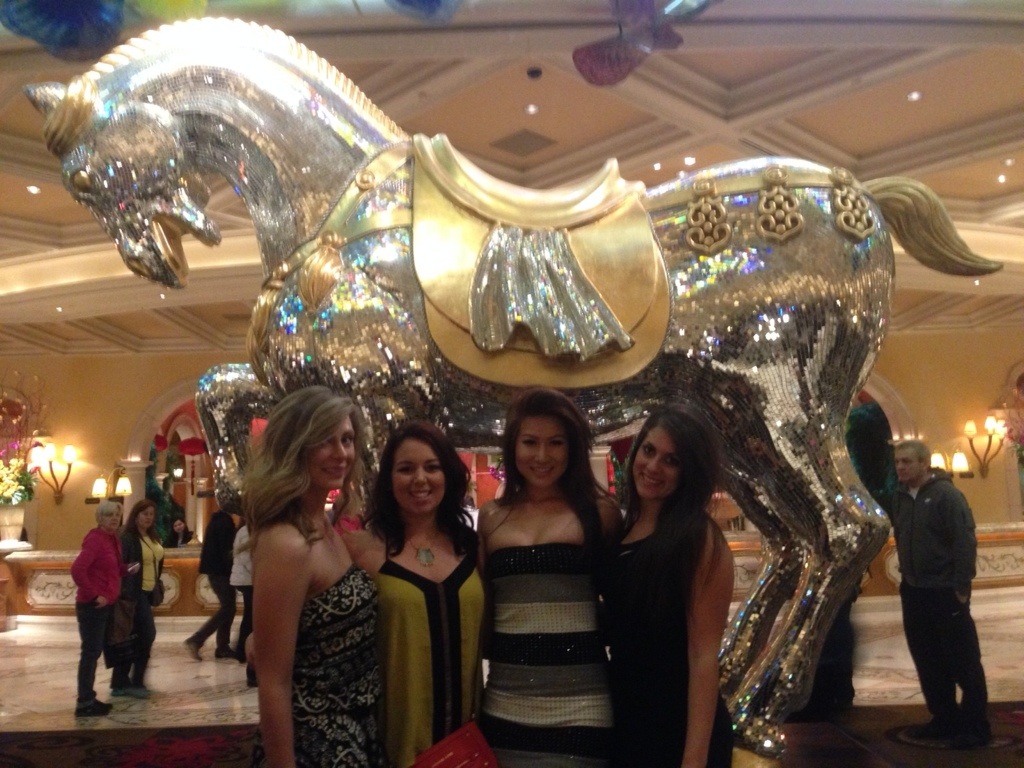 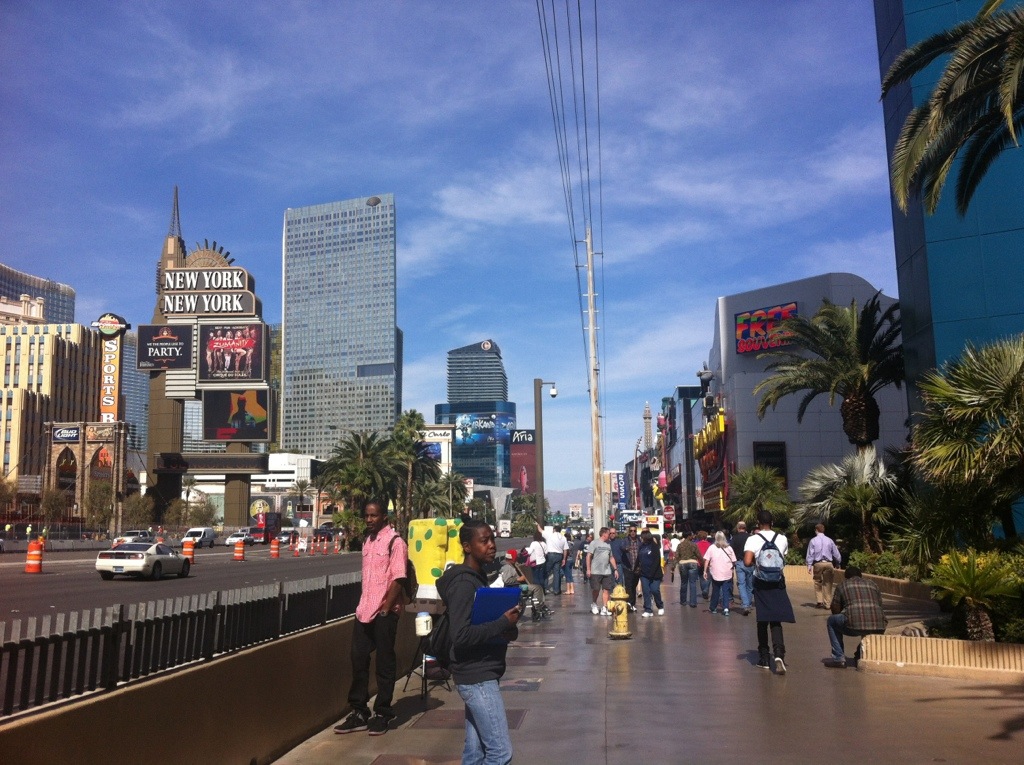