The welcome city in that everyone is welcome. Hence the huge population of homeless that reside on the streets. I swear you get high just walking down the street from passive weed smoking. Snoop Dogg would love it. I was pretty much floating around the whole time I was there. 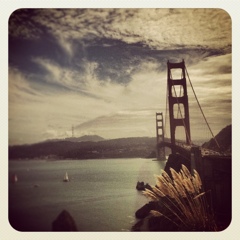 Story goes that in the 60’s some guy turned up to a street party with a whole heap of weed and LSD which he gave out to everyone for free. They had a great time party time and consequently didn’t want to go back to work and became addicted to the drugs. Not sure how true that is but that’s what our tour guide told us.
I have never seen so many homeless people. I’m not sure if we were just staying in a dodgy area or what but they were everywhere. They don’t really attempt to make any communication with you. They just smoke and lie on the side of the street with their trolley full of their only possessions. Ironically, this is right by downtown which is where the most upmarket stores are – Gucci, Prada, Chanel etc. 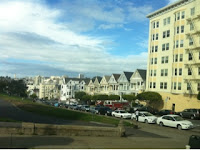 San Francisco is also home to the most billionaires after only three other cities in the world.

Unfortunately for us it was Fleet week and the city was swamped with the Navy, Army and other military organizations. This meant that the street cars, buses and cable cars were all full, with huge waits. It was difficult to get around the city and piers as it was so crowded. 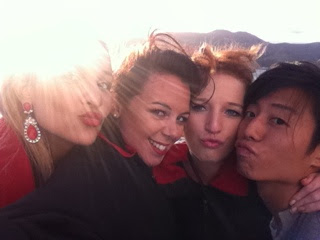 We ended up only doing the organized tours with our crew as we were now exhausted and still drinking every night.
When we arrived we did a city tour on the bus, stopping at famous sites such as Pier 39, the houses where Full House was filmed and museums etc.

Our hotel itself was lovely, if not in the best area.
I could have spent the two days just in that bed! It was huge with the softest egyptian cotton sheets and about 6 pillows of various shapes and sizes. Ahhhhh **sighs** 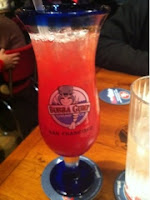 We headed to Bubba Gumps (of the movie, it’s a restaurant chain here) for dinner. Gemma and I sat with a Korean girl from our tour and the tour manager. It made for a hilarious evening. My meal was delicious, Cajun shrimps for starters and Scampi for my appetizer – yes they call mains appetizers, talk about confusing, no wonder I ate so much really!
If you ever visit Bubba Gumps try a pomegranate punch cocktail, sooo yummy and full enough of alcohol to get you going for the night! 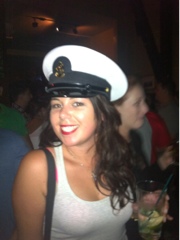 We then headed to an irish pub to continue the drinking, which of course with Fleet week, was full of boys in uniform- much to the delight of the girls on our tour!
I may have danced the night away with a Navy hat on. So trusting of them to let me have their hat for the night!

More shopping in downtown on Sunday as again the lines for transport were huge. I was spending all the rest of my USD so had quite the merry time!

That night we had purchased tickets to watch a Kiwi band, six60, with some of the other crew from the tour. When we asked the hotel how to get there, their response was ‘why would you go there?’ So we already knew it wasn’t going to be the best venue.
There was only one toilet, which, had the choice, I wouldn’t have used! The place was so packed you could barely move, let alone get a drink.
Speaking of which, free pour is a killer. Two of my drinks I couldn’t even drink due to the amount of vodka in them. They were all but straight. Makes for a cheap night out though!
Anyway it was all worth it to see six60 perform their little hearts out at such an intimate venue.
For a tiny, dingy venue in the middle of nowhere in San Francisco, it was full of Kiwis. The atmosphere was awesome and the band really interacted with the crowd. 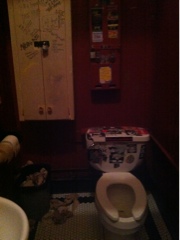 After the gig the boys all stuck around an we had a whole heap of photos with the band. I felt like a bit of a groupie so hung back a bit but some of the others had no problem playing the role of a groupie!
Hilariously, the biggest groupie of them all wasn’t one of us girls but one of the boys from our tour. He followed them round like a star struck puppy. He even hung out with them while they packed their vans an tried to go back to their hotel haha.
We finally got a ‘taxi’ which was actually a town car back to the hotel, and on the ride, Raul, the groupie, thought it would be appropriate to question our driver about the size of his ‘dong’ as he was a black man. The driver couldn’t stop laughing, especially when Raul farted and tried to keep all the windows up!
At subway I managed to drop my MAC lipstick under the soft drink dispenser and in my drunken state thought it would be a fantastic idea to lie on the floor for a bit with a straw to try get it out. I succeeded but damn was I filthy! 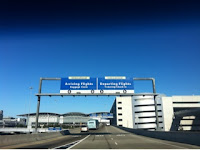 Yesterday was our last day in the USA after 37 incredible, crazy days.
I am left fat, exhausted and broke but happy! 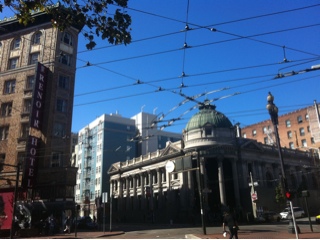