Did you know that drinking at altitude affects the way you respond to alcohol? I know now. 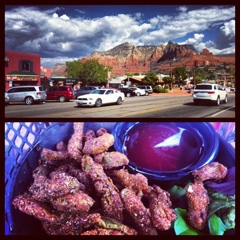 Grand Canyon is an amazing place. We started our trip in Sedona, a gorgeous town which is in completely muted and natural tones so that the beauty of the land is showcased.

We ate some cactus chips, yup made of real cactus! They spine and remove the prickles then soak the flesh overnight in buttermilk then coat in a spiced batter, fried and served with a prickly pear sauce. I wouldn’t say they were yum.. They were interesting… 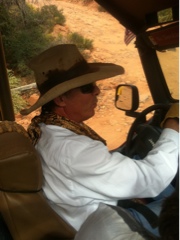 The terrain is rough, red dust & stones on the path with cactus and shrubbery taking over the ground. The guy was a speed freak, driving like a maniac to our delighted squeals. He said he wanted to make us scream. I told him he would have to do a lot more than that to make me scream haha I think everyone on the jeep blushed. The conversation went downhill from there and I was in tears with laughter about ten times.

After the group photo all the guides were mucking around talking about rattle snakes, next minute one of them threw a fake rubber snake in the middle of us. Gemma, only looking after herself, literally jumped on top of me screaming. I have bruises on my shoulders! 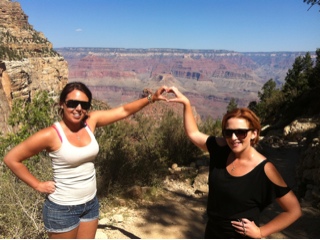 I had been feeling particularly average all day, probably due to drinking for 3days and having about 3hours sleep a night, so decided to have a quiet night. Good choice on my behalf considering we were up at 6.15am ready for our helicopter ride the next morning!

We chose groups to go on the helicopters with and arrived at the airport. When they weighed me I told them not to let me know how much I weighed, I didn’t want to know as I’m sure I’ve put on about 10kg from this holiday!
I ended up being called into a different group to what we had chosen and we were taken away to their sister airport. Turned out we had been upgraded, yay. However when we arrived at the airport I was handed a sheet of paper with our names and details on it.. Including out weights. As bad as I had expected. Yay for unlimited hot yoga and no alcohol when I get home! 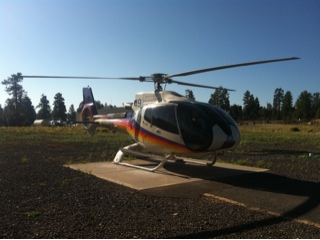 The helicopter ride was incredible and the pictures just don’t do justice whatsoever to how huge and amazing it is. It constantly changes colour in the light and we were lucky enough to get a perfectly clear morning.
I was seated at the front of the helicopter, by the pilot, with floor to ceiling windows. Perfect.
Our flight was 45minutes, sweeping over the national forest then descending into the canyon itself. An awesome experience and though expensive, definitely worth the money. 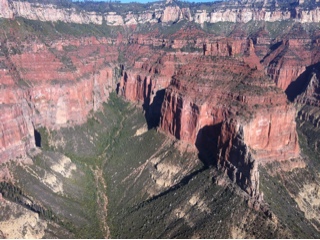 Back at the cabins, yes we were staying in full on log cabins, very cute, we decided to go for a hike along the rim, going down into the canyon. We had been warned that it would be very easy going down and really hard hiking back up. They were right. Thankfully we listened and only went down for half an hour as it was an hour walking back up. Worth it though for the incredible views.

Did I mention it’s tarantula mating season? Evidently they come out to the road to sunbathe during the day. My dreams were haunted by spiders and I kept waking up freezing, it’s 2degrees at night and 26 during the day. 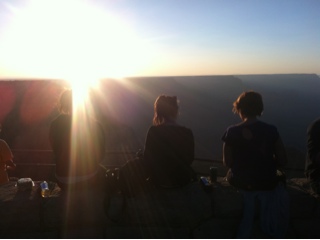 Fast forward to the evening and we headed as a group to Hopi Point, a lookout where we had a picnic and watched the sunset. As you can imagine it was gorgeous. We proceeded to have a couple of drinks before heading to the pub. As I mentioned earlier, drinking at altitude certainly enhances the effects. My legs felt so very heavy and I hadn’t realized how fast the alcohol had kicked in. Drinking in America is so cheap, my bloody mary’s were only $5.50 each. So I drank a few. And a few more.
The army boys thought it would be a good idea to lead us through the forest home, prob not the best idea but we made it. We actually made it to a cabin party… There were people everywhere, chairs being thrown, boys wrestling, wedgies so bad they ripped undies off, bottles of water thrown around. Great night! Until the security came and at which point all 15 or so of us tried to hide under the bed… Then ran and hid in some random bushes for a bit haha awesome. 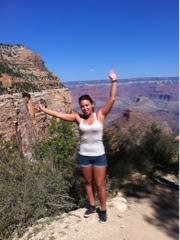 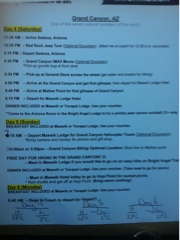