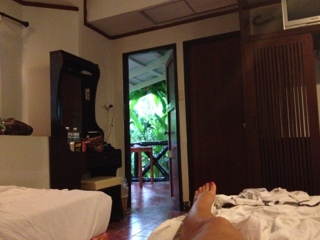 The last two days have been a bit of a write off really!

New Years day was spent mostly hungover in bed, until about 4pm. We made it to the hotel restaurant for lunch and that was about it! 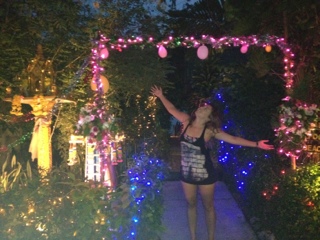 A friend of mine from Brisbane, Aaron and his Canadian mate Mike had tried to come up to be with us for NYE but missed the ferry to Koh Samui by 10mins so spent the night shacked up in a hotel with nothing to do. So they arrived and all of us girls met them for dinner and drinks. Nikita was also supposed to meet a friend but his 2 friends came to tell us that e had gone home sick so they ended up joining our party too.

We had dinner on the beach, with fresh banana daiquiris followed by drinks at Ark Bar and a whole heap of other random bars. Needless to say we didn’t go home till the wee hours.

My poor friend knocked on my door at 3.30am upset as she had gone for a swim in the ocean and someone had taken all her stuff. Cards, phone, even her jandals. 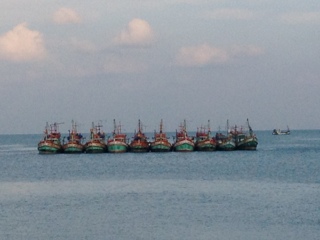 Moral of the story, don’t leave your stuff unattended on the beach when you can’t see it.

Gemma rocked up at 4am with a cheeseburger (thank god as I was starving) and wearing a sequin red boob tube dress! Not what she had gone out in. She had met some random guy who was dressed up as persuaded him and give it to her! She also had bought me home a friendship bracelet, her and another random guy had also bought one. 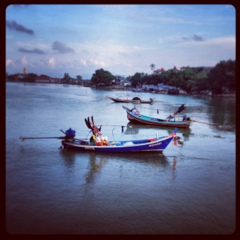 Our pick up for Koh Tao was at 7am so we were up at 6 after 2 hours sleep. The next 4 hours are a blur. Transfer and ferry to the island.

Once we arrived at Koh Tao, a beautiful diving island 3hours ferry from Samui, we promptly checked in at our hotel, had lunch, and went to bed for a ‘nap’. 30mins we said. We woke up 3.5 hours later. In our defence we did try to do a tour but there were none available just for the afternoon.

When we finally woke up we explored the island and had a massage.

We made an effort to head to the beach and watch the sunset. So glad we did. I will do another blog with a whole heap of pics. It was gorgeous.

Dinner was pretty funny, they completely stuffed up our order about 3times.

Then we were off to bed for an early night!