This ended up being probably our fave spot on the trip.

We stayed at this great resort I found on google called Humphreys Half Moon Inn on Shelter Island. It was like a tropical resort with lush plantation and a big pool on the waterfront.
We want for a swim but there was a crazy lady (literally the most manically mentally ill person I have met in my life, planning to overthrow the USA government and telling me that we were now connected but not to tell anyone we met and that the devil comes out at night) scared everyone out and we instead went to watch the subset over the harbour.

I thought I heard a dolphin but it was a huge Sea Lion and he was gorgeous! Popping up all over the place like an excited puppy. A fisherman came over on his boat ad told us how they follow them in on the hope of bait or burley being thrown out to them.

After watching the gorgeous sunset we went to the local bar for happy hour where I danced with some locals (swing which I was terrible at but had a great time) then headed off to Brigantine for oysters and Tuesday Taco night!

Brigantine was great fun – they out up with my goofy tipsy mood and the food was great. We went back to the hotel bar for a drink where I met a really interesting man who remote control drives submarines from ships for a living – what a cool job! And he lived on a boat in the harbour too. He kept me occupied while Carso chatted up the bar man.

We had an early night and chilled out in the morning, heading to breakfast at the hotel bar with a gorgeous view of the marina before driving to the airport where Carso flew home and I flew to Vegas! 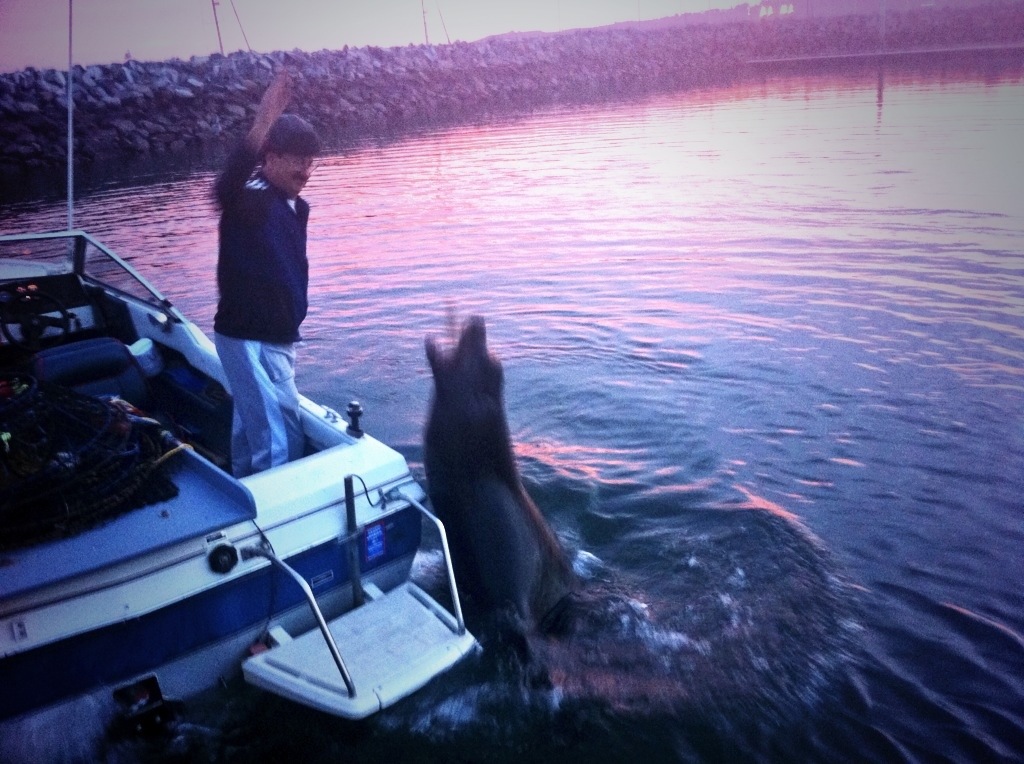 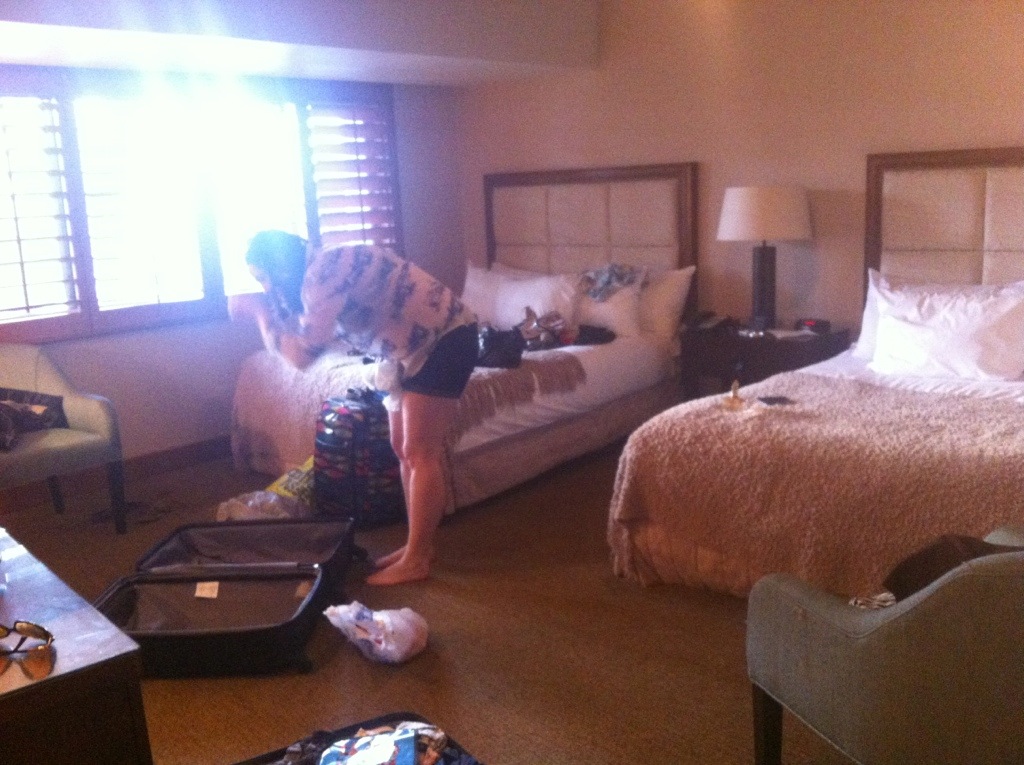 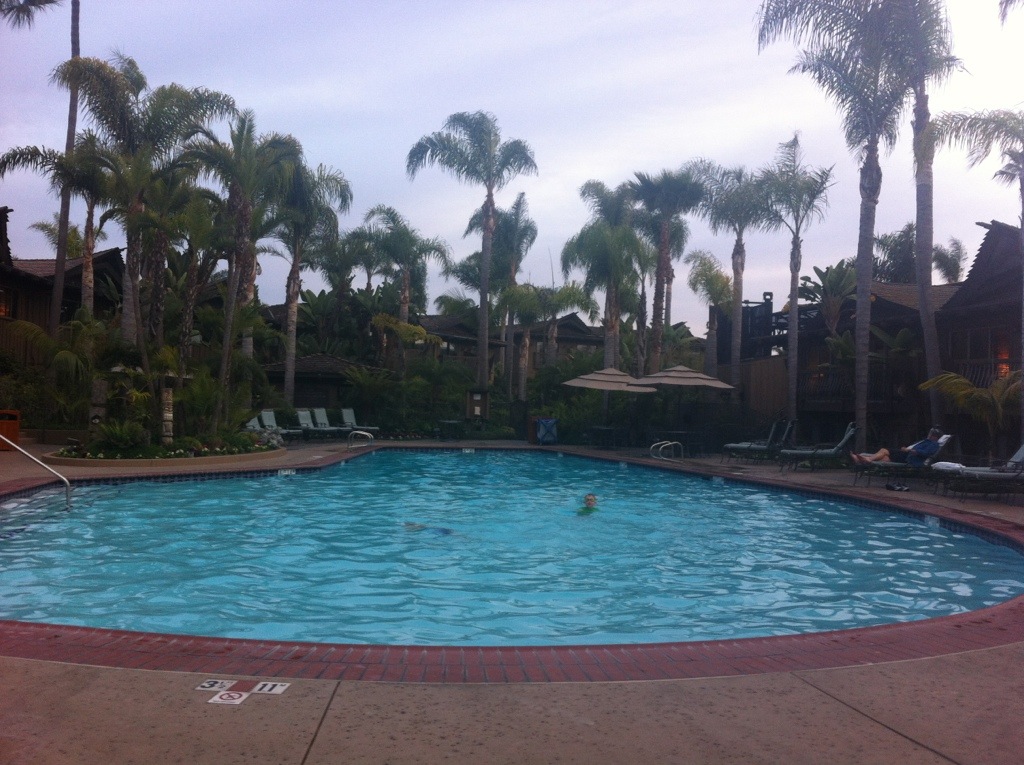 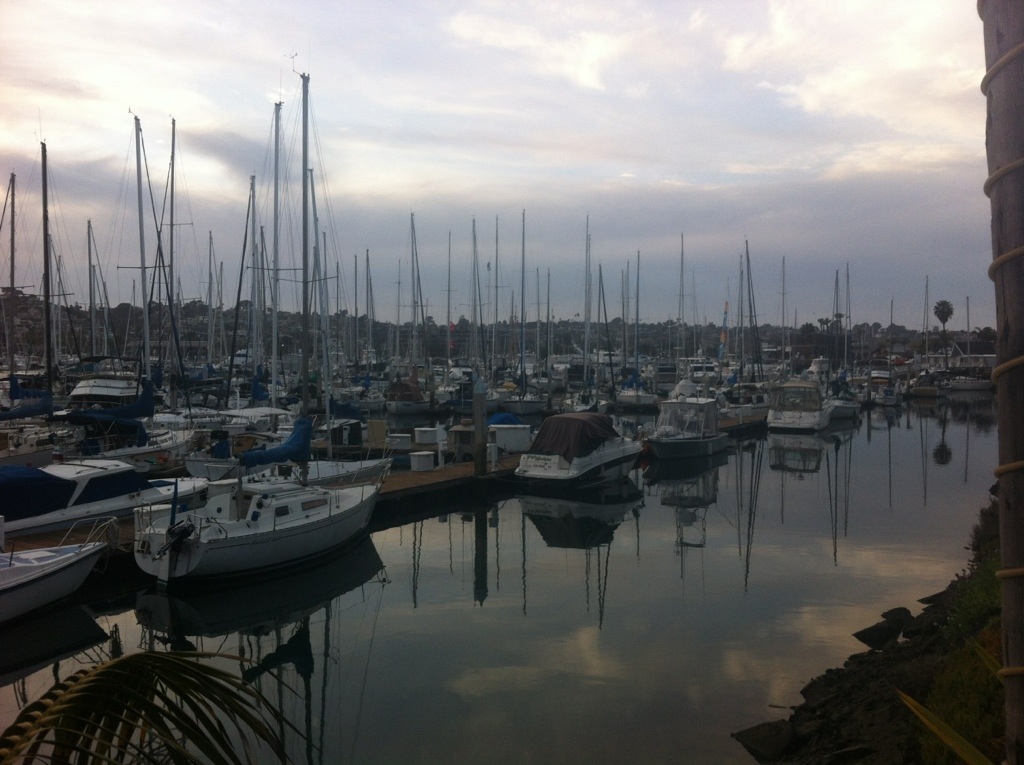 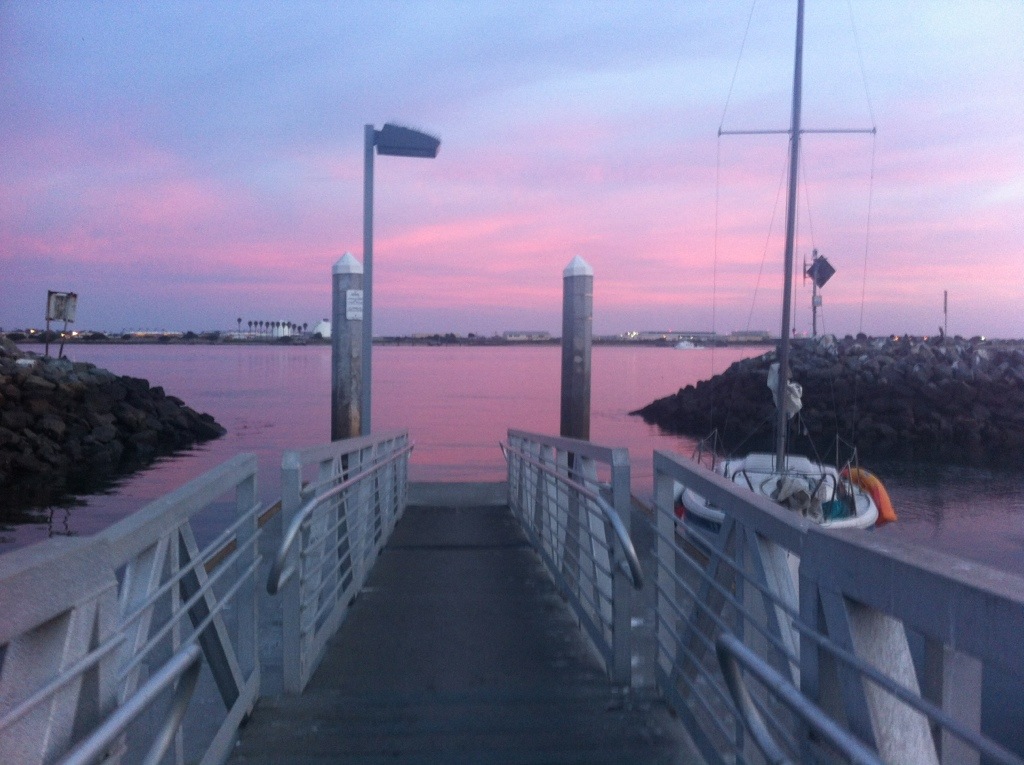 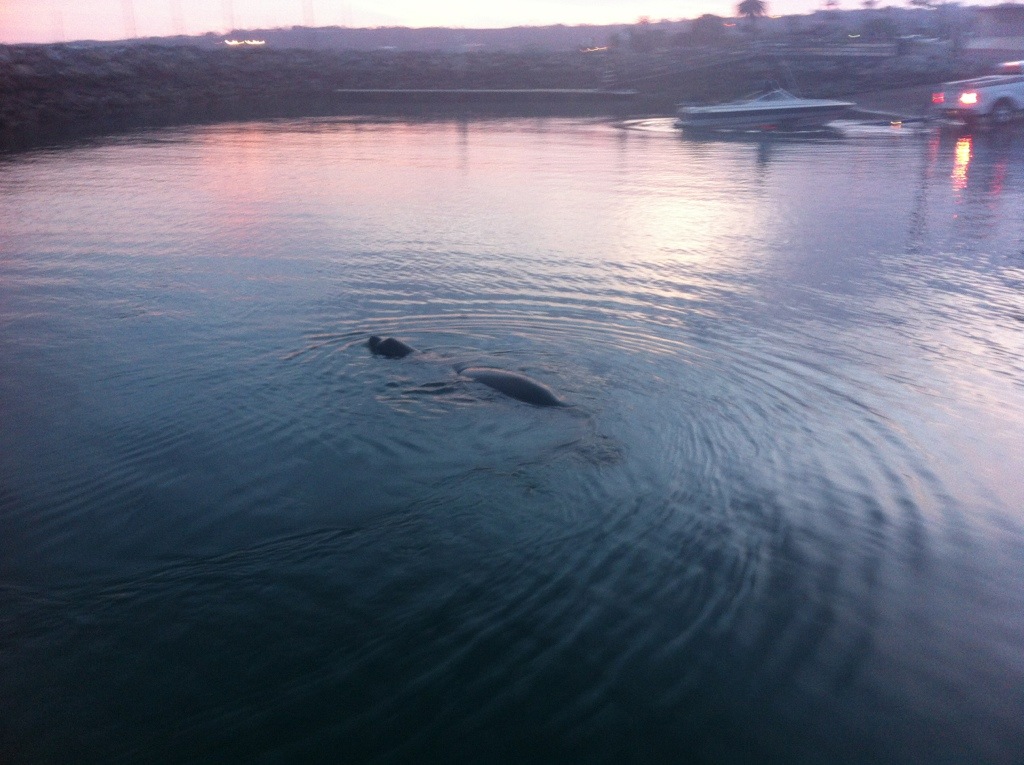 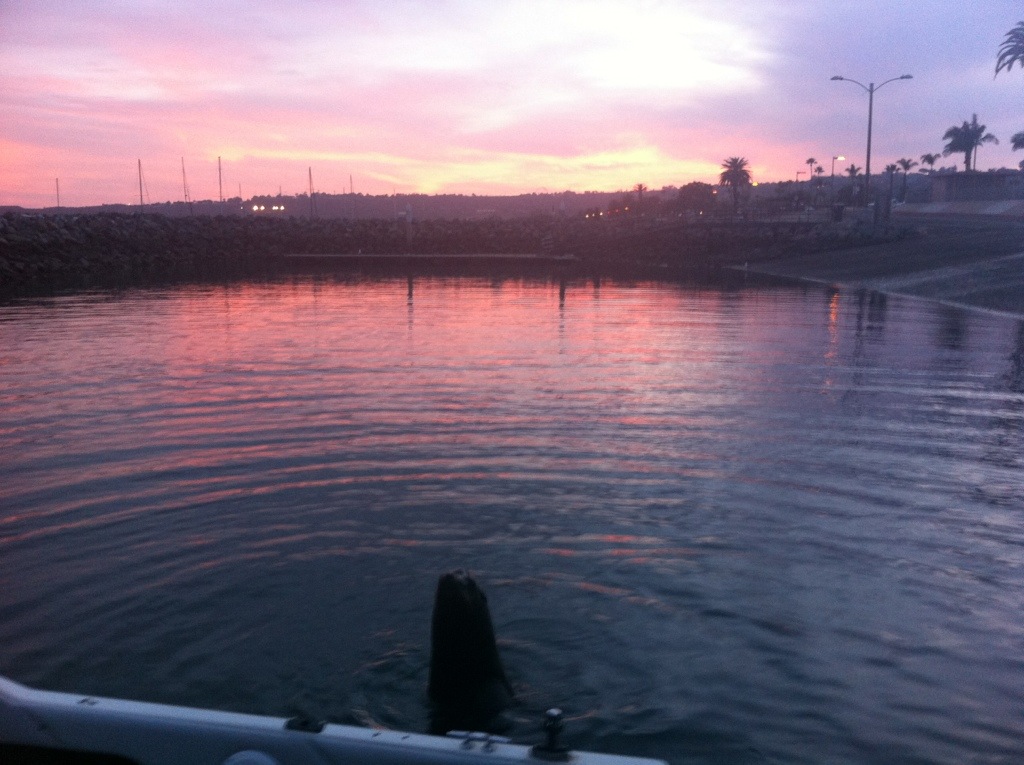 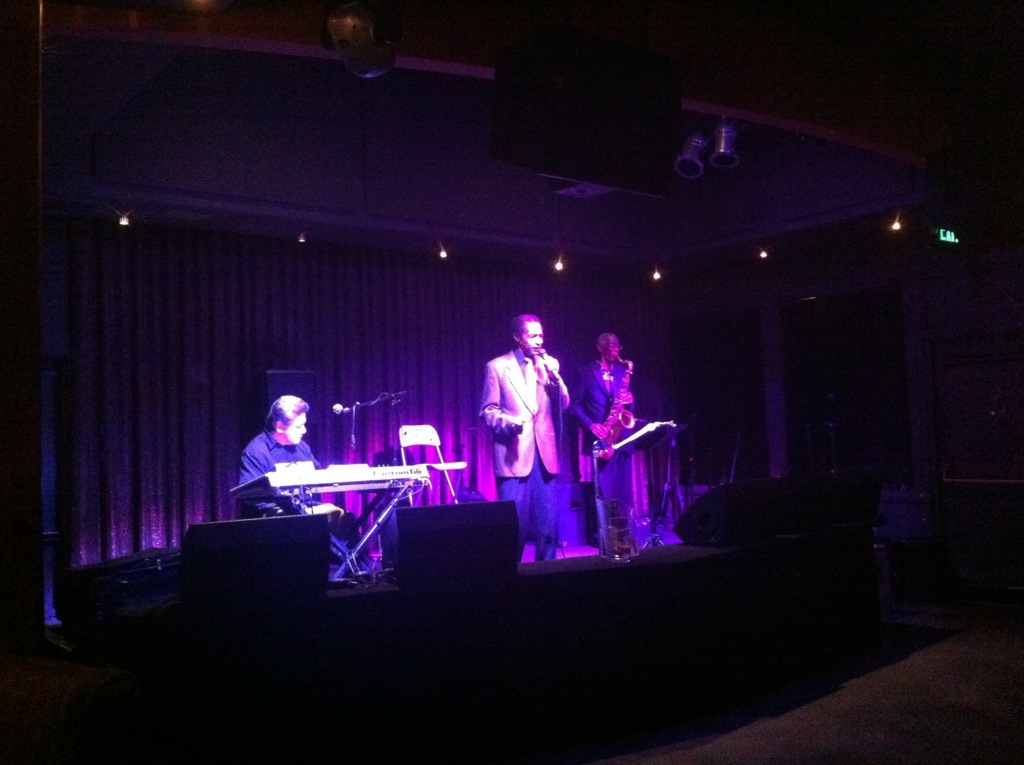 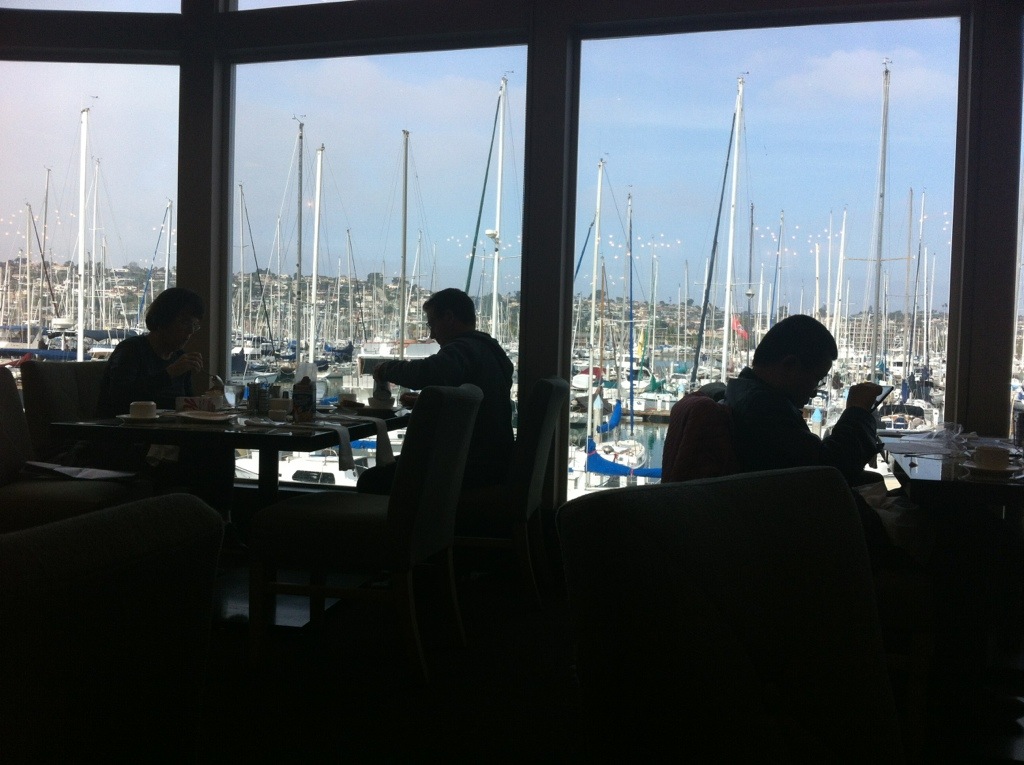 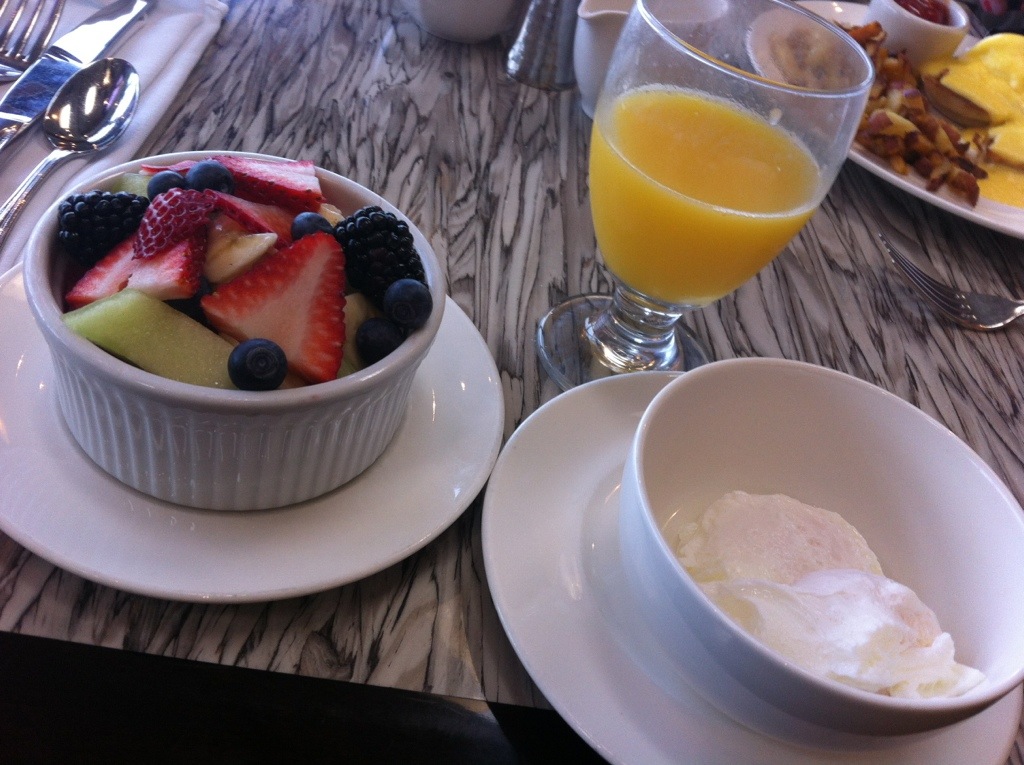 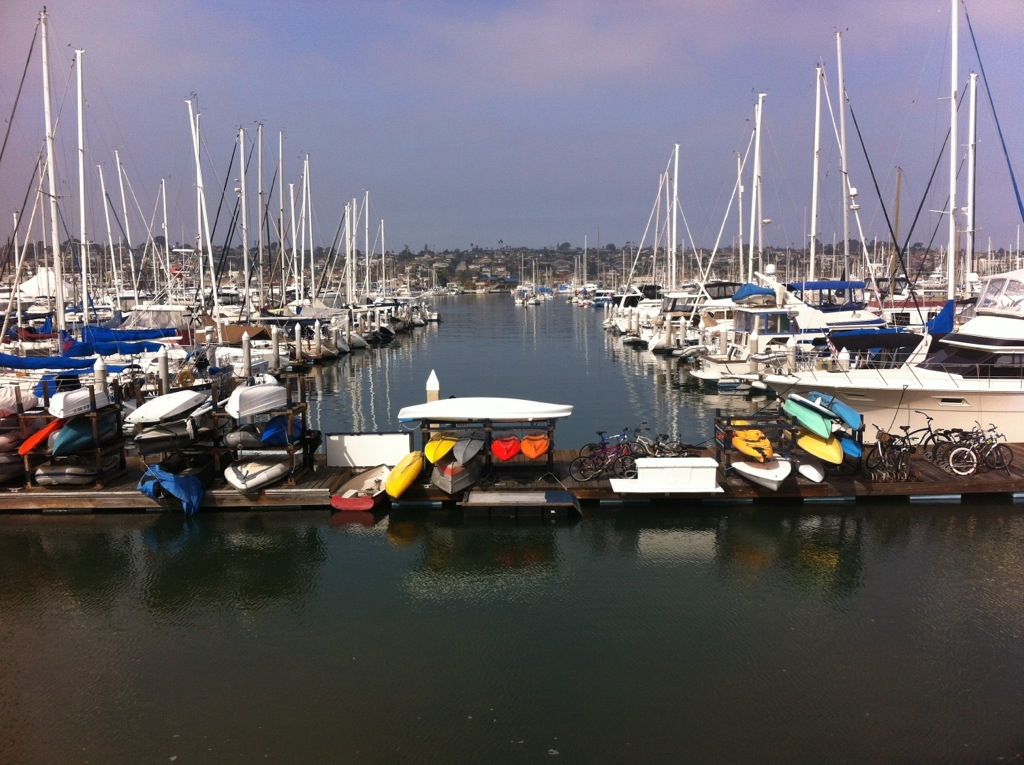 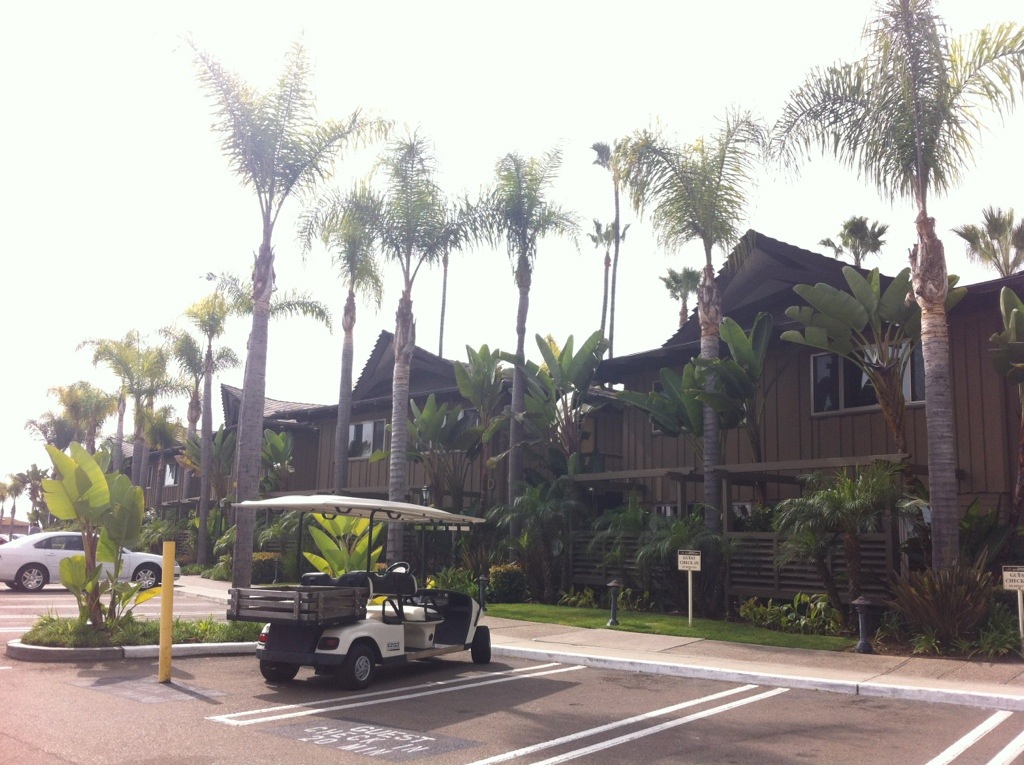 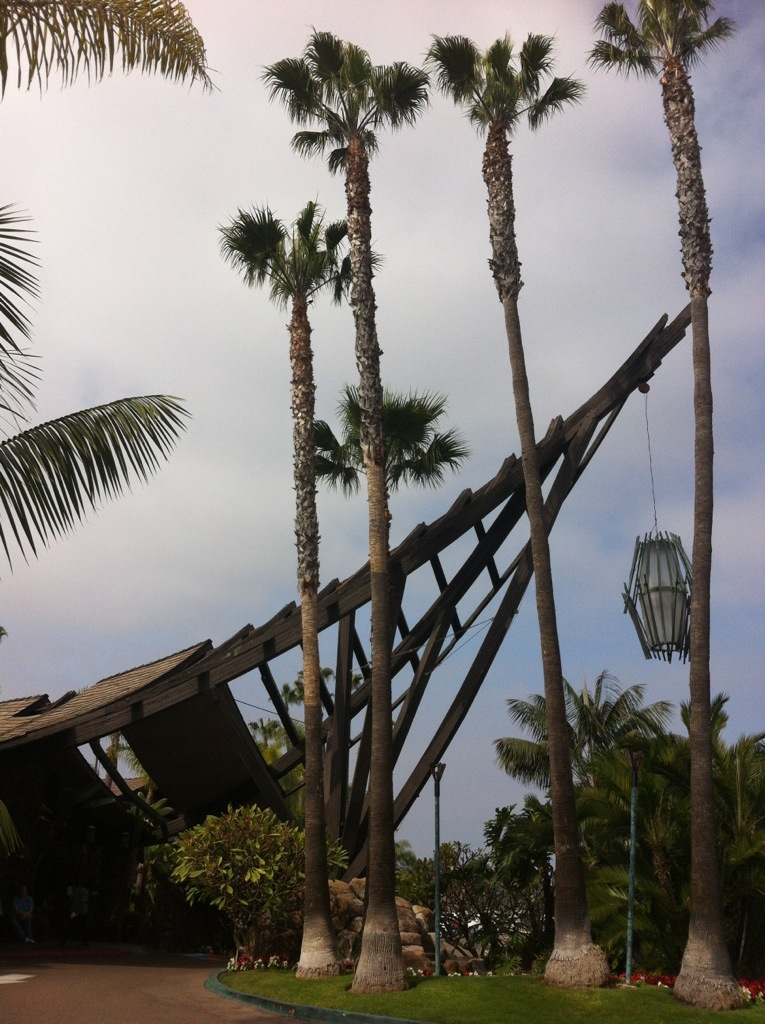 On the way back to San Diego we went to the San Jacinto Mountains, where we took a cable car up 8,000ft to the top where there was an incredible view.

At about $25 a pop it’s well worth doing but take a cardie, it’s chilly up there! 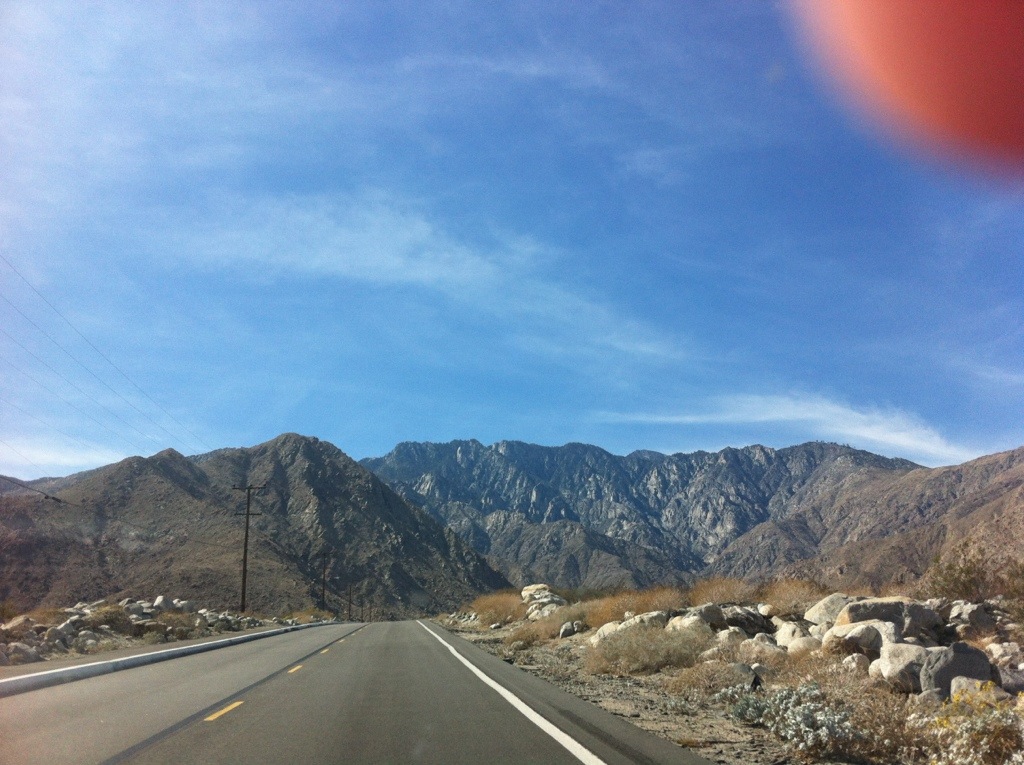 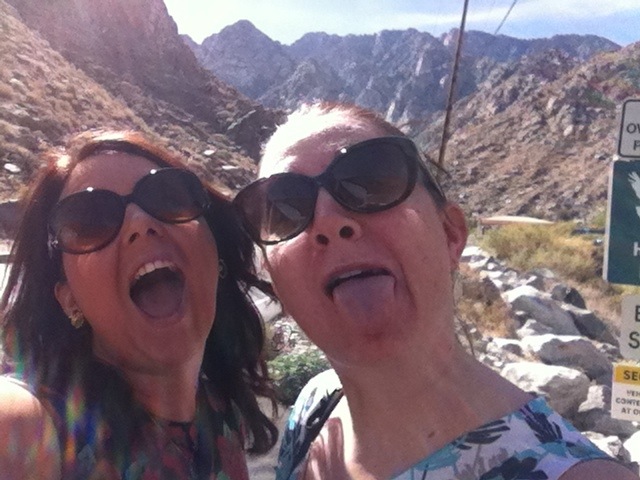 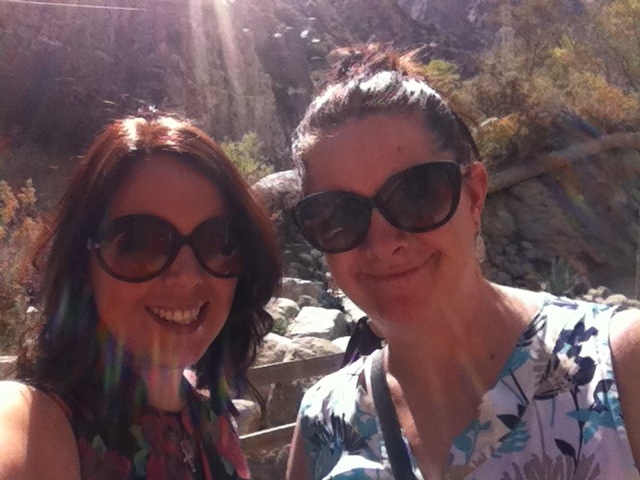 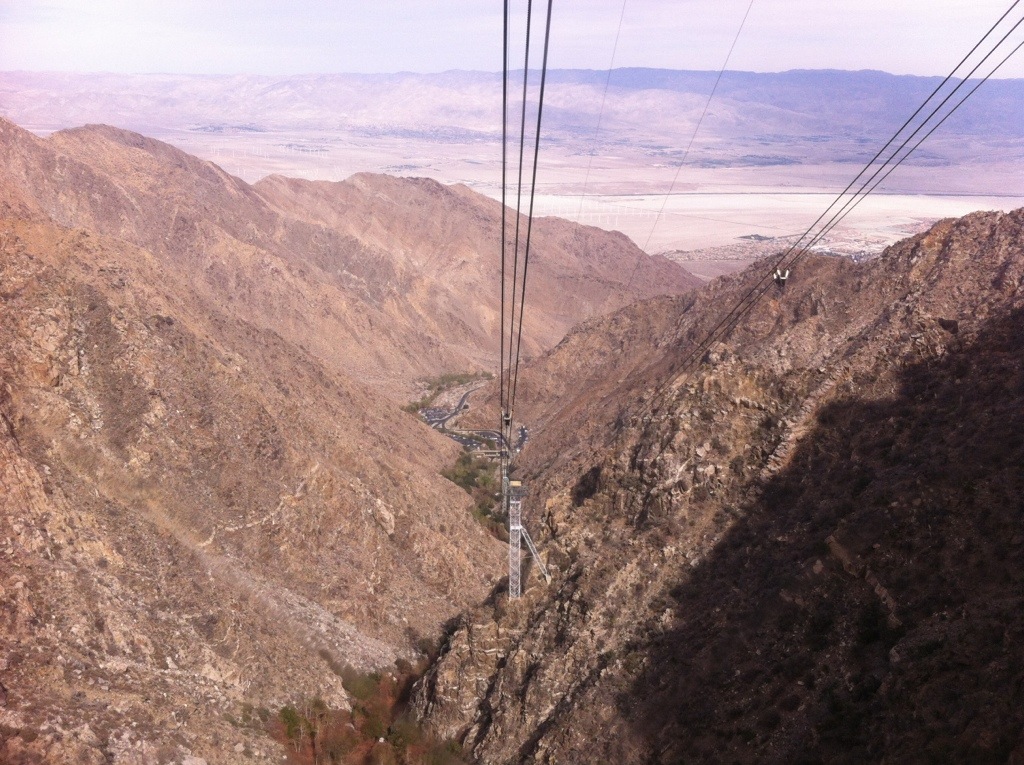 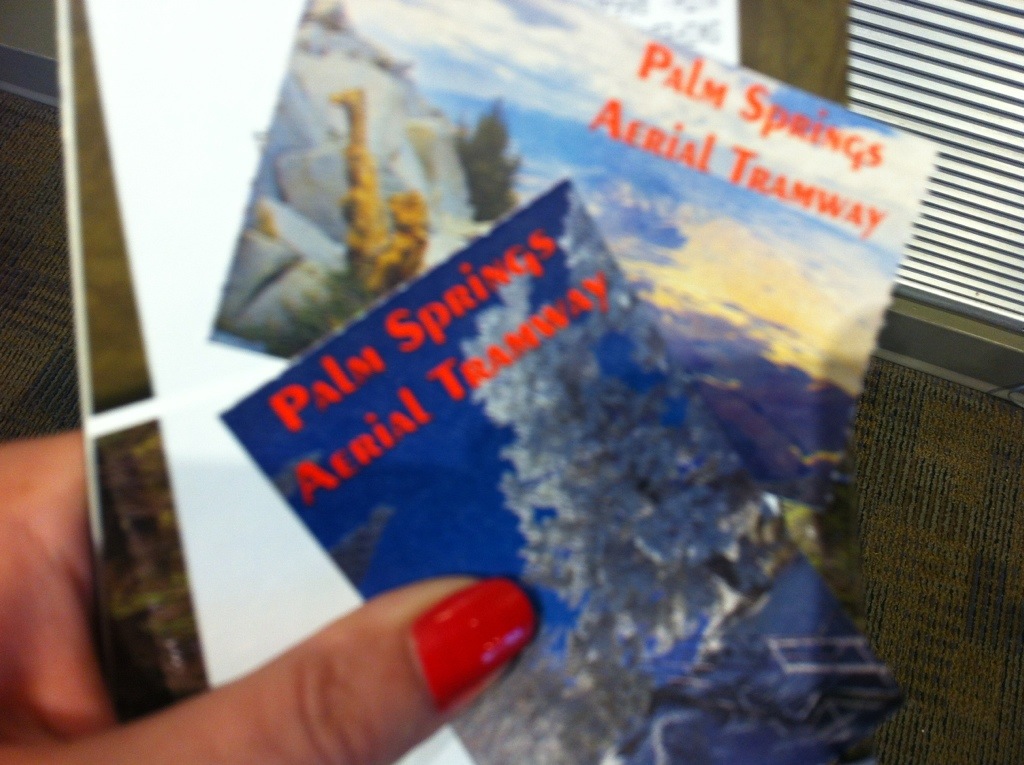 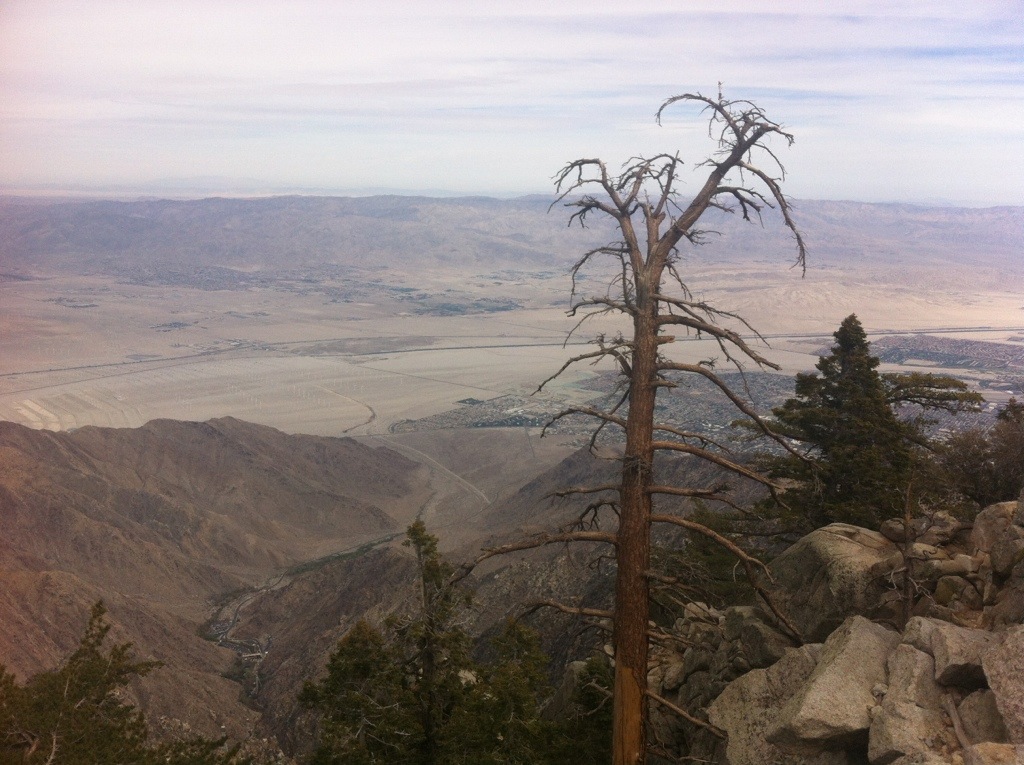 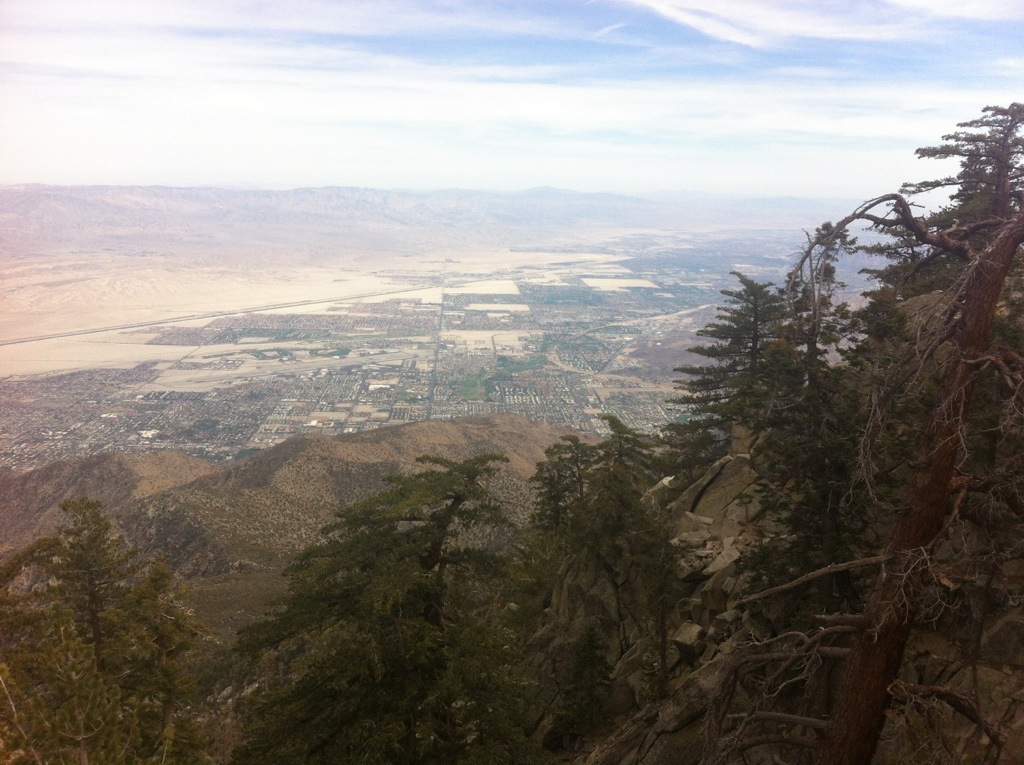 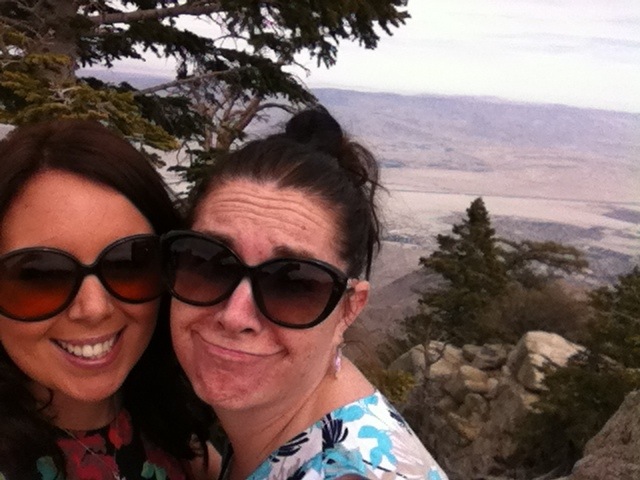 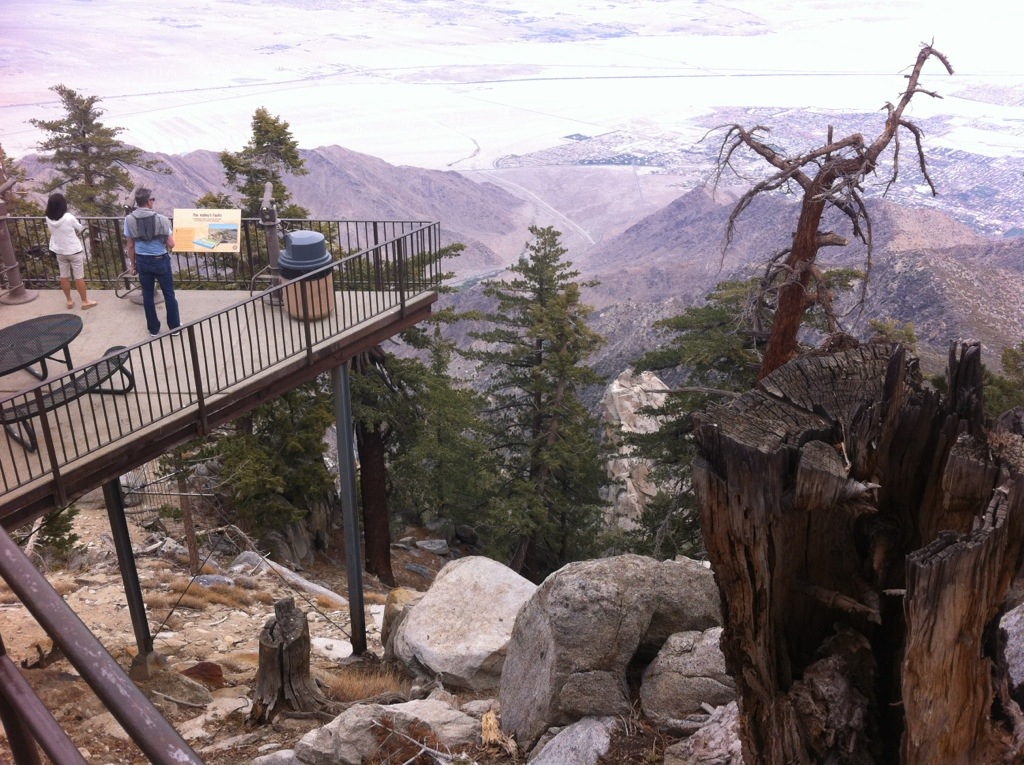 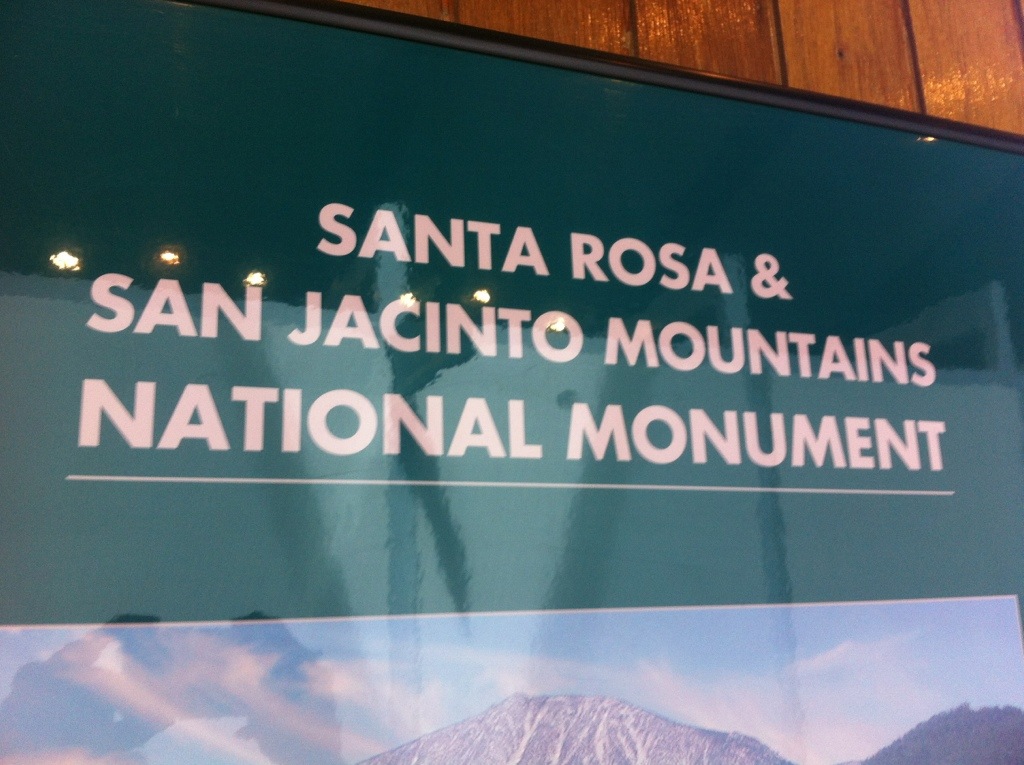 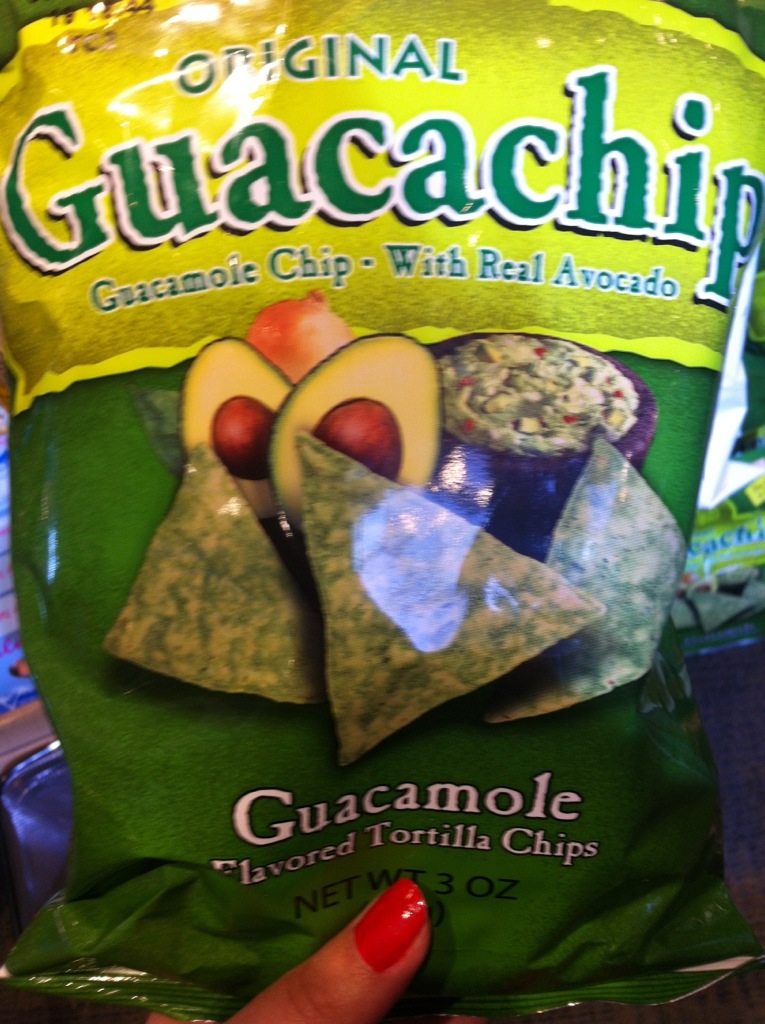 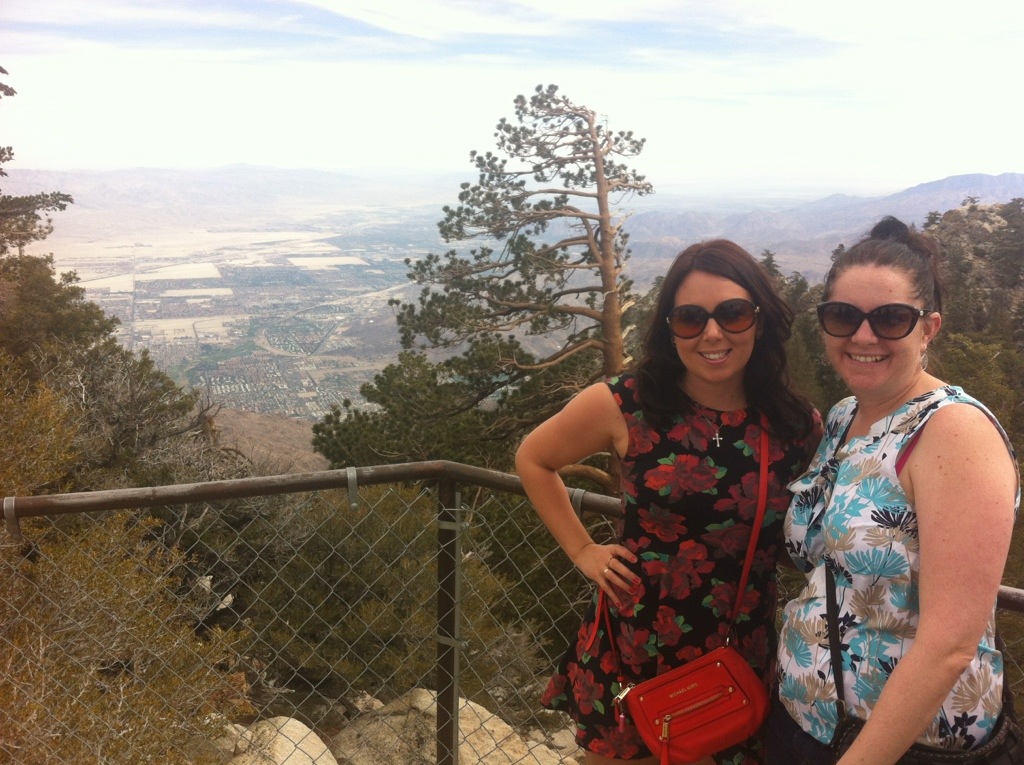 This ended up being my favourite day.

I woke up feeling like utter shit. I hadn’t drank in a few weeks and I hadn’t drunk much the night before but I paid for it.

We cleaned up and checked out then Sarah, Jay’s friend from oz and her partner, Drew picked us up and took us over to West LA to watch the NFL semi finals.

It was crazy! Loved it. Was still not loving my hangover though. Jay was fine having some drinks.

After my salad I started to perk up though and my friend, Jon came to pick us up to show us his hood. At the same time, Jay started to crash. We swapped roles.

We drove through Santa Monica and Venice Beach in Jon’s HUGE truck (which I love! Ford F150) listening to great tunes and soaking up the sunshine.

I love the beaches in the way to Hermosa. There’s this great beach with drum barrels the whole way along the stretch and Jon explained that they’re legal Bon fire areas! Everyone goes down there and chills out in the evening. I thought it was such a great idea!

Finally we arrived in Hermosa Beach. It feels like you’re in a holiday town. I wish we’d been there the whole time and were staying a week! It’s just gorgeous with this great vibe.

I was starving (nothing new) so we popped into Hot Kitchen on Jon’s recommendation and ordered tacos. Holy bajeezus they were good!!!! Must try if you’re in the area. I even had a cider.

We went to Jon’s apartment (which was gorgeous, right on the beach walk) then walked along the beach and the pier as the sunset. It was stunning and I didn’t want to leave. But time was pressing and I needed to head to the airport. Luckily LAX is only about 15min away.

I said goodbye to Jon and Jay and waited for my flight. Funnily enough the area I was in only had flights to NZ, Brisbane and Vancouver. I was almost wishing I was on one of the other planes, I’m looking forward to going home!

One of the bigger days on the trip, I had breakfast and met Jay in the foyer of her hotel, the Grand Californian Disney hotel on the park. It was a short walk. Pleasant in the sun, man I miss the sun.

We headed into California Adventure park and did heaps of rides. Tractor ride in cars, Ariel’s clam ride, mickeys Ferris wheel, log mountain thingy ride, you get the drift.

We skipped back over to Disney to meet Jay’s family. Lunch was just a chicken and avo sandwich (burger, they call then sandwiches) with fruit. Healthy options even at Disney – yay!

I went to the Star Wars area and tried to jump on the Star Tours ride but the line was too long. Bought my bro’s a secret pressie, a hat for my goddaughter and some Mickey Mouse pjs for me then we were off.

You wouldn’t think it would be too hard to get from Disney/Anaheim to LA/west Hollywood but boy was it a mission.

4pm on Saturday, so there is limited transport running. We can take a taxi or bus to the train station ($28 on Amtrack) but that will only take us to Union Station and we are a good hour on the subway after that. Not happening.

We tried to rent a car, we walked to the yards and even though their sites said they were open to 5 they were both closed.

The hotel we walked into tried to help us, seeing if there was a shuttle or private car we could take.

In the end we got a taxi for $100 including taxes and tips. Good to know for next time though. I would really have thought that with all the travellers there would be a better transport system in place.

We checked into our hotel, The Standard Hotel in West Hollywood. It was totes amazeballs and I fully recommend it if you are staying in that area!

It’s a very trendy hotel, an amazing lobby with fancy furniture that Jay recognised as somebody’s work who I can’t remember.

There’s a bar that flows out onto the pool area that I would have liked to visit given half the chance.

Our room was massive! Minimalistic, a big bed, orange plumbing fittings, a rainfall shower head and a balcony by the pool area on the first level.

We ran over to Trader Joes. I fell in love! The cheese and meat is do cheap! Ended up with a big platter of food for dinner and 2 bottles of wine.

We walked past Chateau Marmont on the way there, valet literally lined up a block and there were gates set up for paps, Golden Globes was the next day so it was crazy.

My friend Amanda gave me her friend, Alethea’s number so we met her at Fatty’s in West Holiday for drinks. We then continued on to Greystone & Henry Hoorah or something like that.

The club scene there blew my mind. All bottle service. All booths. All big groups. It was amazing. No room for the normal folk. I’m sure I would’ve enjoyed it more with bottle service but as someone just visiting I didn’t particularly love it. Great scenery though.

We rocked home and came across the luggage trolley on the way back to our room. Being the drunken idiots we are, I jumped on it and Jay pushed me home!

Day one was mostly taken up by transit. I arrived in LA at 8.44 and got to Hollywood where we were staying about 10, which is pretty good really!

They actually cleared us for USA arrival in Canada. What a great idea! Saves so much time at the other side.

Jay was pretty excited to see me – I would be too haha. She’d bought me a star saying ‘#1 Wife’ from the Hollywood walk of fame.

Friday we headed over to Anaheim after a quick look around Hollywood. It’s my second time visiting so I wasn’t too fussed.

Disney was awesome. We went straight into California Adventure Park for lunch in the Cars area at Flo’s V8 Diner. I had roast turkey with gravy, corn and baked beans.

We got fast passes to the cars ride, we were with a Disney employee so we just went straight in. It’s a new ride and the line was huge. Glad we got through how we did coz there was no way I was waiting in that!

We did a few more rides, Pirates of the Caribbean etc and had dinner at Cathay Circle before running back over to Disney for the fireworks. They were beautiful.

We were all exhausted after the fireworks so we headed back to the cars and I checked into my hotel where I had a big comfy bed all to myself just a few meters from the park.

Actually of you’re going to Disneyland, it’s a great hotel to stay at. The Best Western on Katella. Only about $100pn, big rooms, clean and safe, free wifi, breaky and so close.