I was in for the ultimate surprise when I arrived at Ovolo 1888 in Darling Harbour, Sydney recently. I had no idea it was coming.

I have recently become aware of the Ovolo brand and I am slowly making my way through all their hotels. I have stayed in Brisbane and Melbourne and this time, it was Sydney’s turn. I’m hooked.

A great location, just across the road from Darling Harbour in an unassuming brick building lives Ovolo 1888. It is actually built in a gorgeous old wool store which becomes apparent as you walk inside.

I had the best service and was welcomed by Evfemia who excitedly let me know I had been upgraded to a suite. Sounded great I thought, but I still had no idea what I was in for!

I had been upgraded to the Stirred suite. At the top of the hotel with 180 degree views and floor to ceiling windows looking out to the harbour. You walk up the flight of stairs to find firstly, on your right, a charming patio, the perfect place to enjoy a wine as the sun sets from the all-inclusive bar (yup, the mini bar is all inclusive at Ovolo, did I mention that? One of the many reasons I love staying there. You guys know how I feel about mini-bars and snacks!) with friends.

On the landing you’re met with views out from every angle. The bed has funky, bright graffiti artwork behind it. Ovolo’s style is unique and unexpected, funky and trendy but not over the top. Around the corner, past the couches is the HUGE bathroom with again floor to ceiling windows, looking out into a lovely potted garden area. Yeah, you can open the door in the rainfall shower and feel like you’re having an outdoor shower, a world away from the hustle and bustle of the city. Bliss.

So, as well as being uber funky and cool, with a free minibar and loot bags full of snacks, you also have Alexa at your service to help run the room. Want to turn the lights off but don’t want to get up? Ask Alexa. Want to listen to 1950’s rock, Alexa is your lady! Want to turn down the aircon, Alexa is all over it. Oh, and there’s adorable slippers. Can’t forget the slippers and robe. Perfect for me as I was getting ready for an event and didn’t want to spoil my dress (yes I am that ridiculously messy sometimes) before the event.

Downstairs in the lobby is the coffee bar (you guessed it, also included), the water station with flavoured water (perfect for my post-gala hangover) and a lollie bar. There’s even welcome drinks there each evening where you can relax or meet other guests. I love it!

Thanks for spoiling me Ovolo, I had the best stay in the Stirred suite and can’t wait to try my next hotel!

This is my new favourite place!

I’d heard the rumors the grounds were incredible but I really didn’t understand what the venue offered until I visited.

Based in an industrial area in Sydney not far from the airport, the Grounds of Alexandria are partly sustainable gardens known for its abundance of fresh produce and hands-on experiences. There’s a cafe, bakery, potting shed, florist, animal farm and a coffee roastery.

There are beautiful spaces everywhere you turn, lush greenery and rustic furniture setting the scene. It’s kind of like walking through a magical garden that you would have imagined as a child but combined with all the culinary goodness your adult mind can also muster. It really is the thriving urban sanctuary they describe.

I adore their philosophy: ‘The Grounds is built on the philosophy of creating experiences for communities through quality products, innovations and an ever-evolving vision.’

After wandering around in the grounds in amazement, we decided to eat at the cafe. We were lucky to not have to wait, walking in past incredibly smelling bread and stunning French patisseries.

The cafe was intimate, rustic and had a real buzz. People were moving everywhere and each one of them had their phones out, taking pictures for their instagram. I wonder if it is one of the most instagrammed places in Sydney*?

Our meals came out quickly, I had the signature breakfast, essentially avocado on toast. Avocado, heirloom tomato, feta, pomegranate, za’atar on their own sourdough. Apparently the mushrooms go well with the plate, I was too full to order them too. I did have space for a chai latte though!

Tom ordered the breakfast burger and declared ‘it was the best burger of his life.’ I don’t think I’ve ever seen him quiet for that long while he happily devoured his meal.

The more I write about this, the more I realise it is their philosophy, marketing and model that I’m attracted to. The outcome is something to be truely admired. I’d love to create something similar in Brisbane…

Let me start with saying thank you.

You could tell I was tired when I walked in. Thank you for not making me make decisions of where to sit.

Thank you for recommending food and wine when I asked. Your recommendations were outstanding.

Thank you for paying me attention when I enquired about the wine. You bought the bottle over for me to see AND gave me a copy of the menu with my fave circled. This is after you explained to me the region of the wine and what makes it so darn good.

For the record, I had the fish kofta with smokey eggplant salad – it was devine!! There could never be enough. It paired perfectly with my Spanish organic wine which was heavy and rich with berries.

Thank you for letting me be and sit in peace and take my time. I could see you keeping an eye out from the reflections in the window.

My soy chai latte was made quickly and tasted just how I had wanted it to. You rock.

If I was a local, I would be here ALL the time.

Thank you for looking after me. Not only was your food amazing but your customer service was the best I have experienced in a long time. And I eat out a lot. 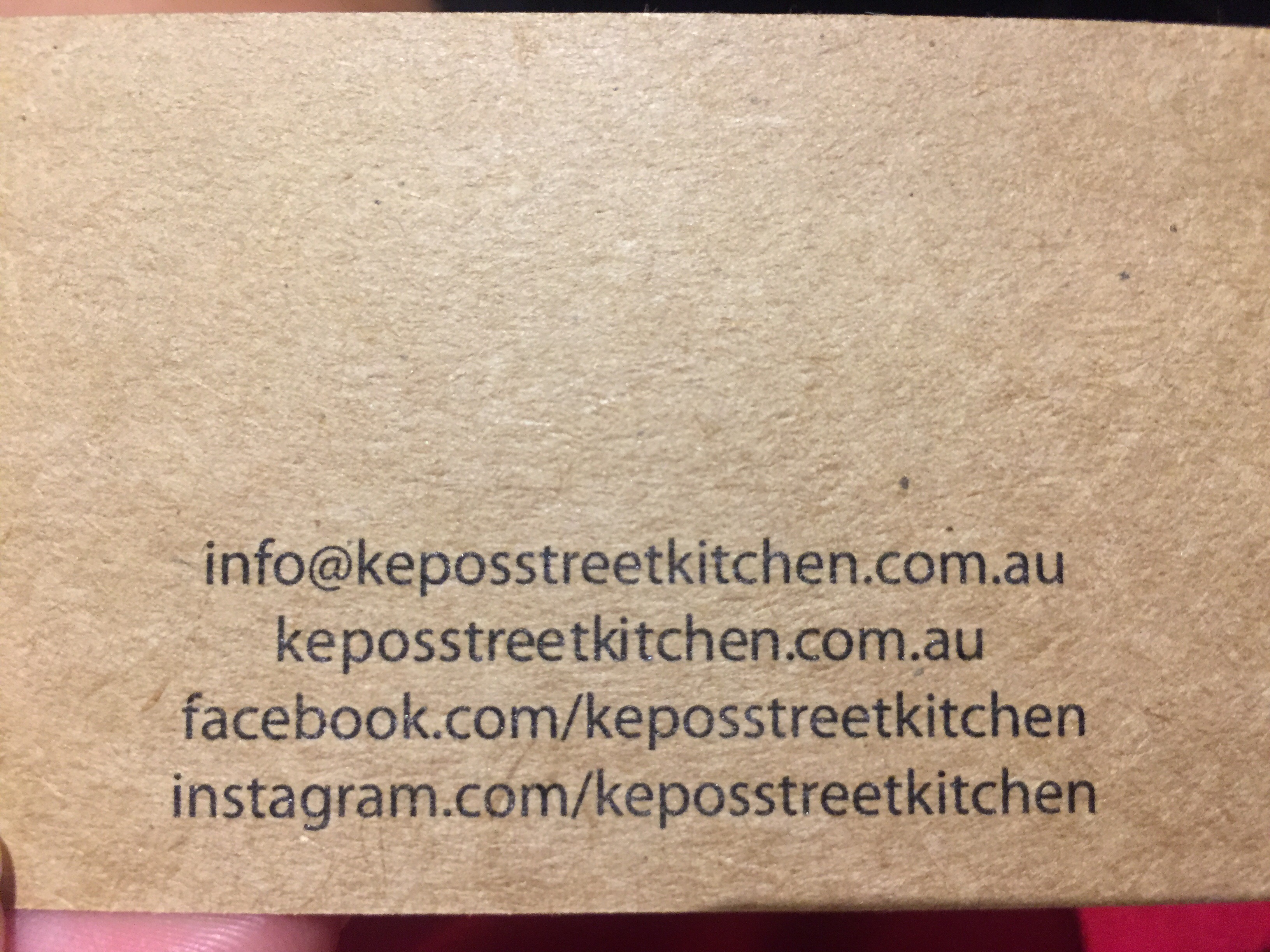 The Village Crow was packed (in typical Zetland fashion) so we waited for a table by the bar with our cocktails. On that note, I’d suggest not to order the fairy floss cocktail – it was a but sugary.
We nabbed a table and ordered burgers, Aisling went for the Cajun chicken with sweet potato fries and I had the Angus deluxe. Ohhhh yeahhhh.

Burgers were on point! Wicked buns and the right combo of flavours – not too big either. Sweet potato fries are a must. 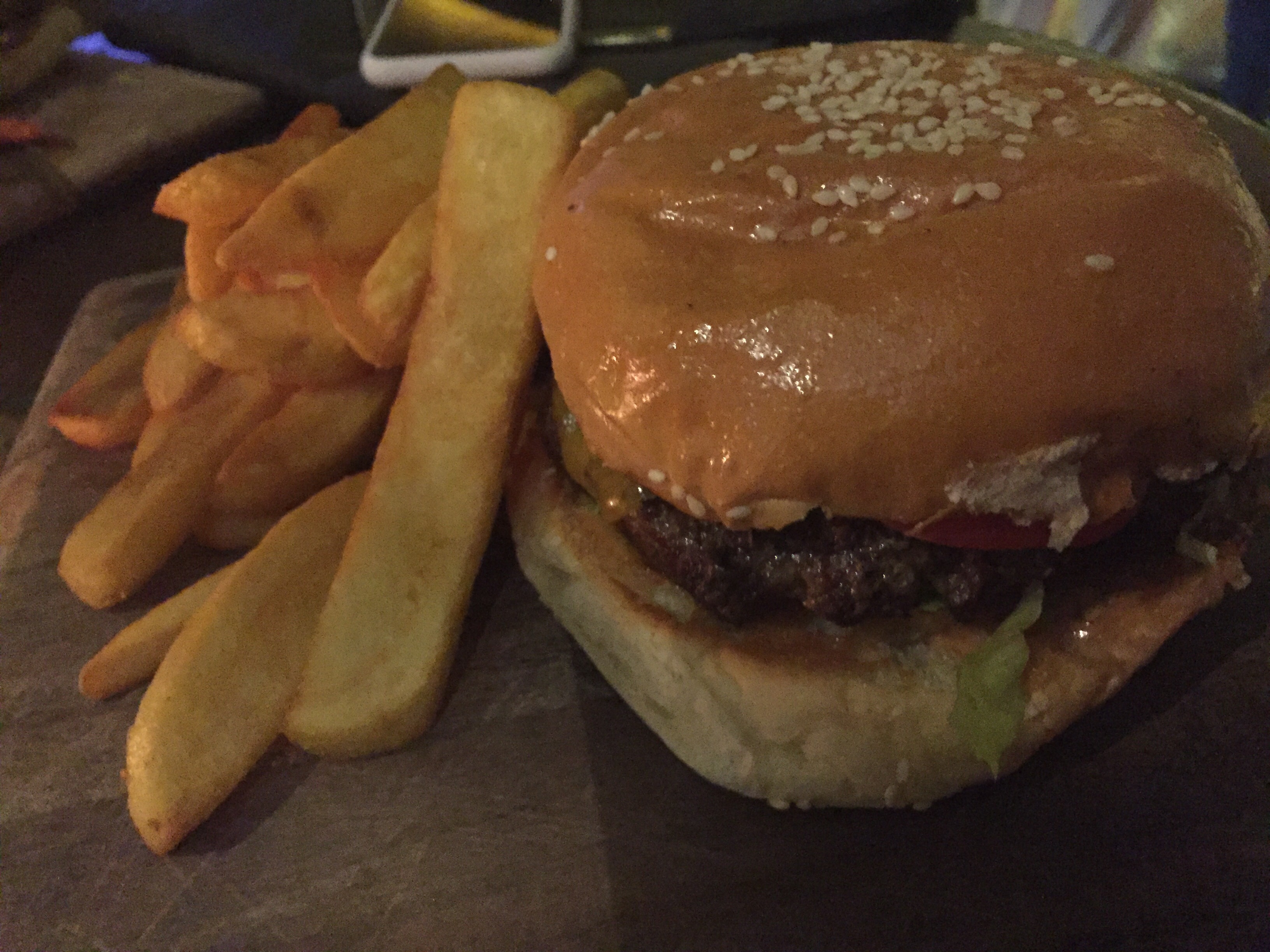 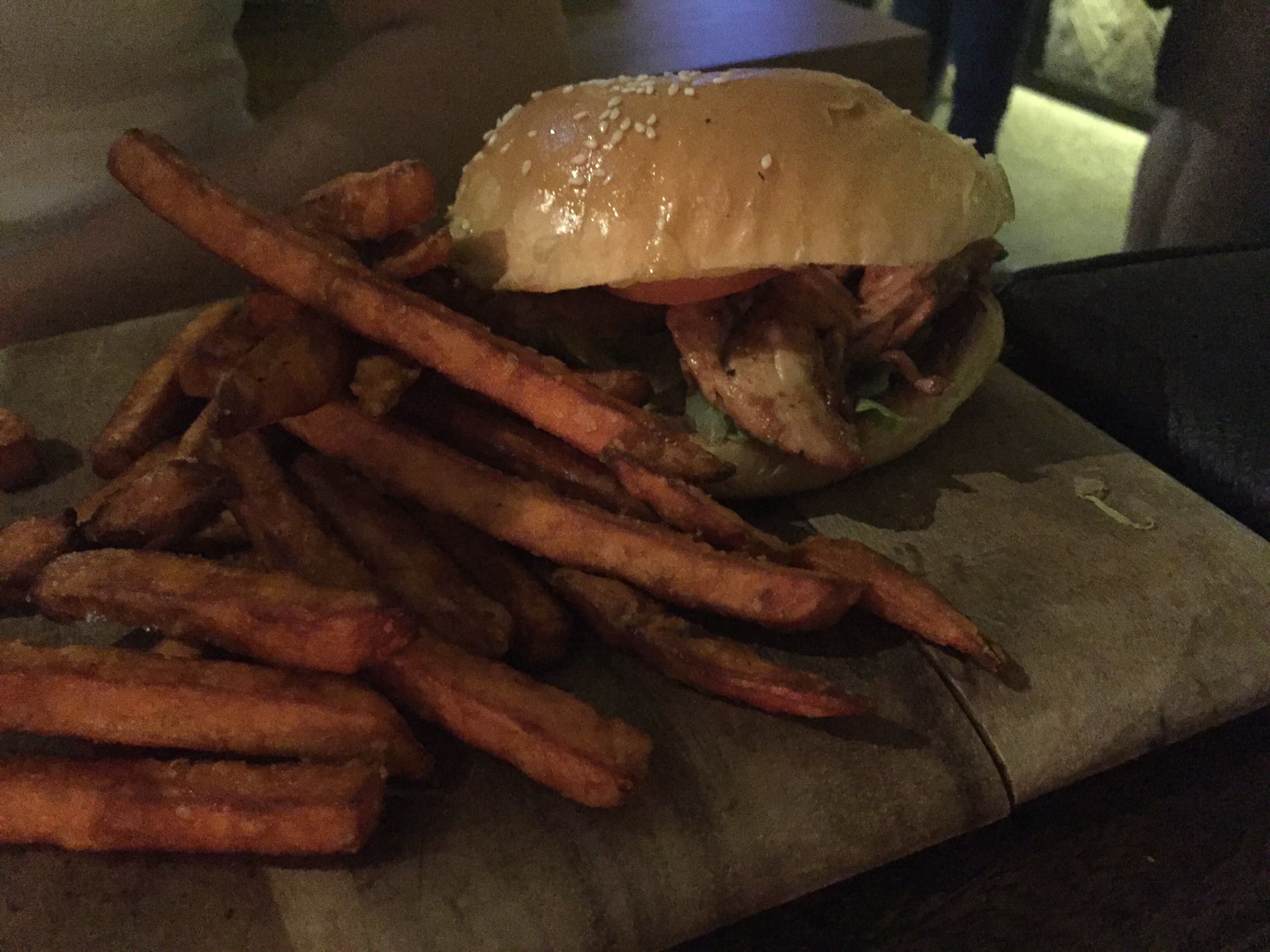 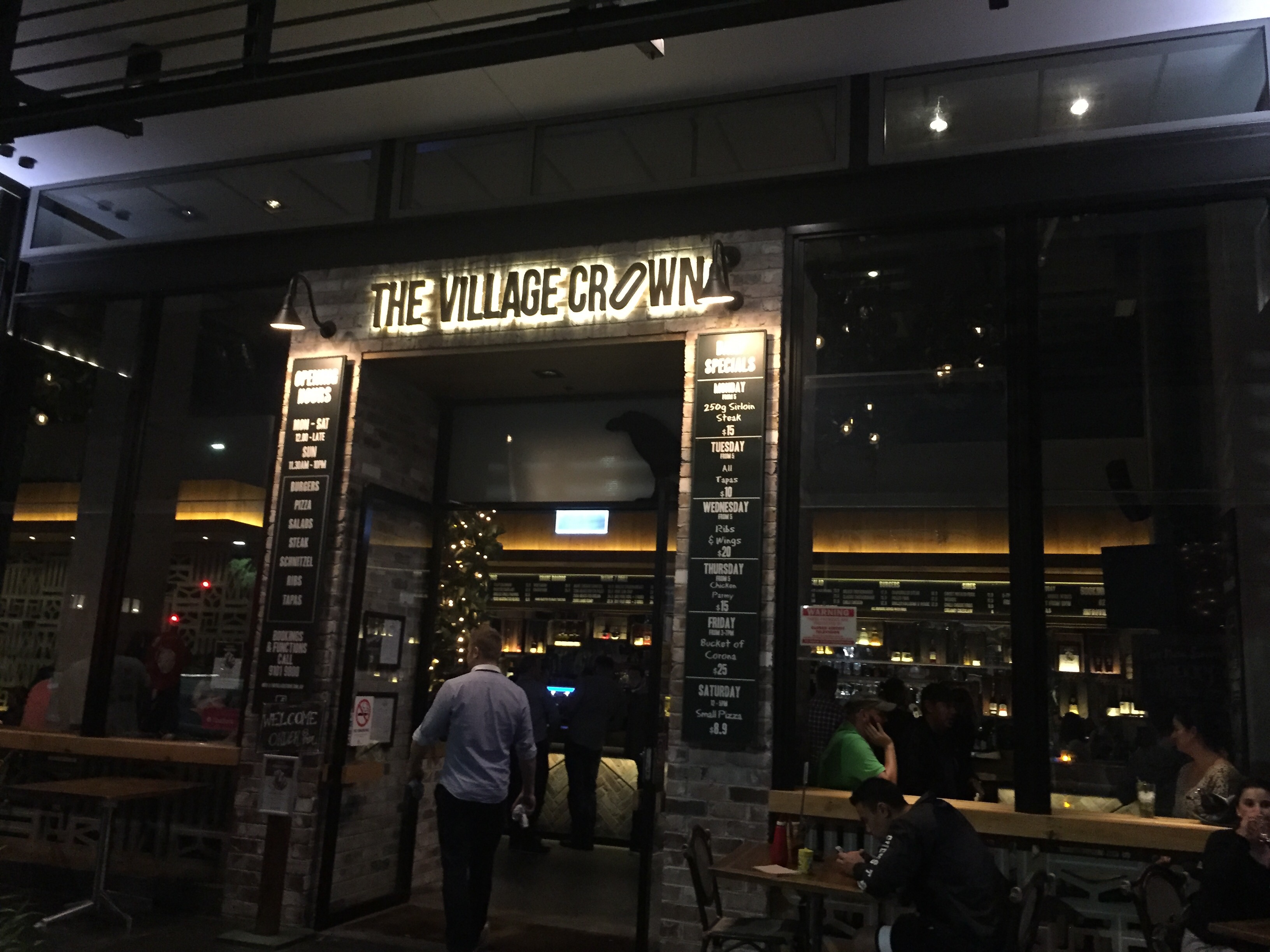 Average at best. The food wasn’t bad but the service was terrible. For me, that outweighs everything. We waited forever for everything and our request for water was ignored twice – they weren’t even that busy.

Wish I checked the Zomato rating before I dined!

What to do when you’re in Sydney alone on a business trip? Take yourself on a date.

The candle was burning and I knew exactly what I wanted before I even sat down.

The waiter had my smooth chianti in front of me in the blink of an eye.

My delicious, smoked chicken, funghi risotto was in front of me before I even wondered when it was coming.

And guess what? They even put on a firework show just for me. Okay, it was for the NRL footy boys but whatever.

Waterfront dining and the best company you could ask for! 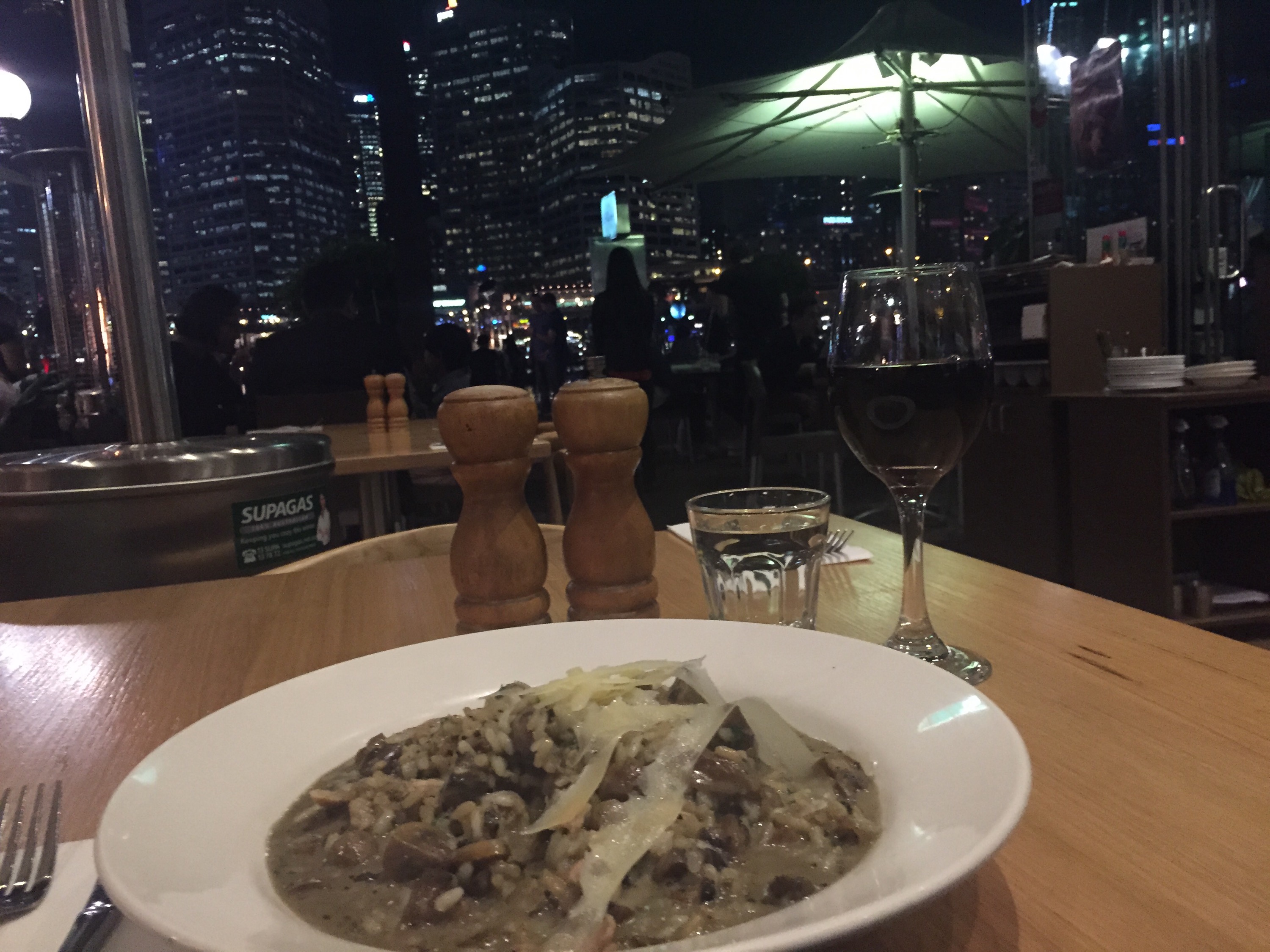 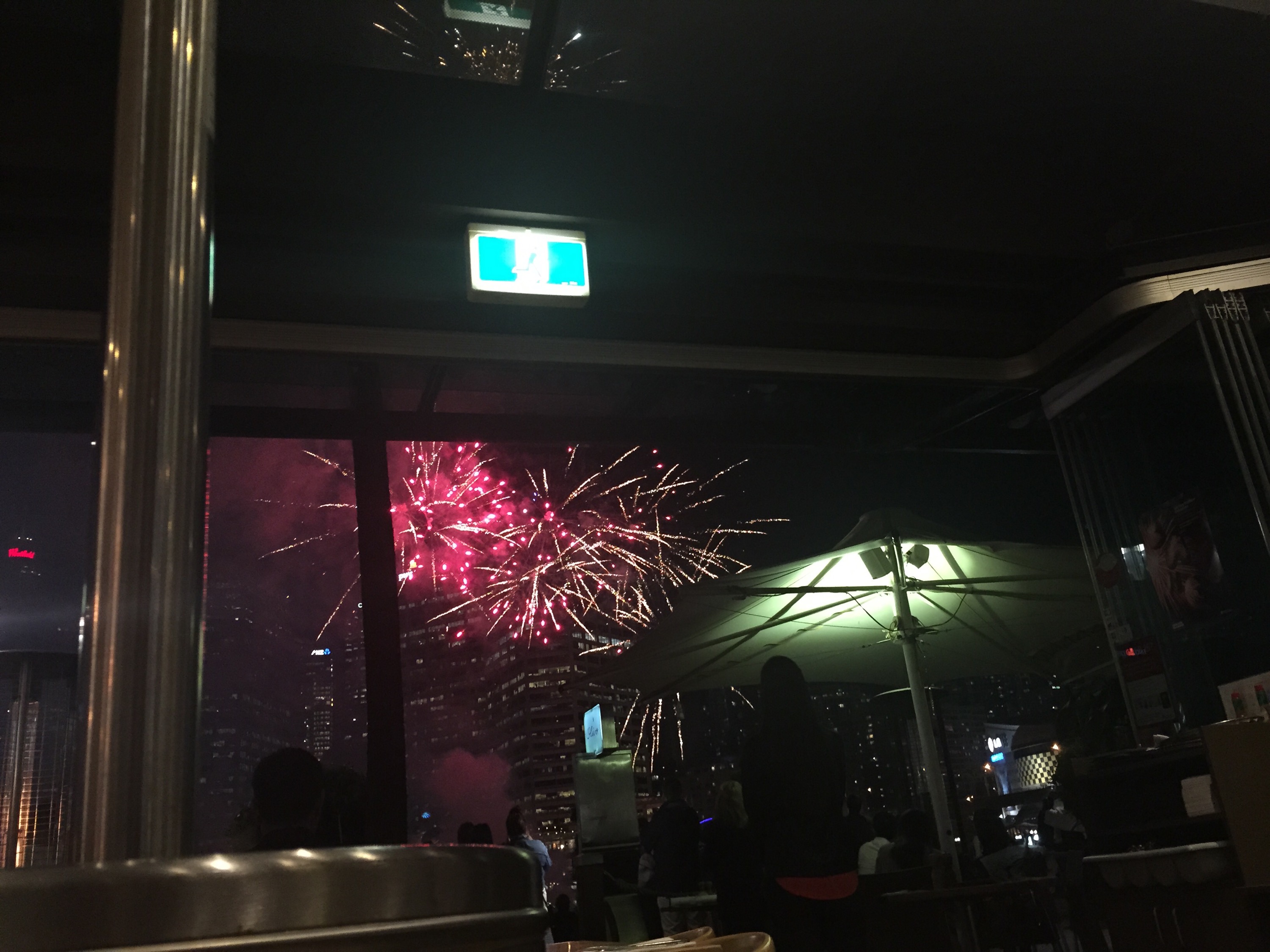 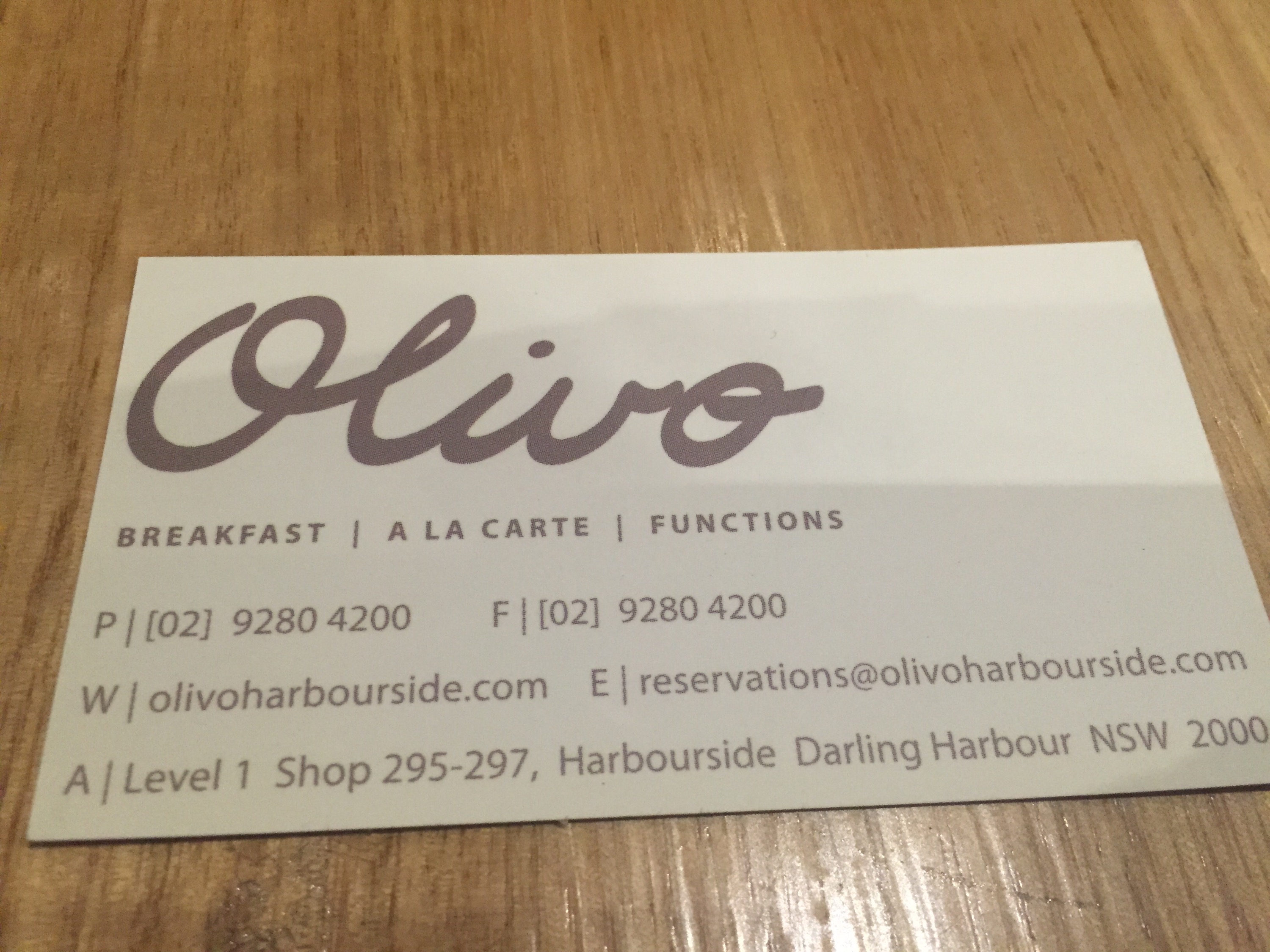