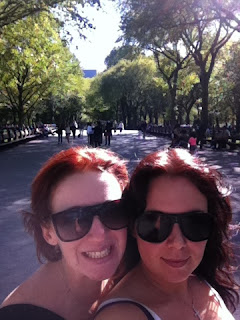 We found our hotel and checked in at 2am. An awesome little place in West Village called The Larchmont Hotel – a great location.

Managed to get next to no sleep but got up early and went to find all the crap we needed due to loss of luggage!

Made our way to Union Square and then to Central Park.
The place is huge and surrounded by incredible apartments all occupied the the extremely wealthy and famous.
Did the mandatory pretzel, hot dog and Starbucks in the park while people watching. Pretzel tasted like sh!t.

From there we somehow decided it would be a good idea to walk to Times Square… It was a lot further away than we thought!!

Went shopping and bought new clothes for that night and the next day. Spent up large at MAC too! 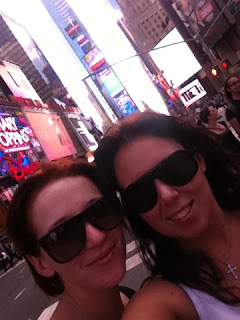 Met up with my old CEO from Baseball Australia for dinner and drinks and in true John style he showed us NY!

Meeting at the Liberty bar on 35th at 7, we arrived and he was late. Luckily he had put our names on the door so we headed in, only to find we were in the middle of a cocktail competition for Appleton Rum.
Free cocktails of every kind lined the room and there were ‘celebrity’ judges with cameras everywhere. The only one I recognized was the chick from Hangover 2. Anyway John finally arrived with some friends and 4 hours later at midnight, while drinking at The Australian, we realized we hadn’t made it to dinner yet and we should get some. Immediately. 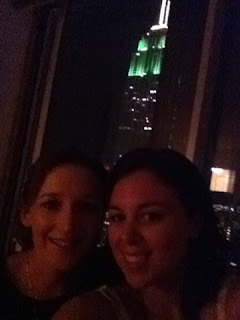 I wanted Japanese (obviously) so we found a restaurant that was open and settled in. No idea what it was called or where it was but it was delicious and everyone should definitely go there!

After enough sashimi, edamame and saki we headed to John’s apartment to see what all the fuss was about. Looking straight out to the Empire State Building, the views were incredible. We drank champagne and decided to go dance on the bar at Coyote Ugly.

Somehow instead we ended up at some little bar drinking again. Anyway fast forward to 5am and a street kebab later, we made it back to the hotel to find our luggage patiently waiting for us! That happy. 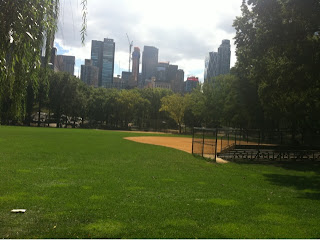