We were a novelty on the train this morning for my friends Mum.. She was so excited to take the train to Manhattan from Long Island with us!
She had bagels with cream cheese and coffee ready for us and got us to call her mate (who was a red head) and explain that we call em rangas (gingers) in Oz! Funnily enough she was a ranga and so was Gem so they had a great old ranga chat! 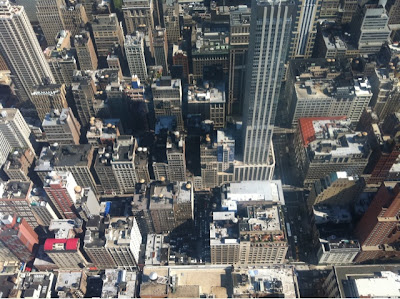 She also knew the conductor of the train so he came over to meet us and gush over us, then the people in the seating booths wanted to chat to us – was hilarious.

Decided to check out the Empire State Building, luckily my old boss works there so we got up to the top at no cost with no lines. Beautiful, sweeping views of the city from the 86th floor. 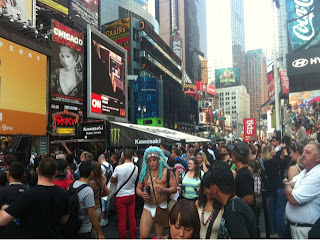 We then met a friend of mine for lunch and met his lovely new wife. His work was right by Grand Central Station which we ended up in by accident and glad we did coz it was beautiful.

After that it was time to head to Times Square to purchase our Broadway Theater tickets. I wanted to see Jersey Boys and Gemma wanted to see Stomp. Who knows how but we ended up at Mary Poppins!

Mary Poppins was cool, I was more awed by the stage props and effects then the performance itself but it was another item checked off our list.
During the show I took off my shoes as my feet were so sore from pounding the pathways. Come the interval, I had lost one! At the end of the show there were 4 of us crawling around looking for my sandal haha.

We decided we would only stay out until 1am as we had to head to JFK airport to fly out to Miami at 6am…
..We got home at 5am.

We started off at the Australian and probably too many shots later we were on our way! I have no idea where we went but there were many bars, many drinks and many people.
I do know we went to Coyote Ugly and danced on the bar. I know this coz there are photos and when I sobered up a bit at the airport I realized I was wearing one of their singlets!!

Come 6am the Cadillac was waiting outside to take us away and we were exhausted.

Best way to end our stay in New York!! 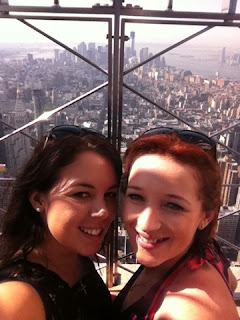 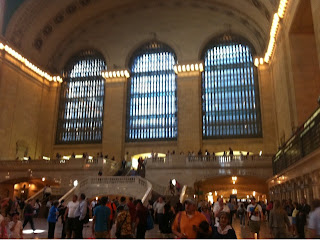 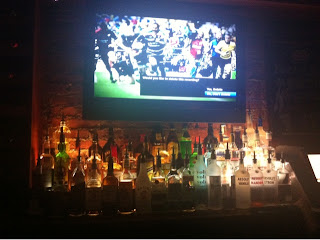 0 thoughts on “No sleep, no worries!”