Ever had to catch a flight in the morning when you’ve had no sleep and likely still intoxicated?
It’s not particularly pleasant. 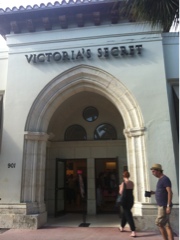 The car arrived at 6am to take us to JFK. It was so difficult to stay awake in the car!

I slept the whole flight, don’t even remember take off.

Eventually we got to our hotel in South Beach Miami and went straight out for a walk around the shops. It’s all art deco with a cool, funky vibe.

We were shopping in a tiny boutique store when some chick and her entourage came in followed by 3 cameras. The friends gushed over the girl and all the clothes she was trying on, they kept doing retakes. ‘Shaniqua say that line again like you mean it!’ “ohmigod you look aaamazing in that guurrlll! That red lippy, those red shoes, the boys will be allllll overrr youuu!” 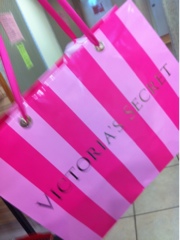 When we left the store we had to sign release forms and have our pictures taken so they could air the parts we had been filmed in. Was for some American reality TV show.

We wondered around a bit more and stumbled upon Victorias Secret… I was sooo excited!!
There’s four different lingerie rooms plus a room full of beauty products. I think I spent 3 hours in there and half a pay check haha. The customer service is fantastic, always someone to assist without being too pushy and no waiting. Can’t wait to find another one! Hopefully one with the shoe range..

We were going to nap but after shopping it was nearly time for dinner. My good friend Lisa had recommended a restaurant/ bar/ club from when she used to spend a bit of time there and it did not disappoint! 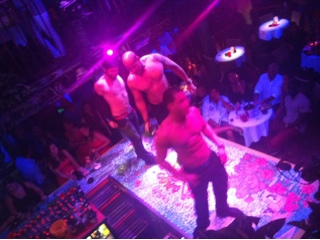 Mangos Tropical Cafe is one of the coolest dining/bar experiences I’ve had. And I’ve had a few!
The entire place is jungle themed, with ridiculously good looking and ripped half naked men as the waiters. The food was yummy, the drinks reasonable and the entertainment was frigging awesome! Think bands, Latin singers and dancers, men stripping on bars, break dancers, all sorts of performances. 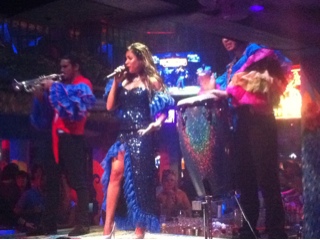 Later on Mangos turns into a club. We met some cool guys and hung out with them most of the night, drinking mojitos, petrone shots (which I wish I didn’t do, tequila is bad) and dancing. One of them, whose name I still can’t be sure, even though he added himself on my Facebook, had taken a liking to me… When I came out of the bathroom, our gorgeous waiter from dinner was Latin dancing with a colleague. He let her go, pulled me into his arms and started dancing, at which point the other guy came out and saw and left! I think he may have deleted me off Facebook by now haha. 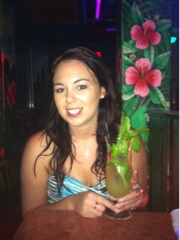 We headed back to the d-floor and a guy summoned me over to his group. We kept walking as we wanted another mojito. Next minute a security guard comes over to us and asks us to accompany him to the VIP area. Turns out the guy who had summoned us over was some big shot. There were whisky bottles everywhere and him and his crew were drinking it with water. Was disgusting. We didn’t last long after that, with three hours sleep we were exhausted. 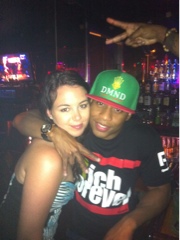 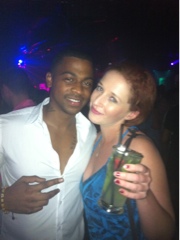