San Juan is probably my favorite stop on the cruise. Surprisingly considering that it isn’t my typical choice of location. No sweeping beaches, palm trees or snorkeling.

We began the day with a 5 hour Puerto Rico favorites tour which included three ‘cities’ and a rainforest trip.

I spent the entire rainforest trip scouring the greenery for animals and the most I found was a dead bug. Typically, being a tropical rainforest it rained but due to all the lush vegetation you could nearly tell. 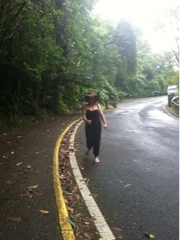 Gemma was busting to go to the bathroom and of course there wasn’t a rest room at the stop. Hilariously (even more funnier as she was wearing a full length jumpsuit) she ran up the road and popped a squat in the bushes. Being the great friend that I am, I didn’t help with privacy or location choice as I was too occupied laughing at her. Moral of the story, if you’re on a tour and there’s a restroom, use it. You never know when there will be another one. Also don’t wear a jump suit when you may potentially have to pop a squat.

We visited old San Juan and then the new, checking out a Fort that was built to protect the city in the event of sea invasion. We had 45minutes at the Fort so Gemma and I entertained ourselves with some amusing photography. How many times did I have to jump for Gemma to take a good pic of me mid air? Eight it would seem. And how many times did Gemma have to jump in the air for me to get a good jumping pic? One.

We were dropped in the main shopping area and had a look around the shops. They’re so cute. Pebbled roads, multi colored pastel and bright shop fronts with wrought iron balconies and doors. I could have stayed there for days.

I found a Guess outlet store and nearly bought two pairs of jeans for $75. I didn’t and it is with regret. If you see something you like on a cruise stop, buy it! You can’t go back and get it. Second time in two days that has happened to me so I was a little cut . Ahwelll bring on shopping in Los Angeles! 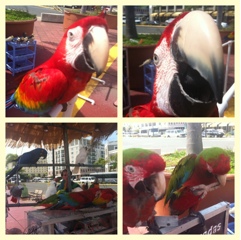 When we were nearly back at the boat we came across a stand with dozens of beautiful, huge multi-colored parrots sitting on it promising a photo shoot for $10. Gemma and I gave it a go, was so funny. The birds are extremely well trained.
At one stage I had about 14 of them on me and the trainer yelled ‘boobies’ at two of them and they flew over and landed on my boobs! We ended up buying a few more pics and I had a Macaw Parrot kiss me! Literally. I closed my eyes and it opened it’s beak around my lips and stuck it’s tongue out. I didn’t buy that pic but Gems did. 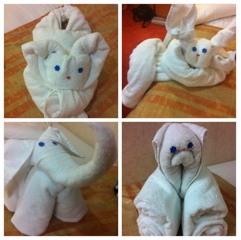 Back on the ship our rooms are serviced twice a day, (perfect as we nap every arvo and come back to a perfectly made and turned down bed) but most importantly each time we come back there is a cute towel animal waiting for us. We have had a koala, bunny, elephant and something that I’m not sure what it was meant to be but it was cute!

Each night we head to the top deck for entertainment. The Americans all know these dances to songs like ‘the wobble’ so everyone gets on the open deck of the boat and learns the dances, it’s heaps of fun especially after a few drinks! 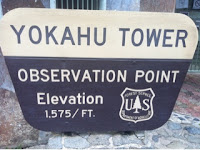 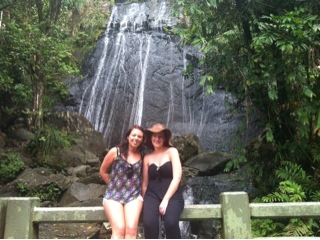 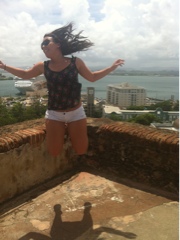 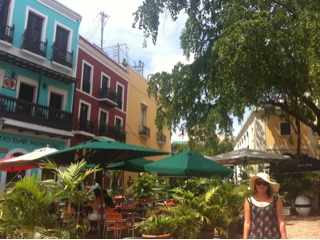 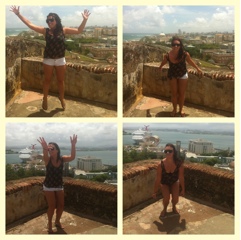 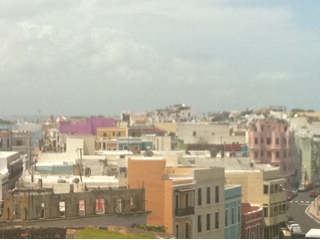 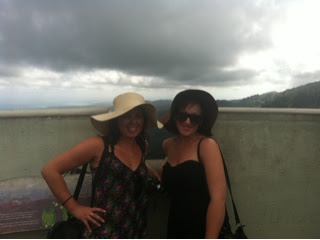