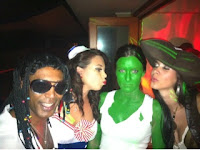 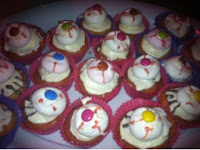 My friends throw the best parties. Especially Halloween parties, with one of them being American you wouldn’t expect much less but this man really knows how to make a bunch of people party their socks off!

Last year this party was so cray it ended up on the news… a couple of times. But that’s another story. 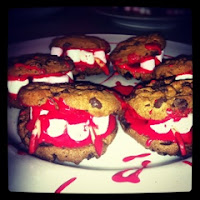 Party starts at 7pm and if you ain’t on the list, security won’t let you in.
There’s a hallway of terror, where you walk in groups of four through the entrance, between sheets hanging splattered with blood, cobwebs and ghosts and spiders everywhere. There are four guys stationed along the path that jump out at intervals and scare the living daylights out of you. One even pops up from under a gravestone on the ground. Certainly sets the scene for the evening!
Inside you find promo girls taking around nibbles and shots as well as two pole dancers who give out lessons to those tipsy enough to give it a go. 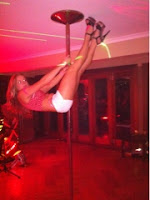 The entire house is decked out in Halloween decorations and of course the food is all themed too. They even imported red pool dye so the pool looked like it was bloody.  I thought I would have a go at making eyeball cupcakes and fanged teeth cookies! Cookies didn’t look too bad but the cupcakes on the other hand… something to work on for next year haha.
Needless to say the night gets messy reasonably quickly. And the party is all the better for it! The DJ starts playing and breaks at intervals for the band to jump on and have a jam. Dance floor is packed. 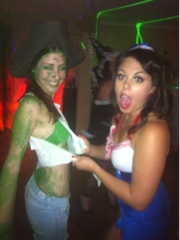 I was a sailor, and I was accompanied by the hulk and a sexy swashbuckler. I think we were all nearly hulks by the end of it due to the amount of green paint floating around!
Sexy swashbuckler decided to go sightseeing around the back of the house (as one does when drunk, merry and feeling adventurous) and instead found herself falling over and cutting up her knees! Poor thing had huge bruises and grazes the next day. Alcohol is such a good anaesthetic.
I found some pics of me ripping the Hulk’s top off.. the hulk does not wear a top!! But I have no recollection of this. Yay for pics telling me of the stupid antics I get up to when I’m drunk. Speaking of pics, how funny is looking at pictures the next morning? We were all crying laughing swapping pics in bed in the am.
Now what to dress up as next year?? 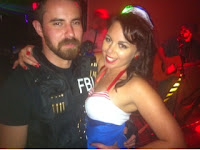 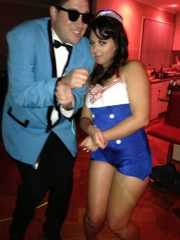 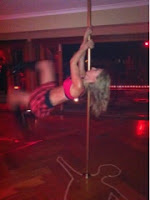 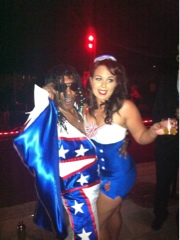