I managed to get well and truly written off the night before Soundwave. It wasn’t my intention nor did I foresee it happening. 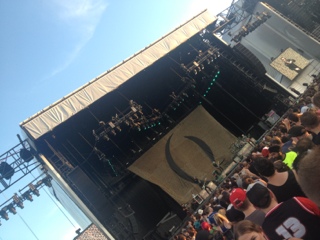 I was at a leaving party and was drinking delicious cocktails. Next thing you know I’m leaving Bacchus, heading to Friday’s and partying on until 2am.

Cue terrible headache and vomiting twice. Once at night and again in the morning. If ever I spew in the morning you know it’s bad.

Ru was picking me up at 11. I just wanted to sleep and cuddle myself but I had to get up and ready.

I made it to Ru’s and went on a recovery mission to the Deli, read about it HERE. 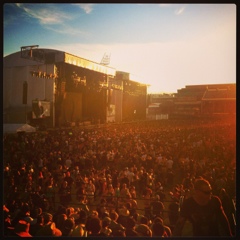 After that I got home, ate, had a nap and started to feel better. In which case Ru began to encourage me to start drinking. Much to her disgust I couldn’t handle it.

We got to Soundwave just in time for Billy Talent, Carl really wanted to see them and we had a ‘festival timetable’ for the first time in the history or our festival going.

Although it had rained all week, the sun came out to play and I began feeling better and happy to wander around. Ru was still unhappy that I wasn’t drinking yet.

The bands I thought I would really enjoy I didn’t find as good. Too high expectations? Perhaps. 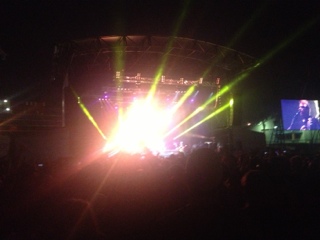 Stone Sour didn’t play any of their old music and I found I didn’t know their new stuff. A Perfect Circle were pretty good, but again played a lot of material I didn’t know. A pleasure just to see and hear Maynard though.

I did really enjoy Cypress Hill, Blink182, Linkin Park & Offspring though. Linkin park were awesome actually, really had the crowd rocking. Found I knew more of their music than anyone else’s.
We caught the end of Metallica – old rock Gods still admired by the thousands.

I managed to put away 3 vodkas, I just couldn’t handle it. So I guess the moral of the story is: Don’t drink the night before a festival!’ 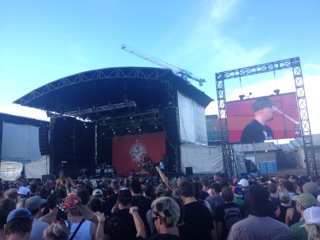 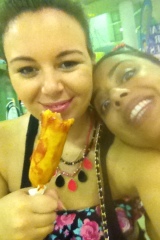 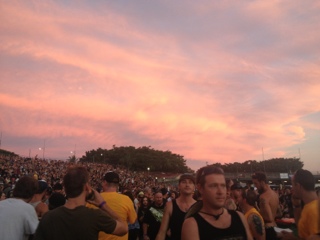