It’s been a big weekend!

There’s so much nightlife to check out in Melbourne so it would be rude not to check it out.

Friday was supposed to be dinner and drinks. We started at Thirty Eight Chairs (fave new Italian place) then on to Fog for a drink. Next thing I know I’ve been carted off to The Carlton in the city with Nikita. Come 3am I headed back to South Yarra to Boutique where I stayed until close then cabbed back via Hungry Jacks.

Saturday was quite a write off, for most of the day I just chilled with Ru & Dave in between sleeping.

I couldn’t decide whether to head out however after a stream of calls I was persuaded to get dressed. Next thing I know I’m on my way to The Richmond Hotel. Upstairs was packed so after a while Nikita and I went to Motel (club in South Melbourne) to meet some friends of hers.

Fast forward a few hours and we had ordered room service at Crown Hotel. I realised the time and cabbed home to steal some sleep before brunch.

Brunch never eventuated however and instead I went for a huge walk in the sun. Melbourne is rarely throwing out the vitamin D at the moment so I sat down and just enjoyed it. I then had a quick massage, lunch and headed home to try nap.

Been a big weekend, I don’t intend on doing that again very soon.

And would you believe, after all that I didn’t even take any photos. Need to up my game! 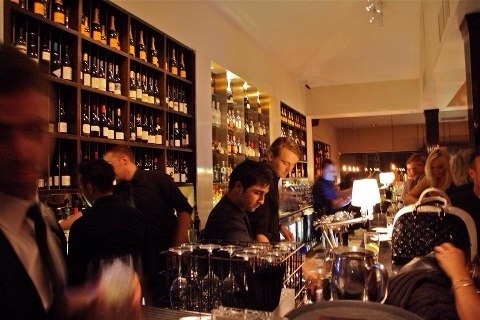