I decided it was time I went back to Melbourne. My dumpling cravings were ridiculous and I supposed I should catch up with my friends too!

I managed to escape the massive storm of cyclone Marcia, although I was half waiting for them to cancel my flights.

Once in Melbourne I bussed then trained to Nikita’s house who was having such a ball that she forgot to meet me! We ran into her apartment to get changed only to find there was no power so I changed and did my makeup in the dark.

The waiting cab took us to the Saxon in Richmond where Rosie and some of their other friends were waiting. I downed a few cocktails to catch up before heading to Chappelli’s where we shared a bottle of champagne and downed a chicken risotto, garlic bread and chips.

Pawn & Co was next on the cards and we stayed there until late. Or early.

Saturday I spent time with Nikita & Rosie (including a dumpling run to Hutong) then headed to Hawthorne to visit Lisa. She has a great new house and talked me into doing a new painting for her room. We made dinner and settled in to watch a movie.

Sunday we met Nikita for brunch and afterwards Lisa and I went to the city. I bought a great leather mini at Zara.

Sammy picked me up after I had devoured some more dumplings. I met her beautiful Chow puppy, Hugo and we settled in at Beachside in St a Kilda for some ciders. My very good friend Adam, his lovely fiancée Sally and Mum Fiona met us and we laughed the afternoon away.

So much so that I nearly missed my flight! Yet again I was running through the airport to make my flight. Finally got on the plane and they shit the doors only for a siren to go off. The plane was grounded for 1.5 hours and after all those coders I was busting for the bathroom!

I sat next to a hilarious guy from Brisbane, we chatted the whole time. He actually made me cry with laughter 7 times ( I was super tired) and I managed to make him cry once. Fair effort I thought! 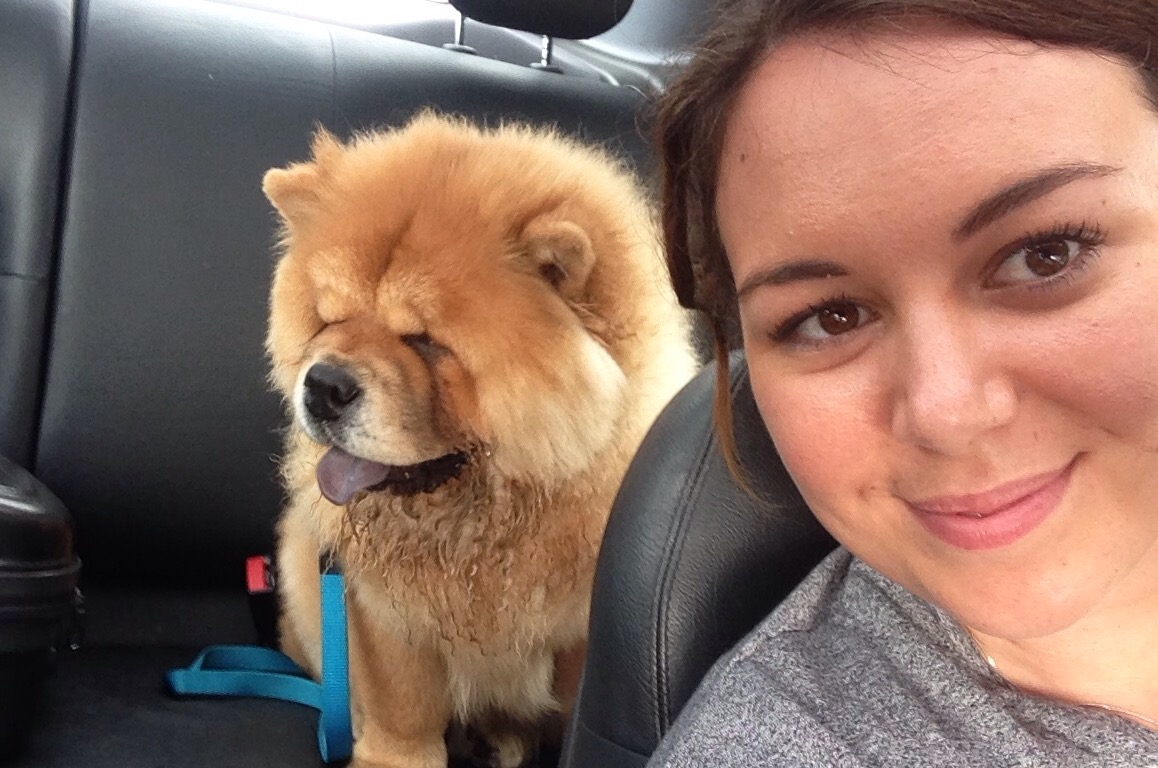 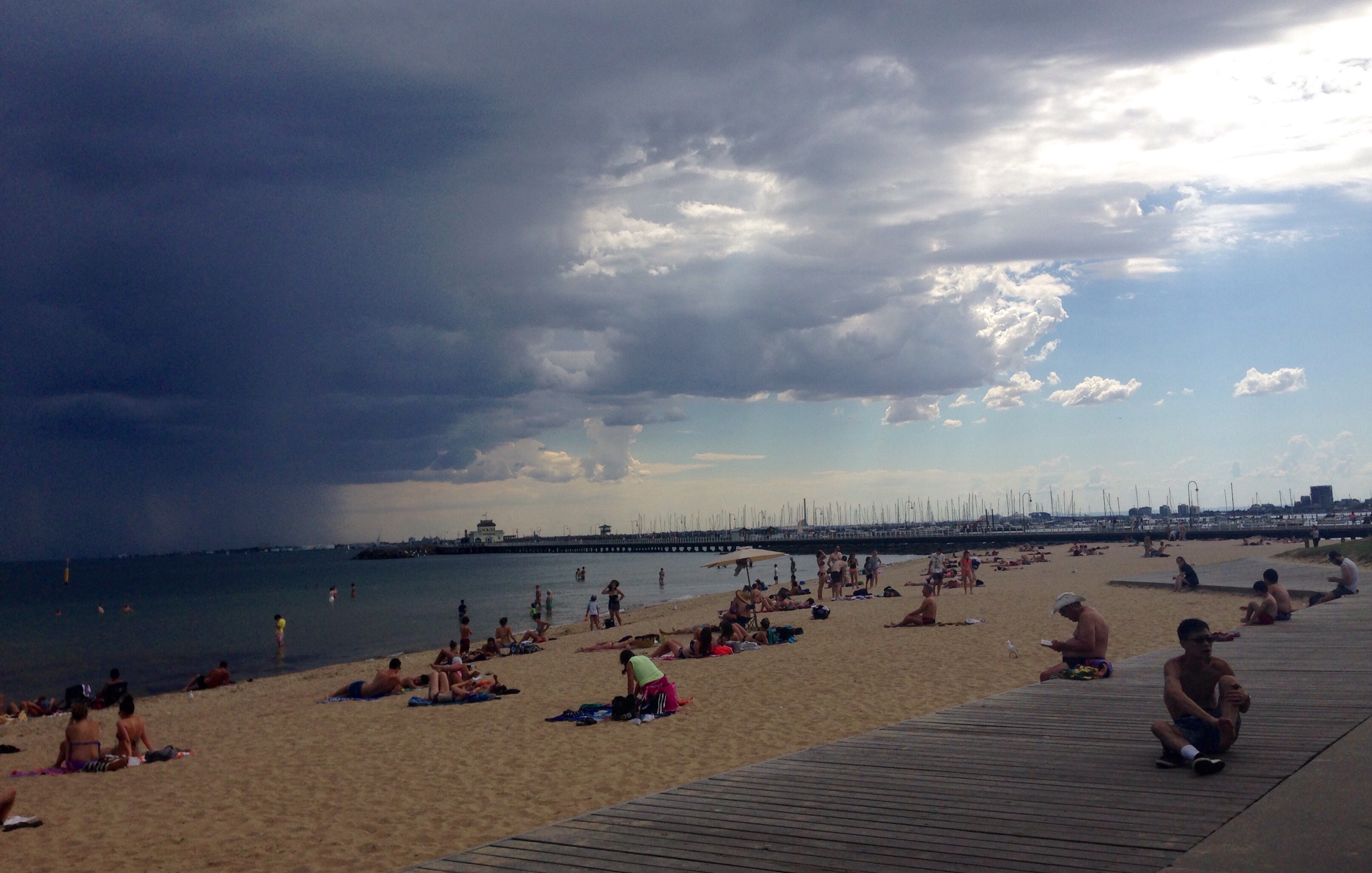 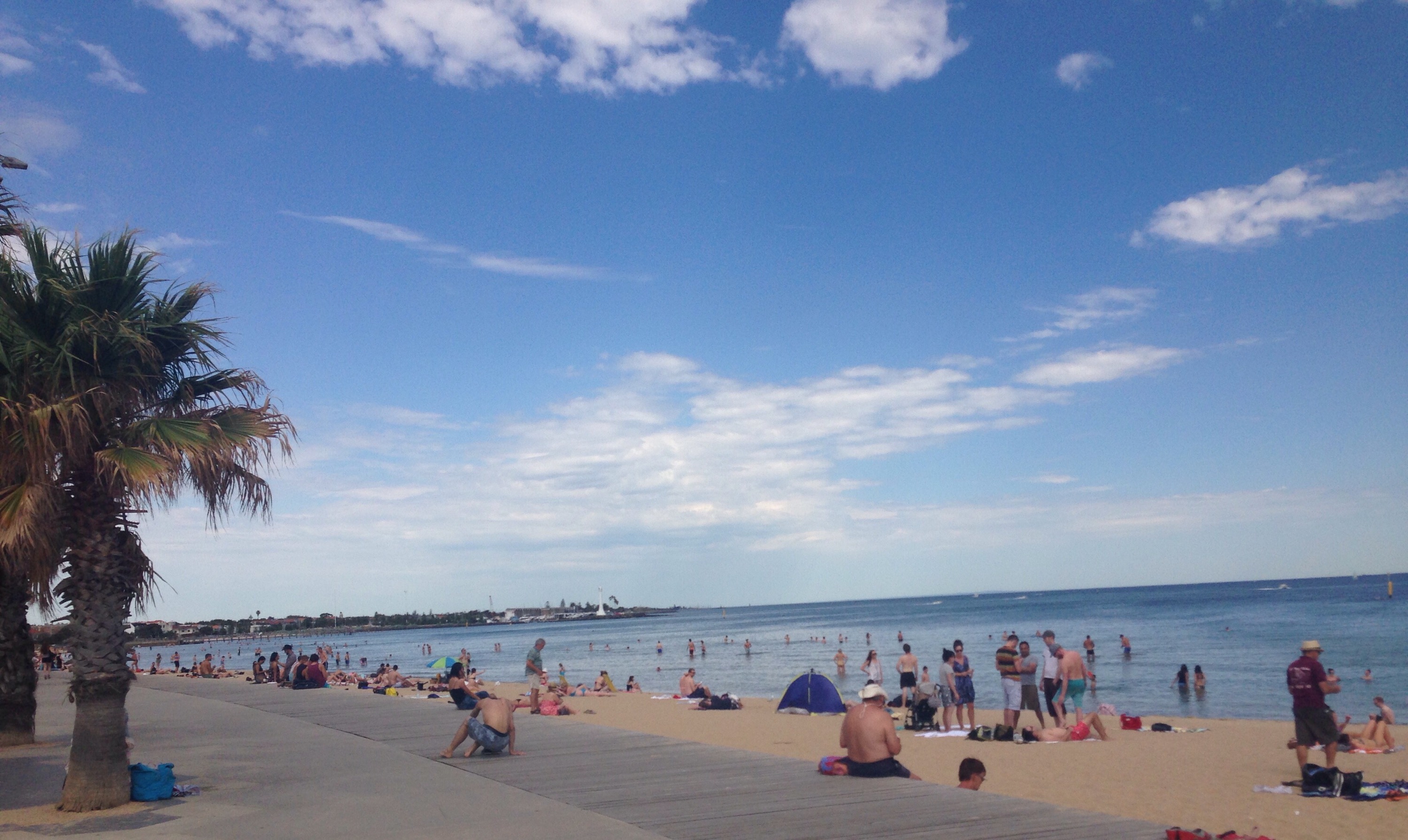 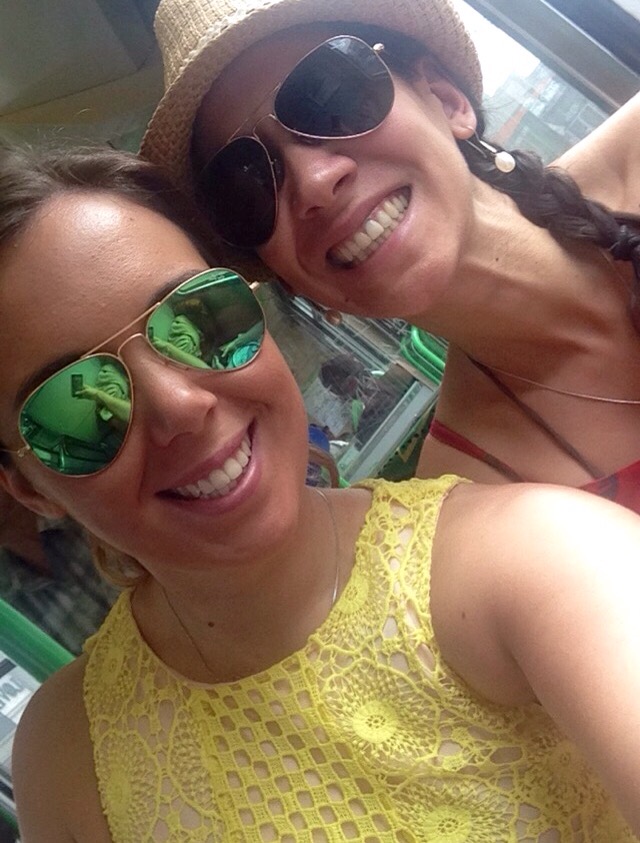 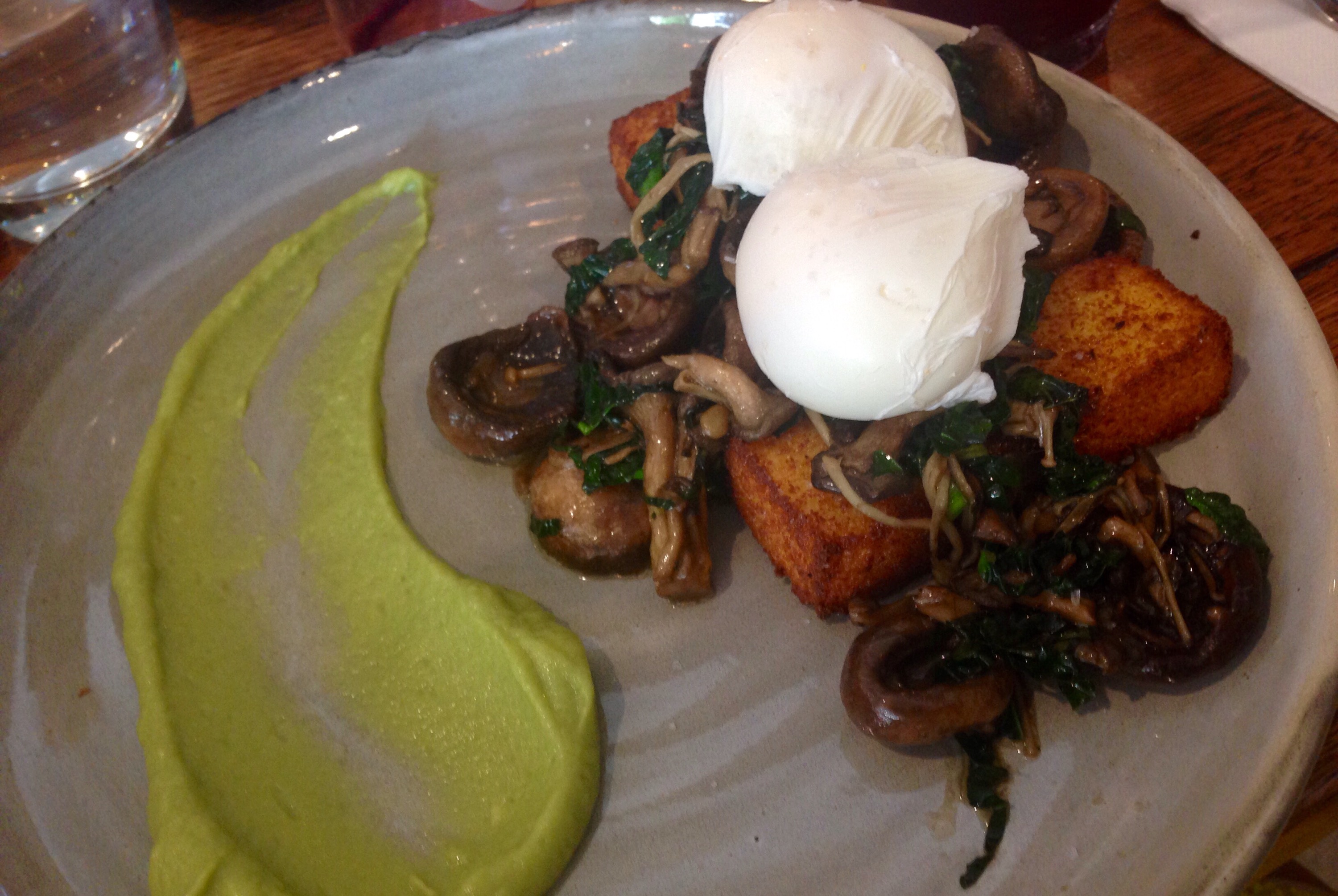 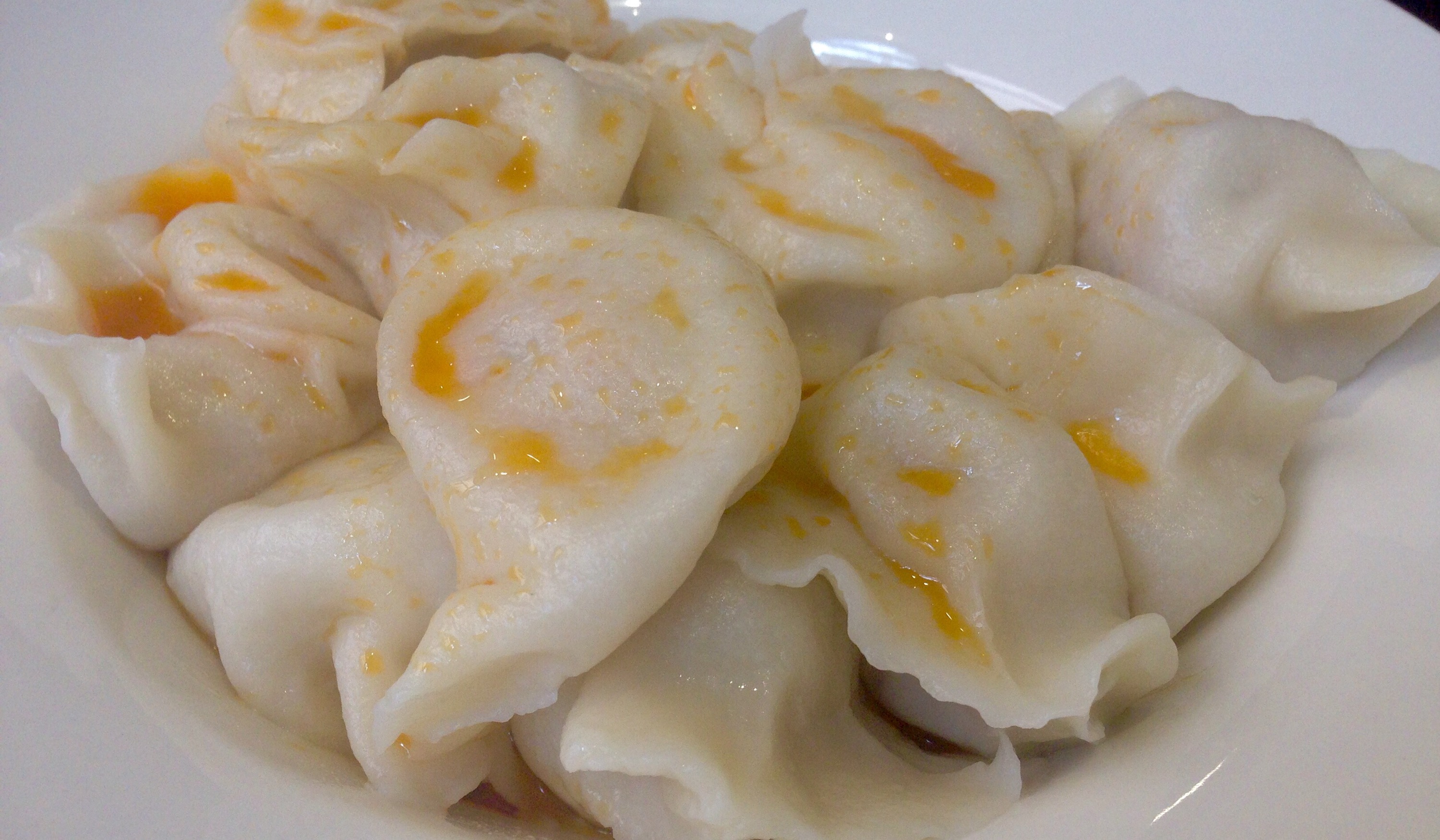