We we’re originally booked on an adventure tour but after the screw around the day before, we were more than happy to let the $10 deposit go to waste.

We accidentally slept until 11am as it was anyway! We decided on checking out some cenotes (beautiful Mexican fresh water wells, some open, some in caves) and attempted to find a tour. It was all too much work so in the end we found some that were reasonably close, grabbed a local shuttle for 20peso and headed out on our own.

The Kantanchi Ecopark was awesome. We paid $29USD for as long as we liked in four cenotes. The grounds were well manicured, it was like strolling through a maintained jungle. Just beautiful. Throw in some random pens of chickens and horses and a manual rail road and you’re starting to get the picture.

The first cenotes was the best. #4 on the map, it is a huge open cave, crystal clear water and stallictites hanging from above. There are a few small fish in the fresh, cool water but it’s mainly just a huge, empty pool. Turquoise water, light shining through – absolutely beautiful.

The next cenote was and open one, beautiful clear water again, same as the next two. We spent a few hours there, until the water was too cool for us to enjoy longer.

We managed to hail the local shuttle bus back to Playa Del Carmen but got off a few streets too soon. It wasn’t all bad, we got to check out some more of the local area and found an awesome place for ‘lunch’ called Wichoos. The waitress was the best ever, I so enjoyed her wit. She spoke Spanish to us even though she knew we didn’t understand and I felt that she genuinely enjoyed us being there. They took pictures for their Facebook page of us swinging on our swings, which is where we ate lunch. Low and behold, I had ceviche!!! I still can’t get enough of it. I also had a fish taco and a few beers, great food and really enjoyed the company. Definitely check it out if you’re visiting.

I also found a great spot to do some shopping. A blanket, hammock and some gifts later I was on my way.

We changed and took our new friend from the hostel for some beers on the water. There was love music and a chill vibe, definitely a tourist spot. We shared the guacamole.

About 11pm I was hungry so we wandered a few streets over and found a cheap taco bar. Four fish tacos and a shrimp taco later (two margaritas and some tequila too) I was happy as can be!

We marched on down to the club strip we found the night before and were taken into a club at the very end with an open bar. They had great music and we danced and danced until 2am.

I am thinking I might learn Spanish. I really enjoy hearing it and attempting to understand! 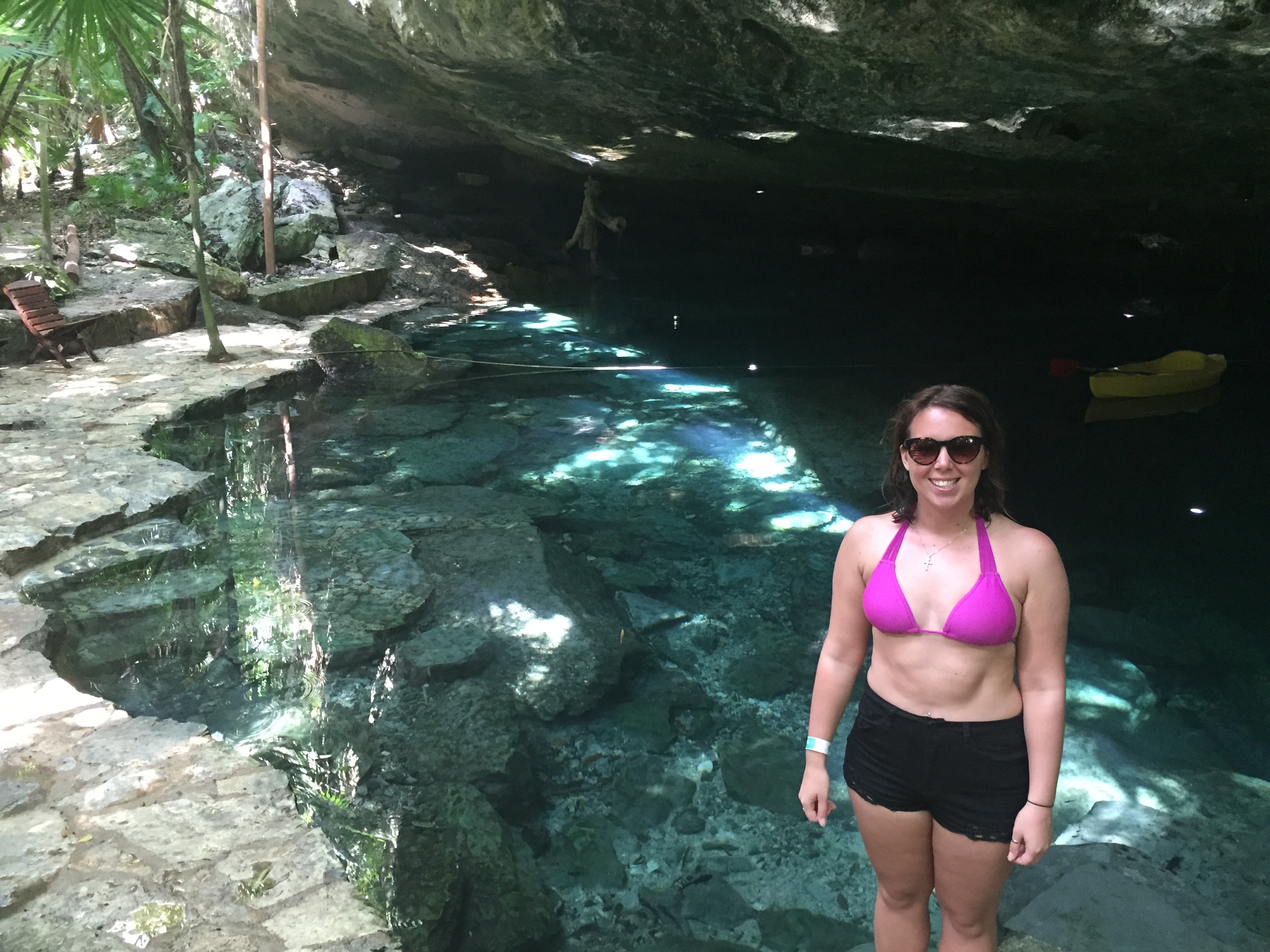 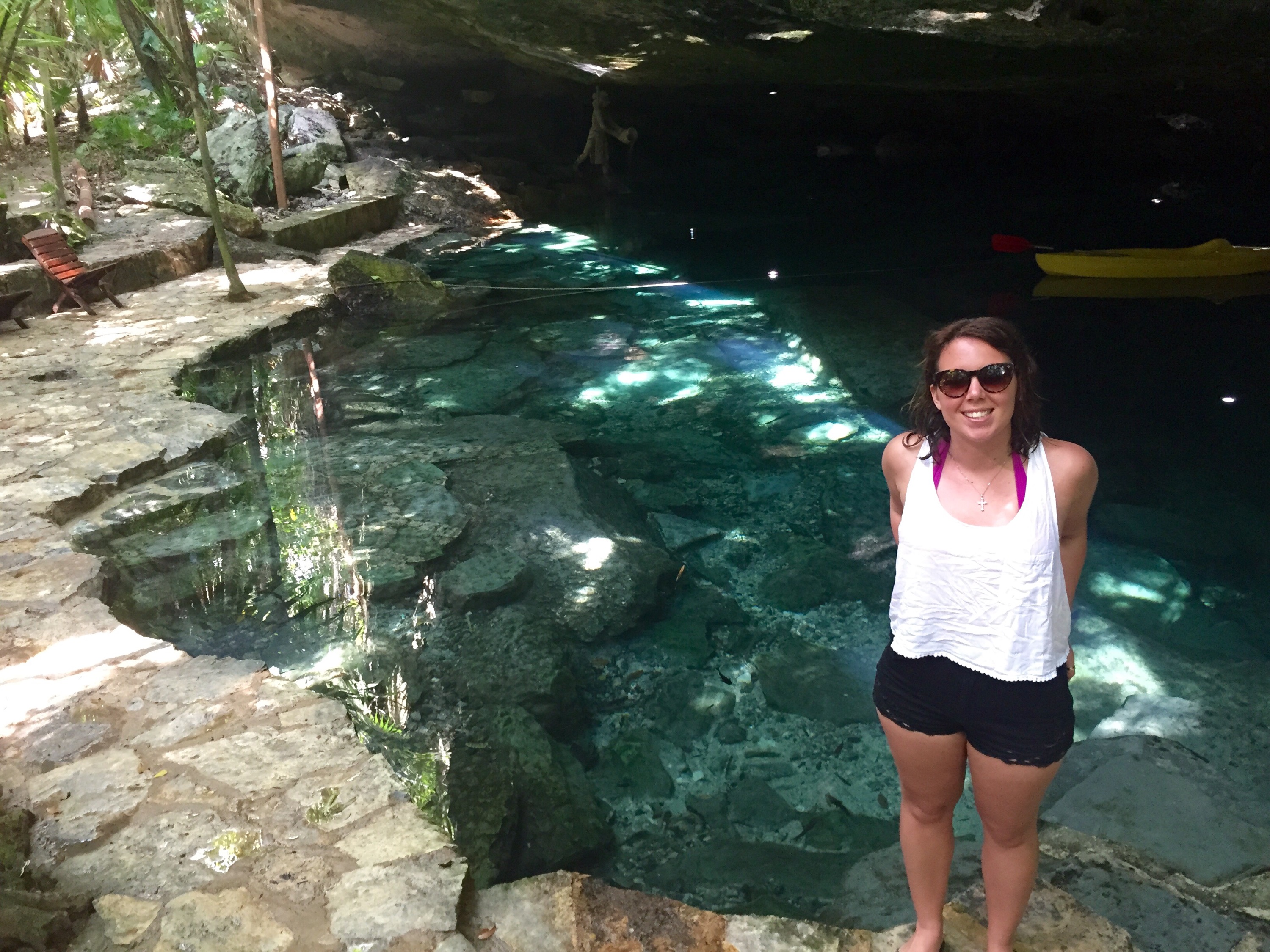 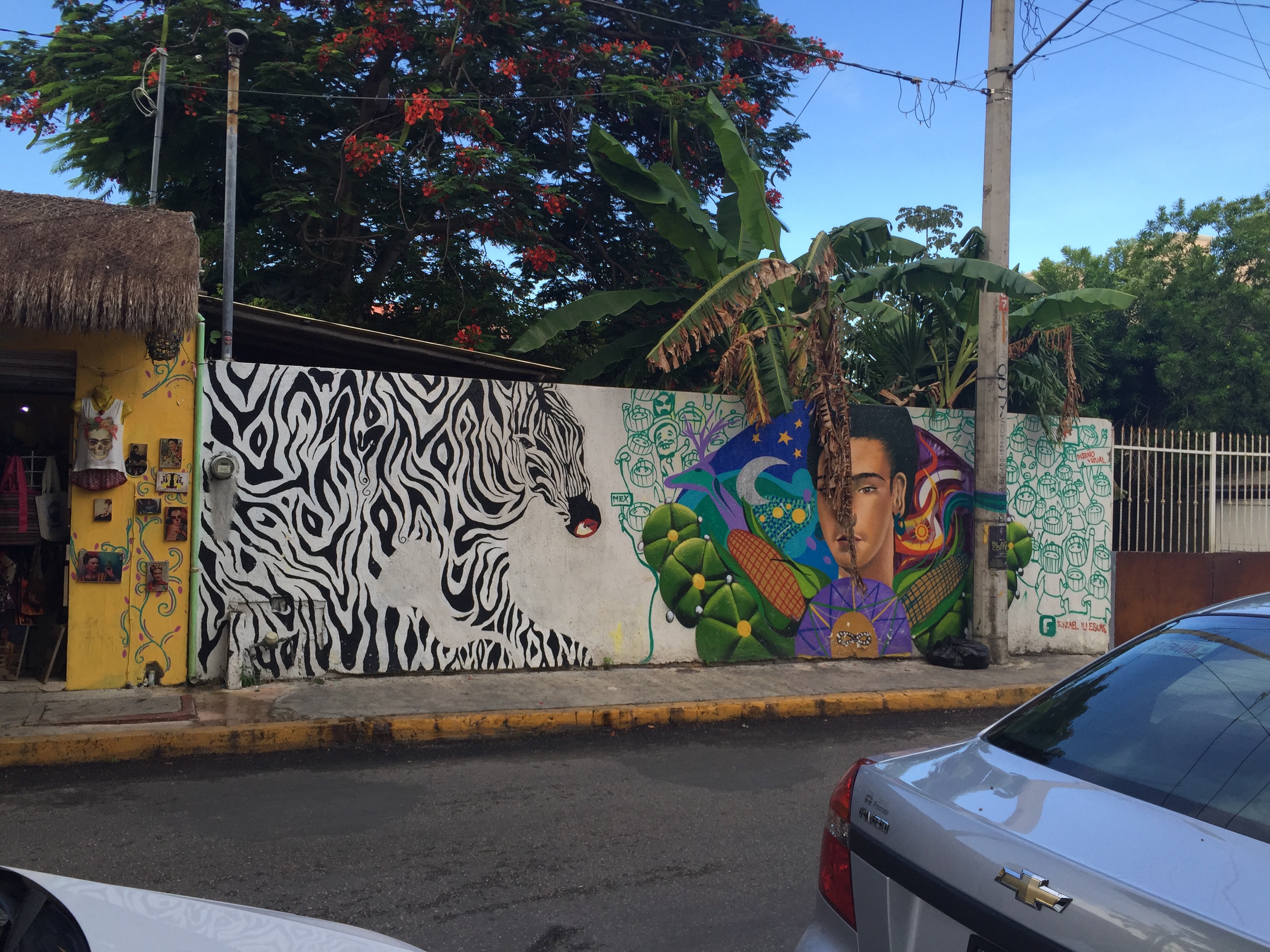 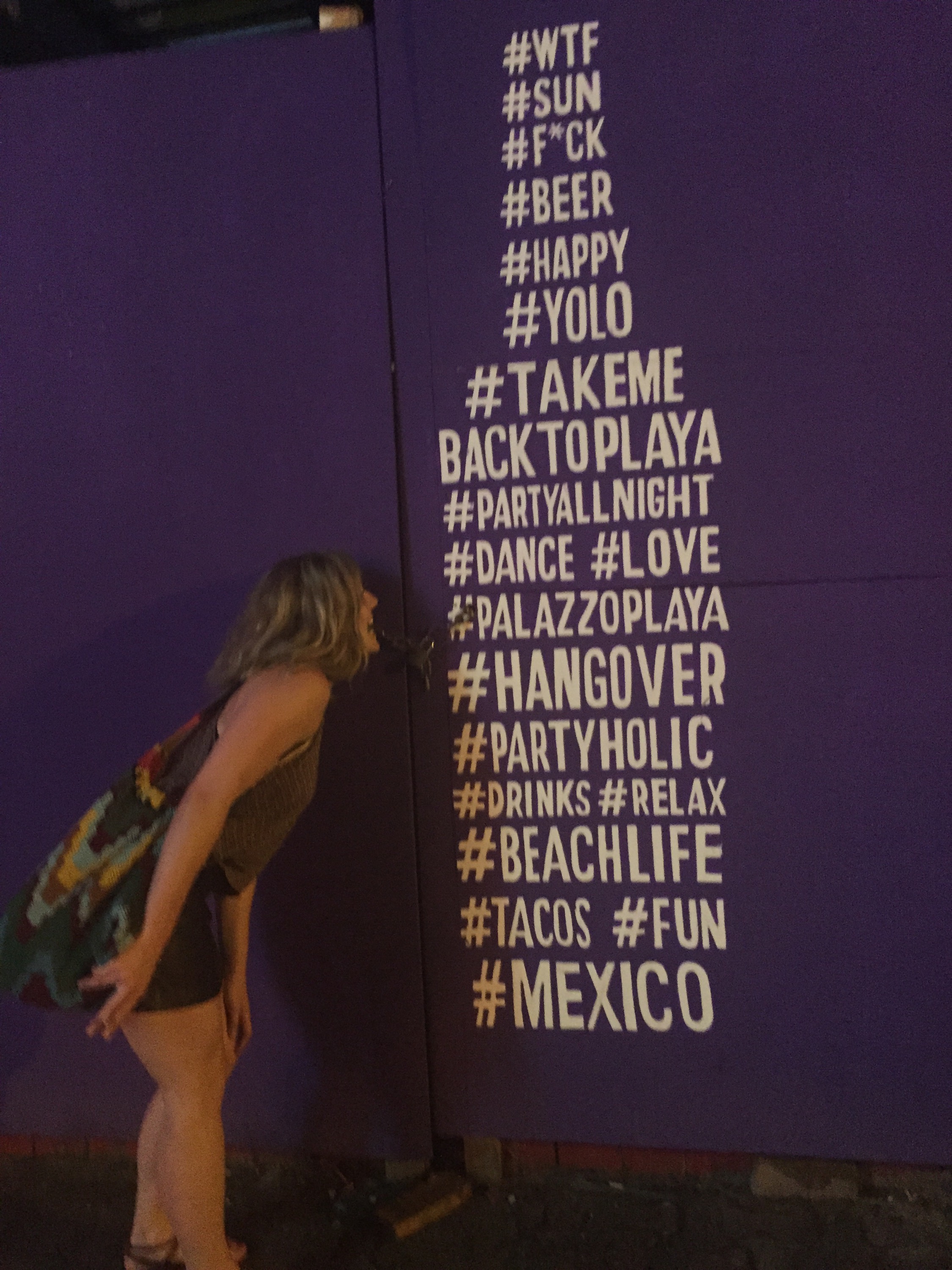 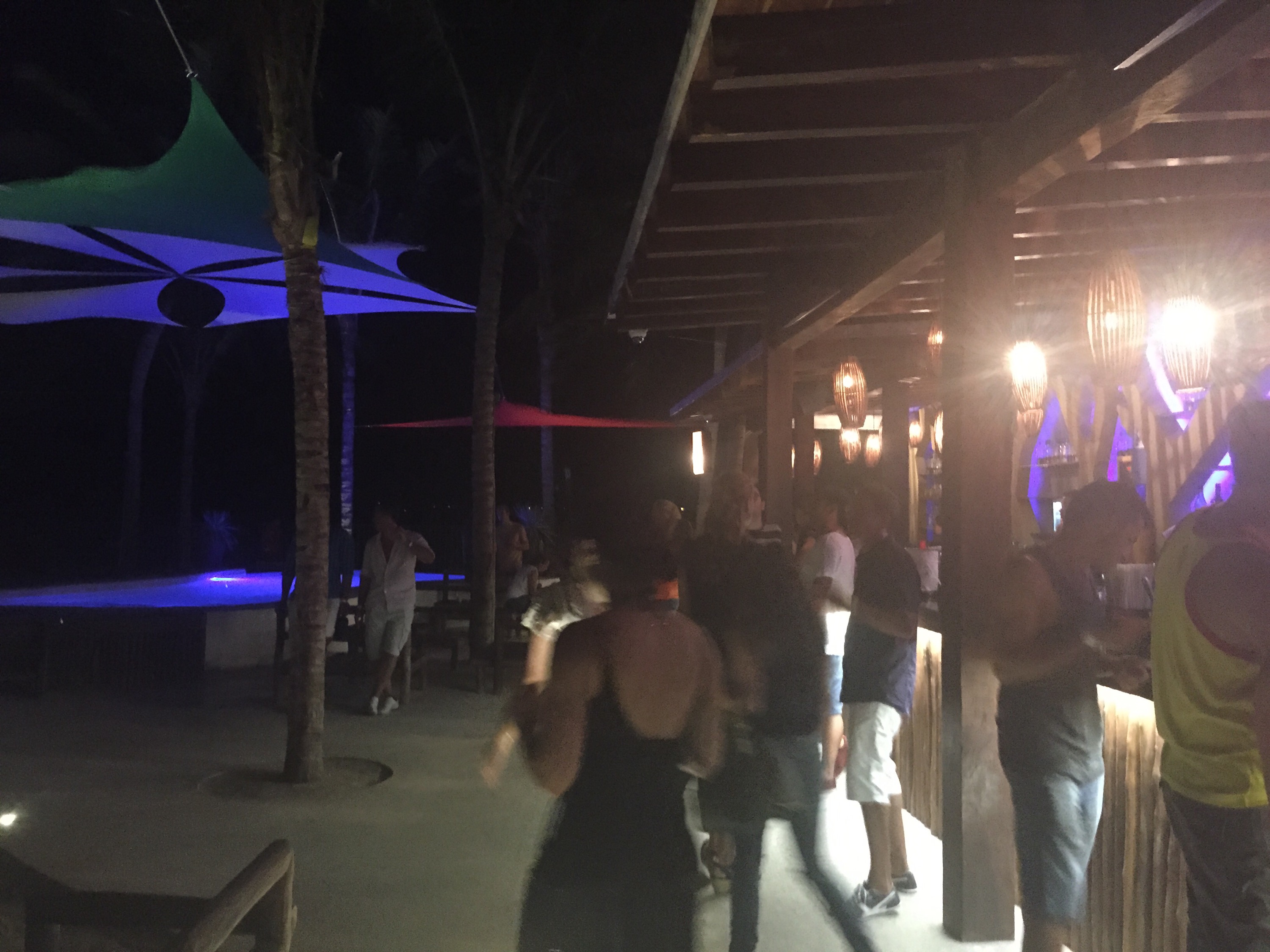