I really didn’t feel like much on the menu here. I deliberated and eventually chose the lemon and blueberry bircher muesli while Lisa was pretty excited about the ‘big apple’ eggs benedict with house made pastrami.

Lisa’s choice didn’t sound great to me but it actually looked pretty good when it came out. She was very happy with herself. My bircher museli was nice to start with, but became very sweet very quickly from the juice it had been soaked in. The coconut yoghurt and passionfruit added to the sweetness, needless to say I couldn’t finish it all.

With so many great brunch choices in Melbourne I will plan my stops more carefully next time. 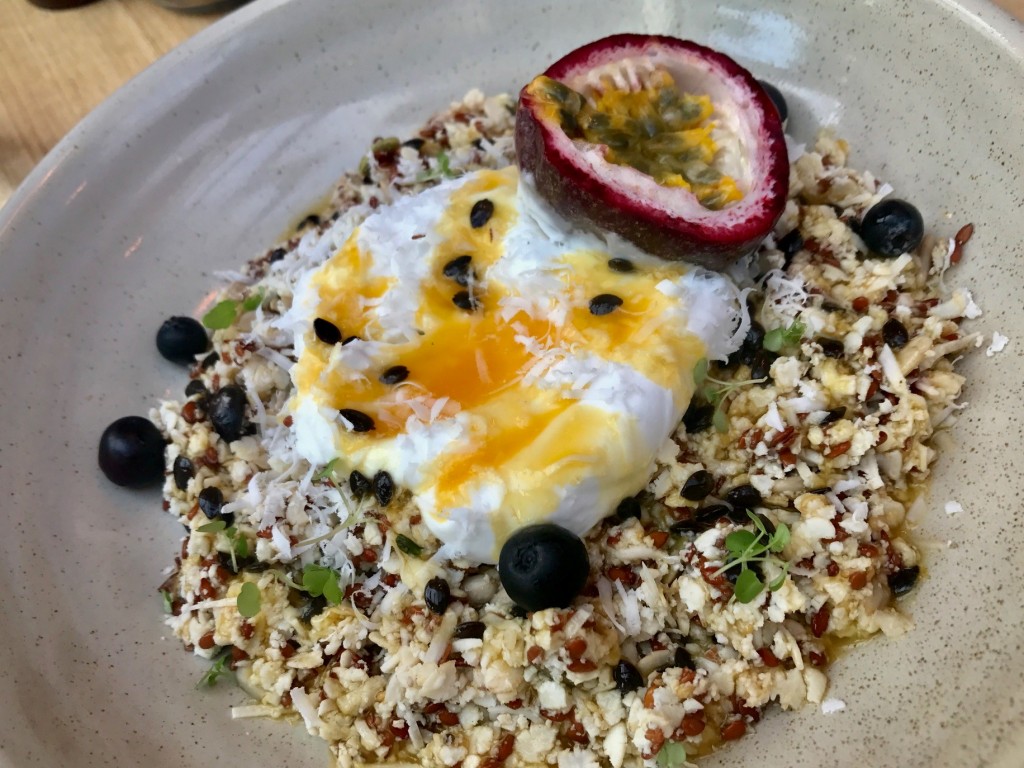 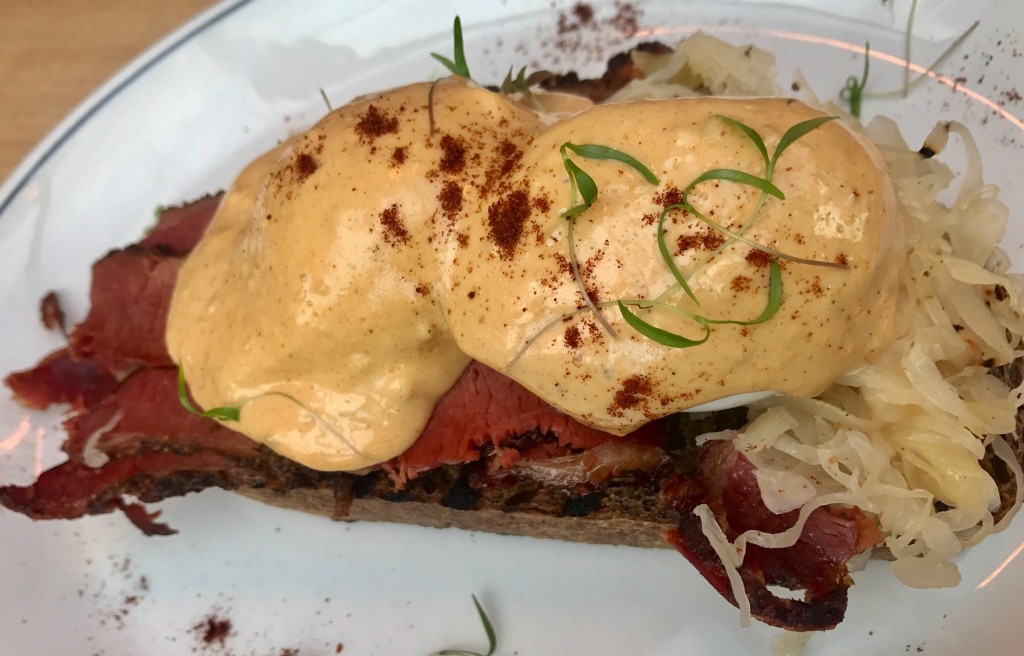 We had a nice sleep in then grabbed brunch at the hotel cafe. Surprisingly my Accor card meant I received $50% off all food with the chain – who knew?! Brunch was delish, I had the corn fritters which had a Thai flair and added a poached egg. Yum.

We checked out, wandered around the shops while I got my phone fixed (yes I finally broke the screen after dropping it 1,000 times) then trammed back to South Yarra so I could show Lauren my hood.

I had to do a presentation for a client so I got busy while Lauren shopped Chapel. She came back elated with her purchases, she found a pair of shoes she’d been eyeing up online for four months.

All Blacks were playing so we headed to my usual Sunday local to watch the rugby with Sophie, our friend from high school in NZ. I managed a cider and just bout bit off my nails in the final minutes of the last half while the boys were struggling to hold back the South African Team. I took a selfie of the bar that I think clearly demonstrates the emotions that were flying around, everyone has wide eyes, hand in hair or on face & nobody even noticed me take it. Intense!

We changed then started in Prahran at Fog for a drink then over to Boutique where we arrived a little too early at 11pm. By 1am when we left it had filled up. A short stop at Electric Lady Land to say hello to the boys we had met the night before, then over to The Emerson to meet my friend Nikita. The Emerson was packed as had a good DJ on, we danced and had a brilliant time! 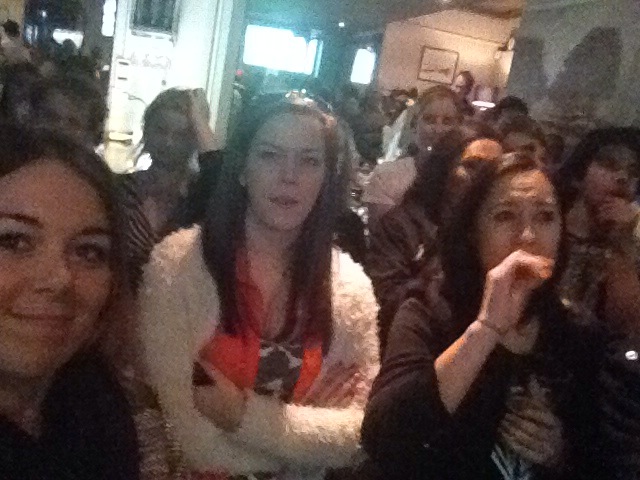 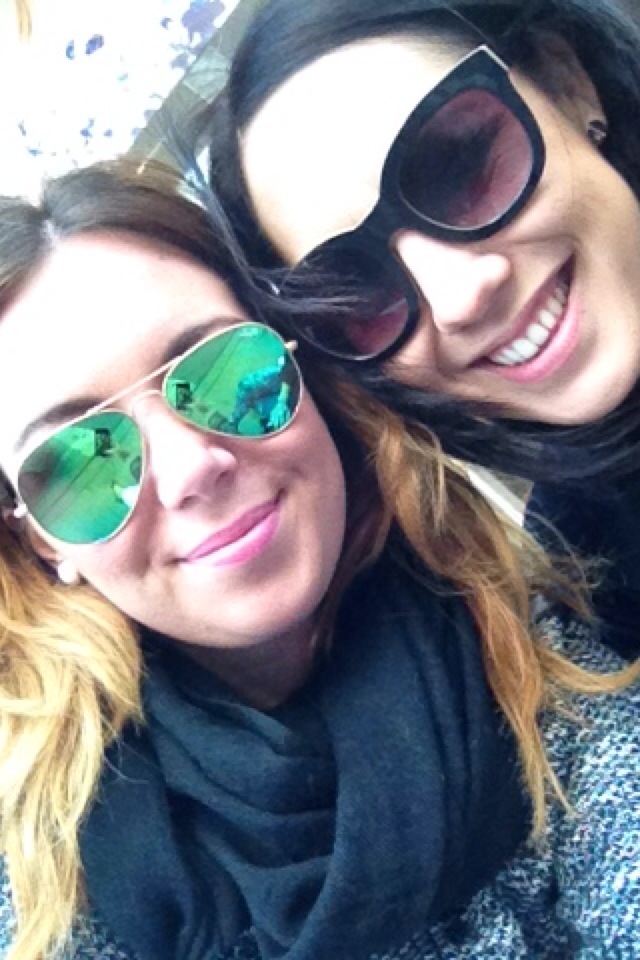 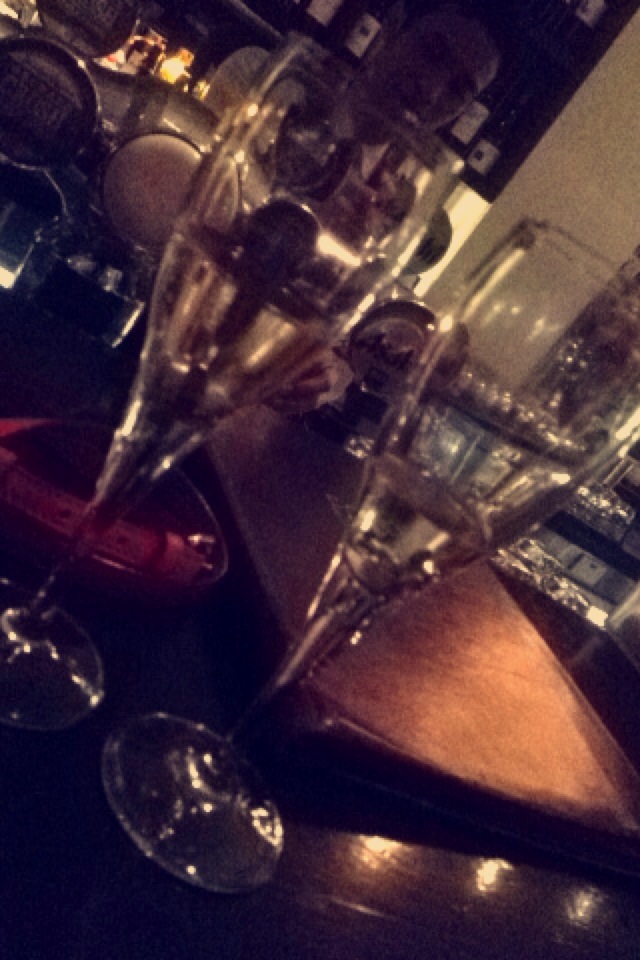 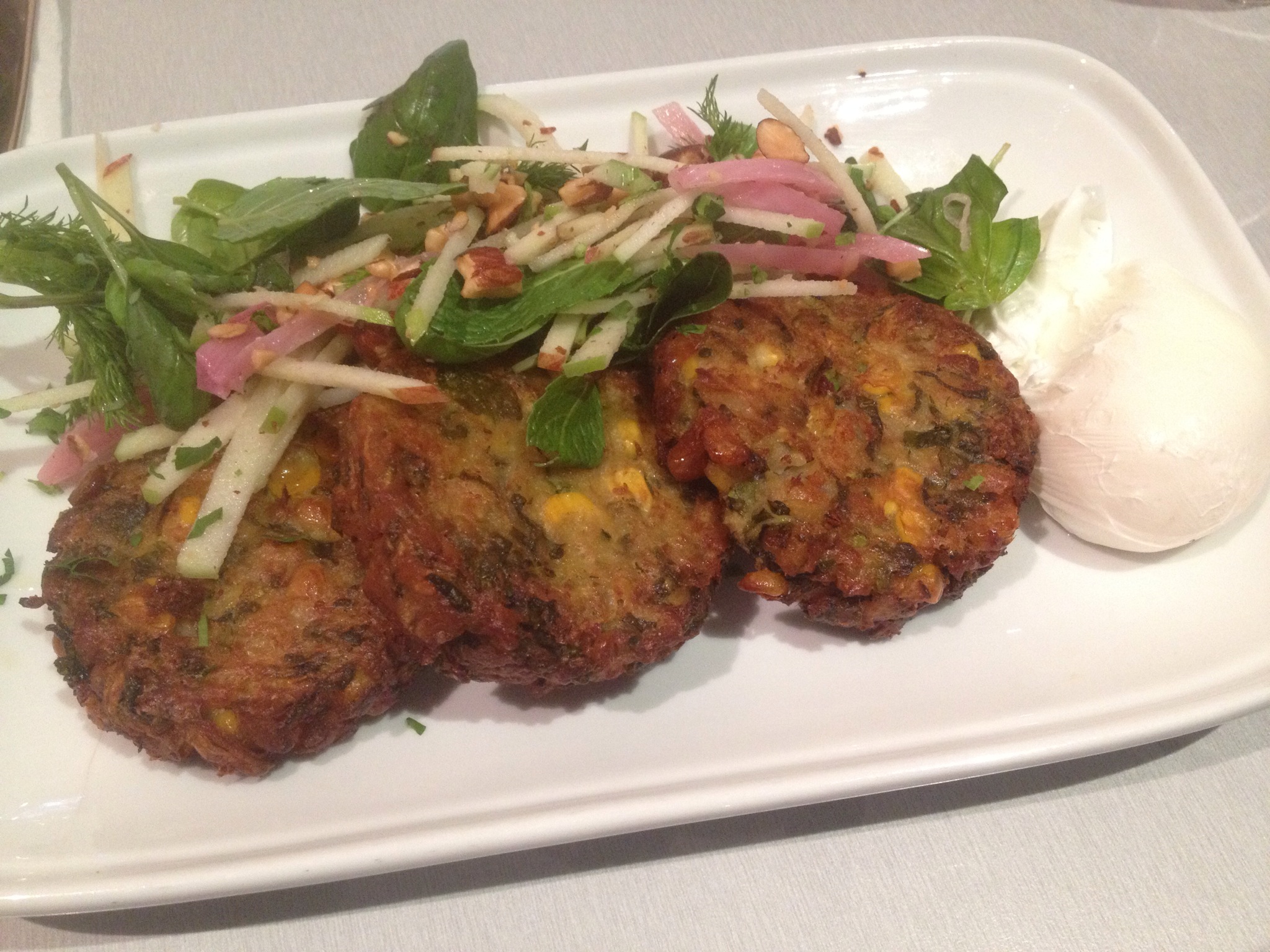