Lisa took me to a place she normally just stops for coffee in for brunch.

Muharam Cafe is another casual, funky cafe nestled in the Melbourne suburb of Hawthorn.

I ordered a apple and orange juice (it was all they had for fresh) which was a nice, refreshing start but nothing too exciting.

We both went for The Stack breakfast. A potato rosti, stacked with spinach, smoked salmon, another rosti, a poached egg and apparently truffle oil. Why apparently? Well we couldn’t taste it. Must have been the tiniest of dashes.

All was well to start with (apart from the lack of truffle oil) and it wasn’t until half way through that I realised just how oily the rosti was.

We settled the bill and on the walk home both felt quite ill due to all the additional oil that was now resting in out stomachs. 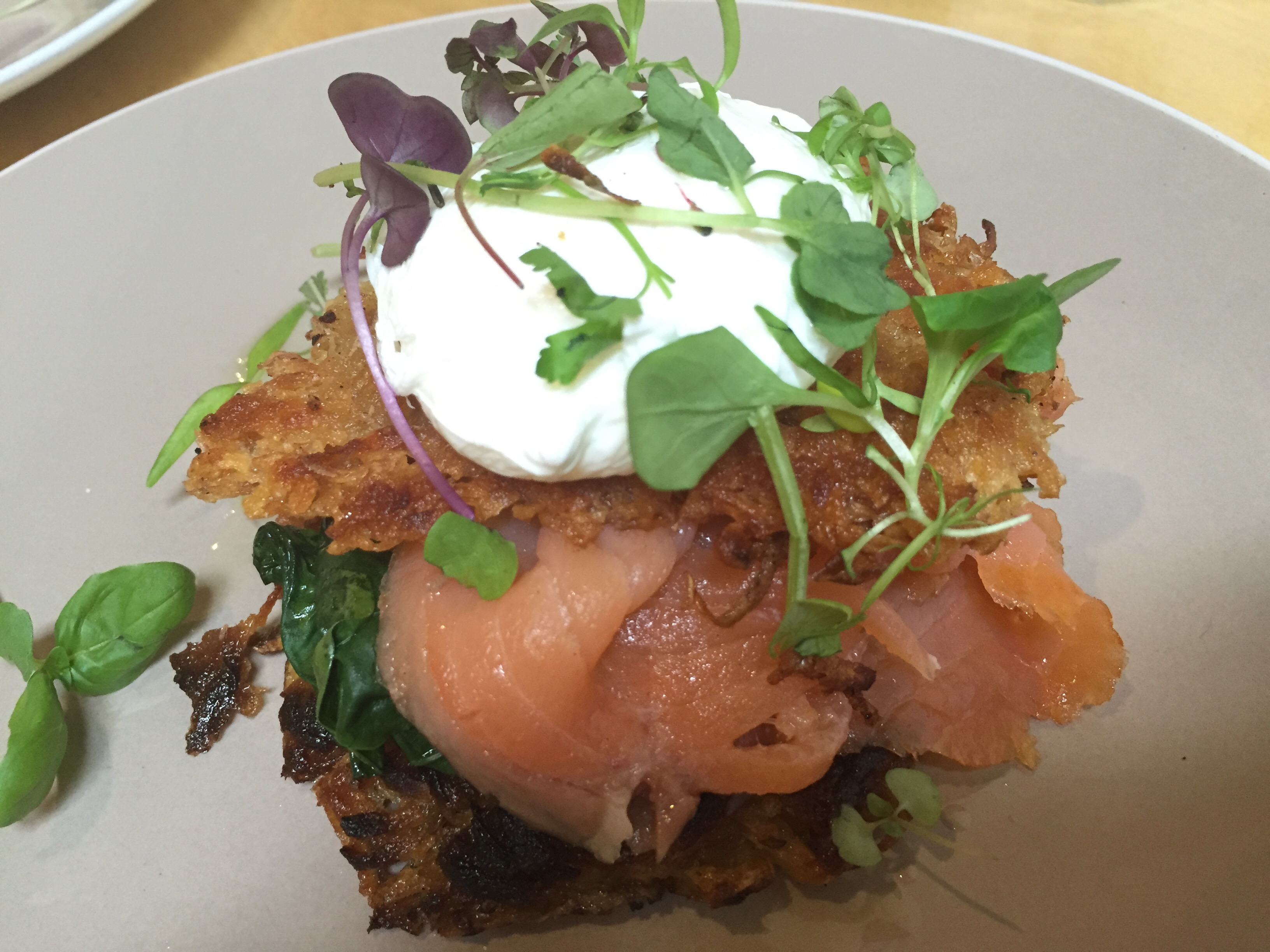 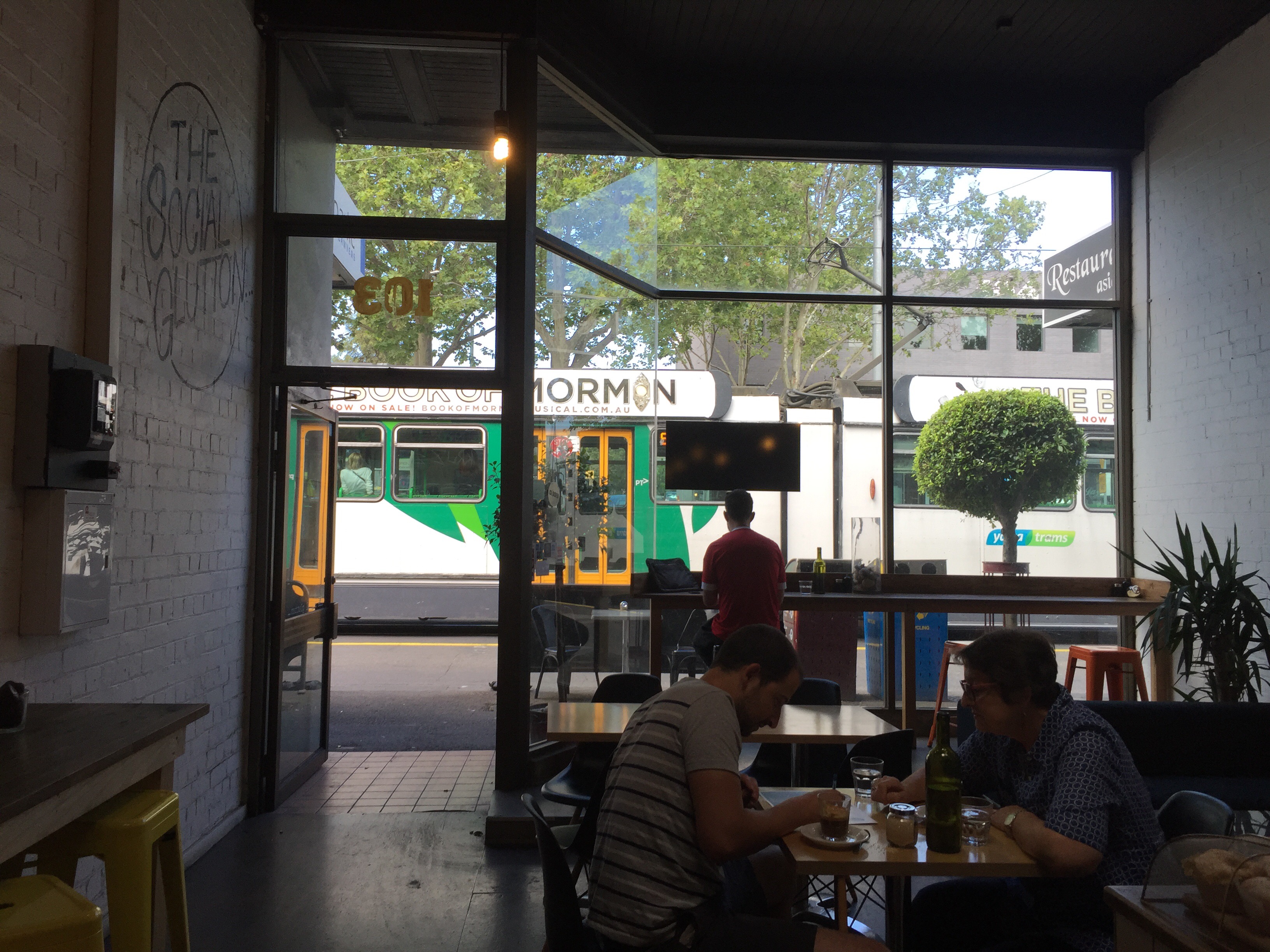 My friend Benny was staying from Bundy and we were looking for somewhere for breakfast. I saw the truffle and it was love at first sight.

There’s an interesting atmosphere, it’s quite quiet and one side is very clean and minimal while the other is busy and luxurious, all in a small space.

My soy chai latte was delish and the truffled scrambled eggs with a dash of pesto, lots of Parmesan and wonderful toasted Turkish pide was amazing.

Ben loved his Thai fish cakes and they looked beautiful.

Neither of us could finish our meals and they were very reasonably priced. The chef and staff were lovely and attentive.

Great spot for breakfast around Coorparoo. 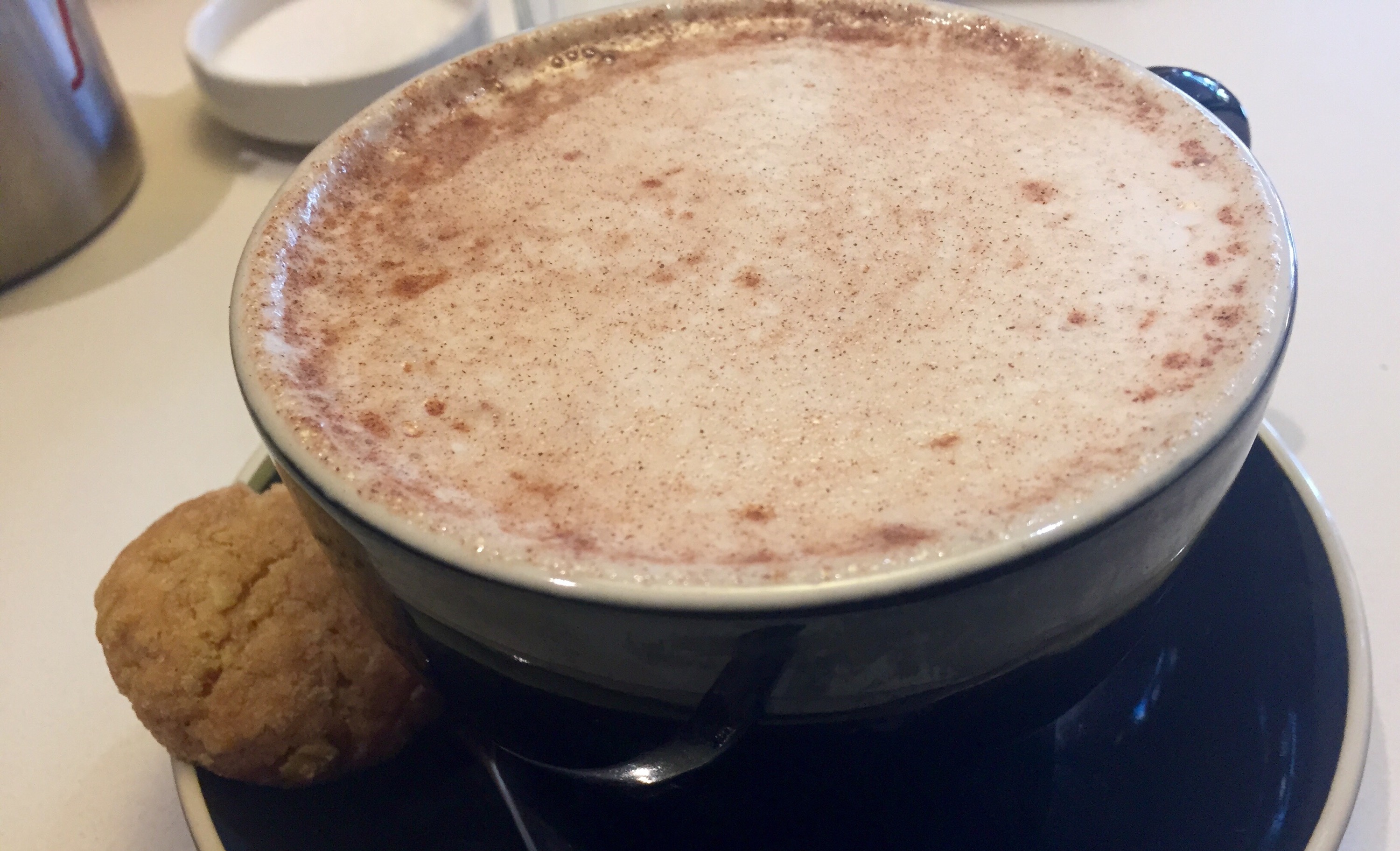 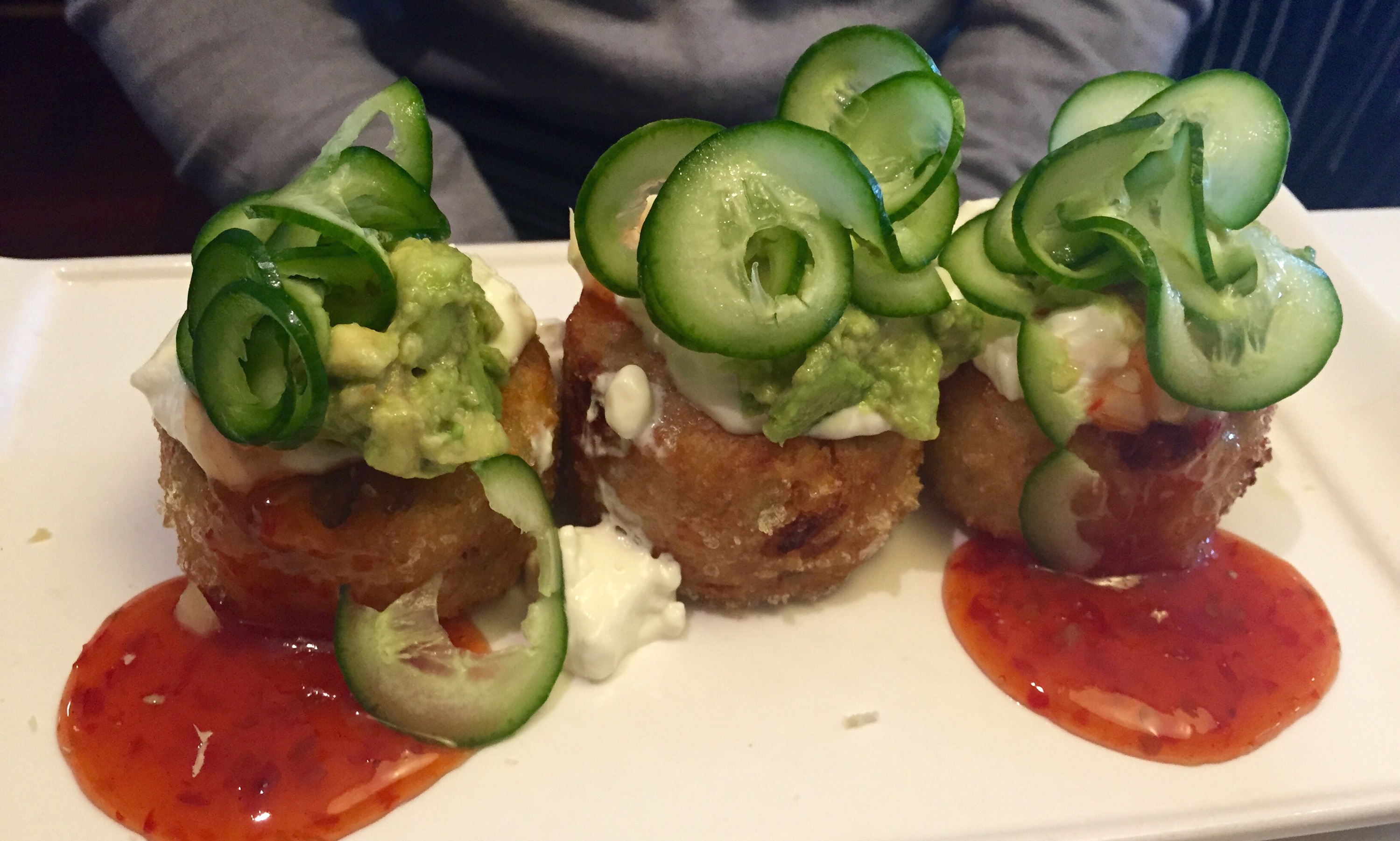 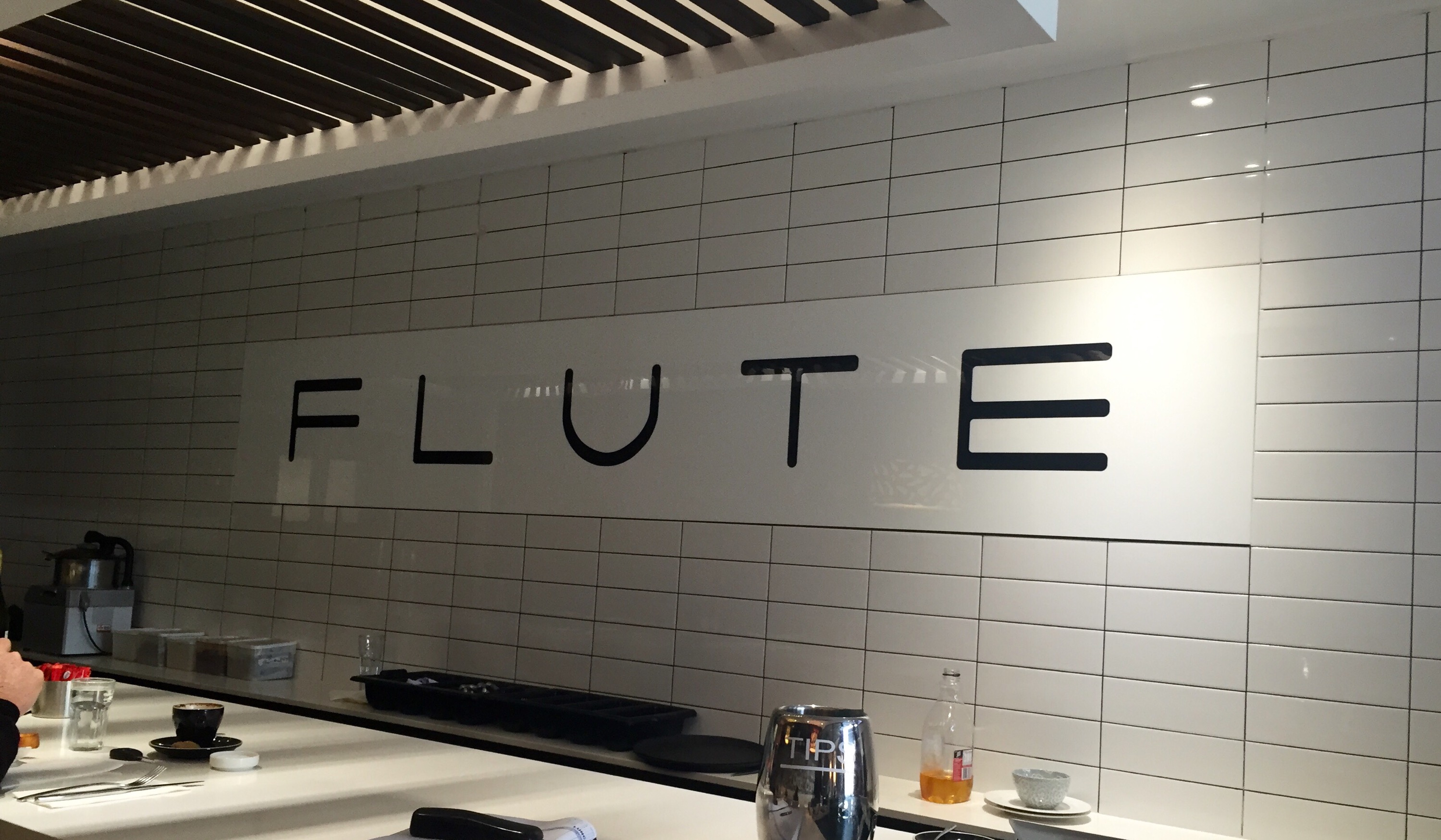 I have long been a fan of Chameleon Restaurant in Wellington, in fact, my Uncle took me here for lunch to celebrate my 16th birthday, oh so many years ago. Rather fitting then that I was joining the very same Uncle for breakfast all these years later.

Chameleon (along with the Intercontinental Hotel it sits inside) has recently undergone a massive facelift. The interior looks much more modern and has some awesome touches added, like the hand wall.

The menu was great, I had trouble deciding but ordered smoked salmon with truffle-scented scrambled eggs on toasted brioche. Yeah, truffle-scented, you read right! They were absolutely scrumptious. My soy chai latte was on point, so much so that I had two.

The service was great and they were happy to accomodate my Uncle with his request for a plain omelette with hashbrowns.

I’ll be back again on my next trip to Wellington.

I’m wayyyy behind on my weekend updates. And by wayyyy behind, I mean the last two. So you’re getting a combo. That’s right, two weekends, one blog post! Boom!

So the weekend before last began with dinner at Matteo’s in Fitzroy. Awesome place, I highly recommend going there. Not only was dinner fantastic but Matteo himself joined us for a quick drink after our fantastic meal. Next thing you know it’s 2am! We had some others join us and Matteo shut the restaurant while we all kicked back and enjoyed the company. We had a fantastic time! Afterwards we headed to St Kilda for a boogie then home to bed. Late. Or early.

Saturday was the AFL grand final. My first grand final in Australia! I’ve always been out of the country, it was great to enjoy the festivities in Melbourne. I met the girls at Holliva in Richmond where we drank a few jugs of punch and smashed some pork (on a spit!!) burgers. We cabbed to South bank and watched the flocks of fans past by from a restaurant patio. An early evening was had after the big night before!

Sunday, Fred & Sammy picked me up for brunch but it was so late (2pm) we had to have the lunch menu at Phamish in St Kilda. Lunch was long and we wandered down to Riva to watch the sunset and have some cocktails and snacks. That turned into dinner at the Pier Port Melbourne. There goes Sunday! But what a great way to spend it.

Last weekend was much quieter. Lisa and I chilled Friday night and met Cheena for a cabaret in Port Melbourne. It was part of the Melbourne Fringe Festival and involved a variety of acts. My fave was the silks performer. The girl was stunning and I was in awe of her aerial skills. We hit the beach… Well, the pier in Port Melbourne and just lay down to watch the clouds and pass time after lunch.

Saturday night we headed out in Fitzroy but it wasn’t really for us. I did however find an amazing cocktail at the Alchemist. It literally came with a shot of crackle lollies!! The ones that pop in your mouth. The alchemist wins cocktails.

Sunday was brunch at Einsteins Relative in South Yarra where I’ve also been meaning to go for ages. Fantastic brunch menu and almond milk – whoop! We explored Fitzroy markets and shops afterwards then crashed at home, exhausted from another weekend 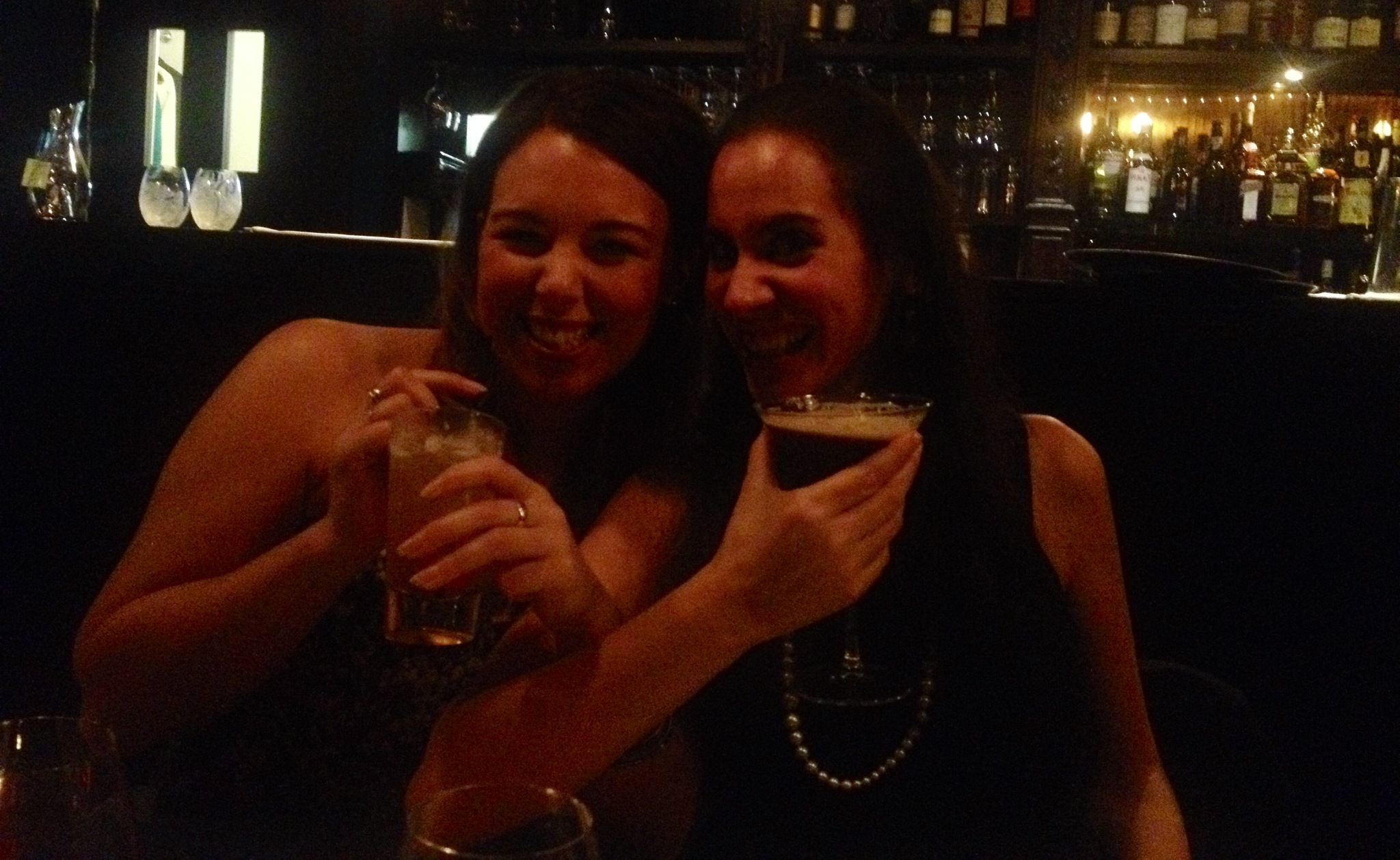 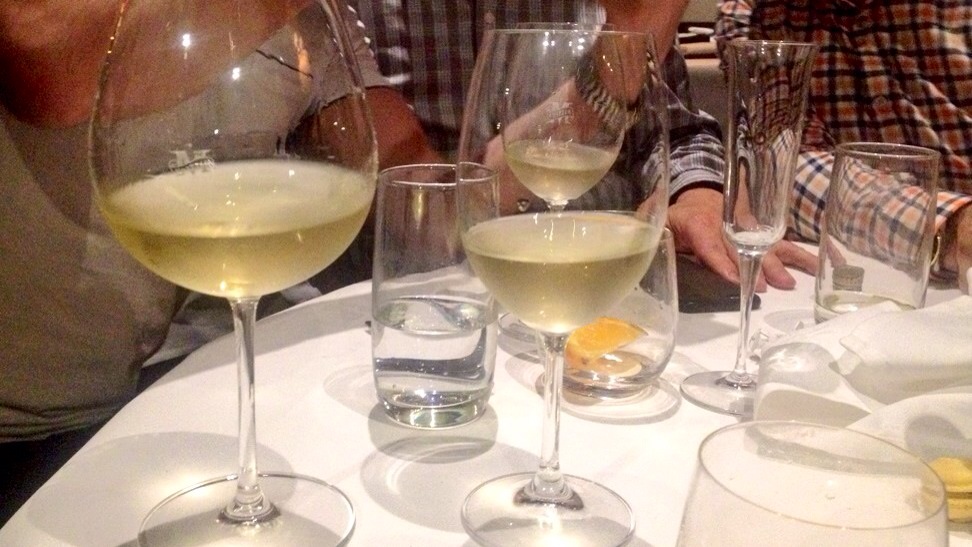 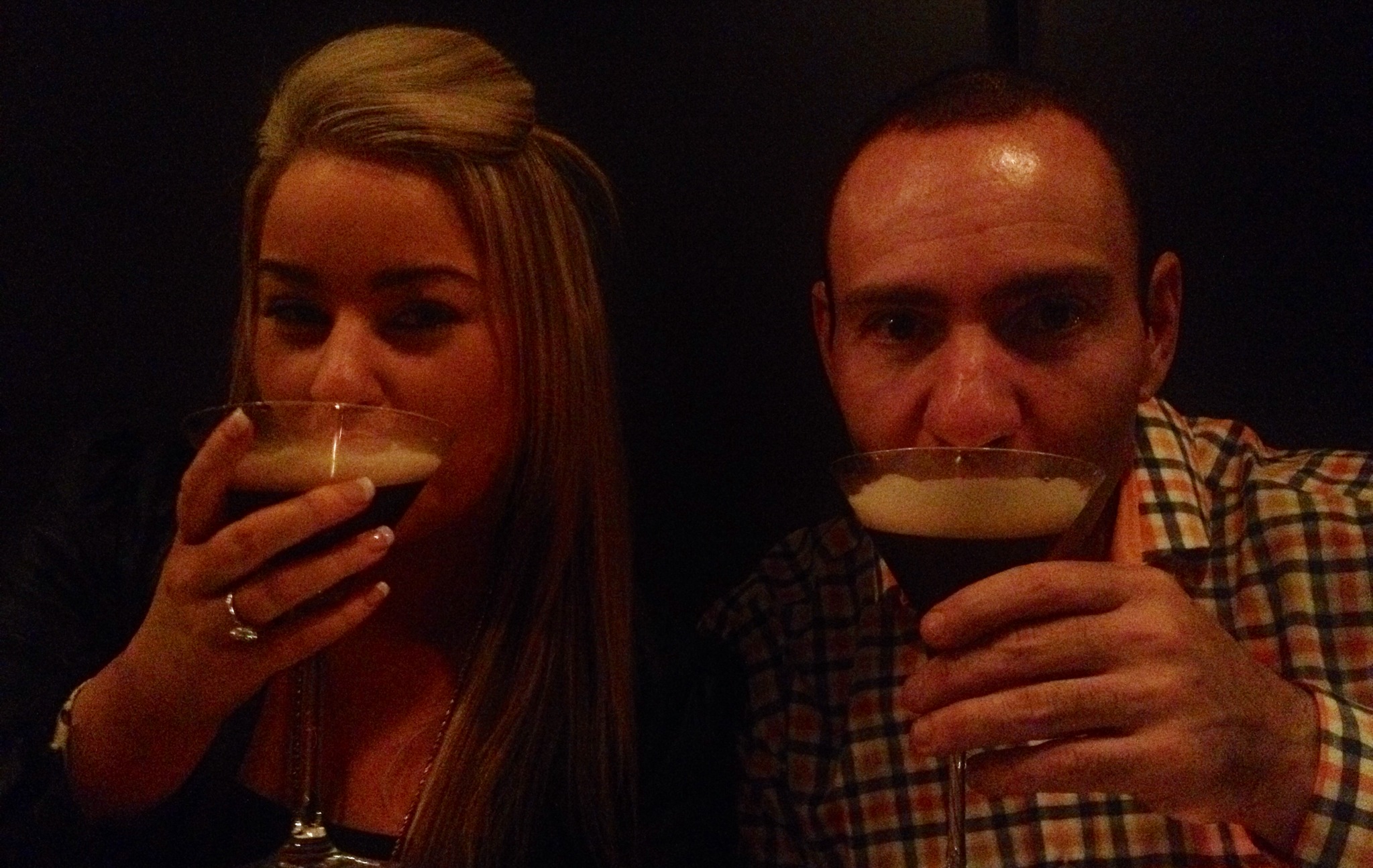 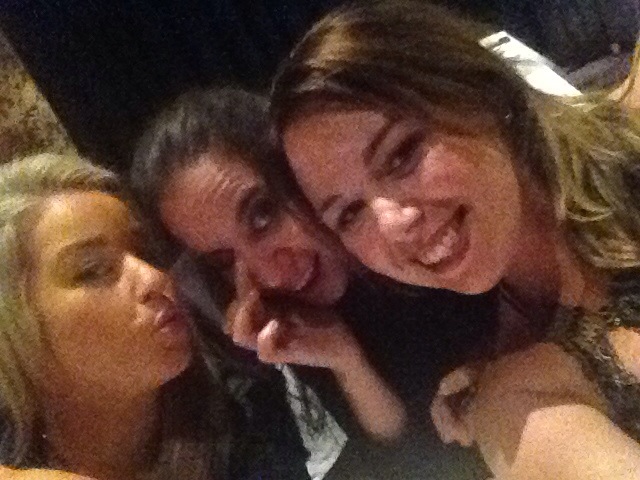 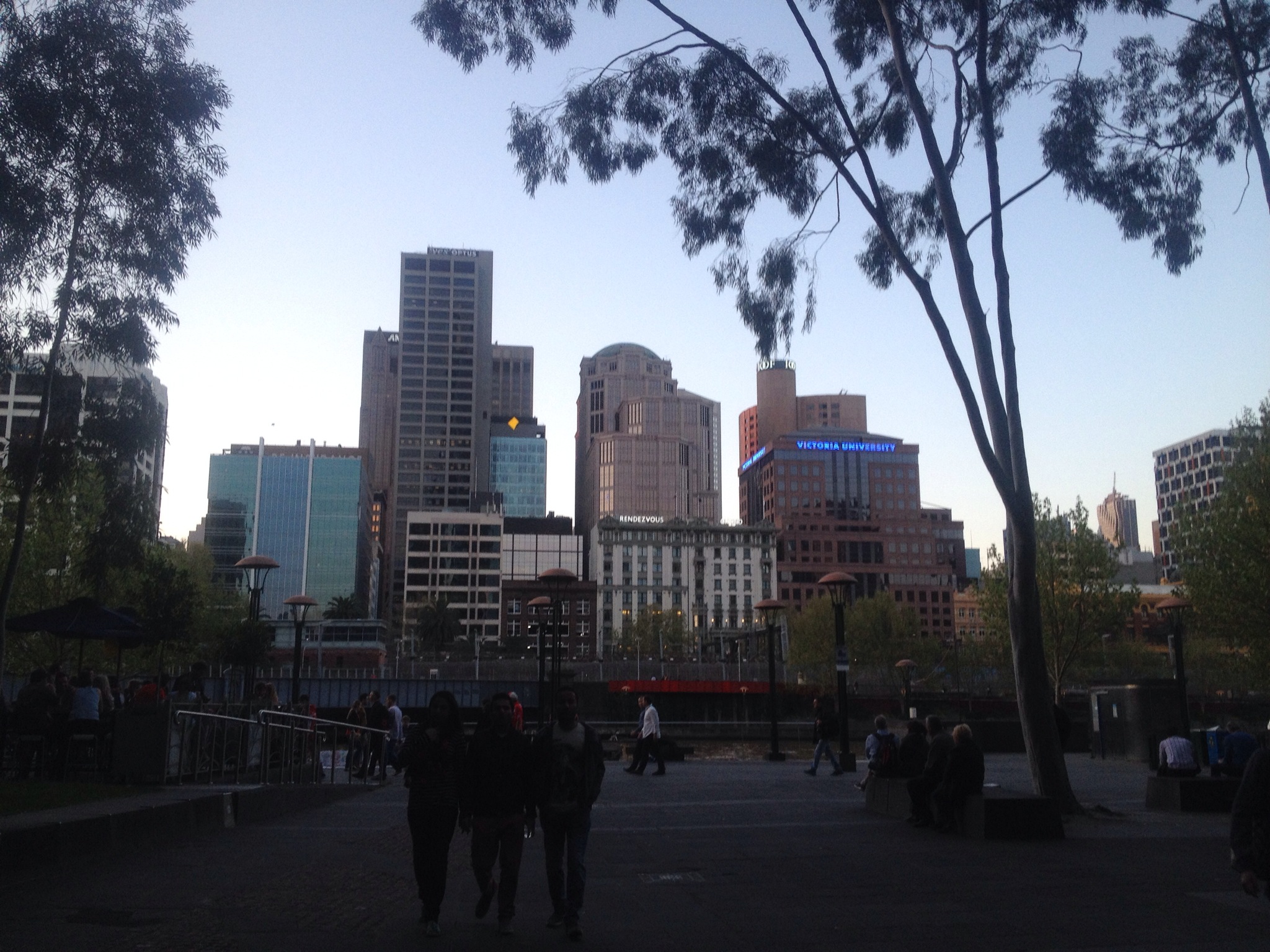 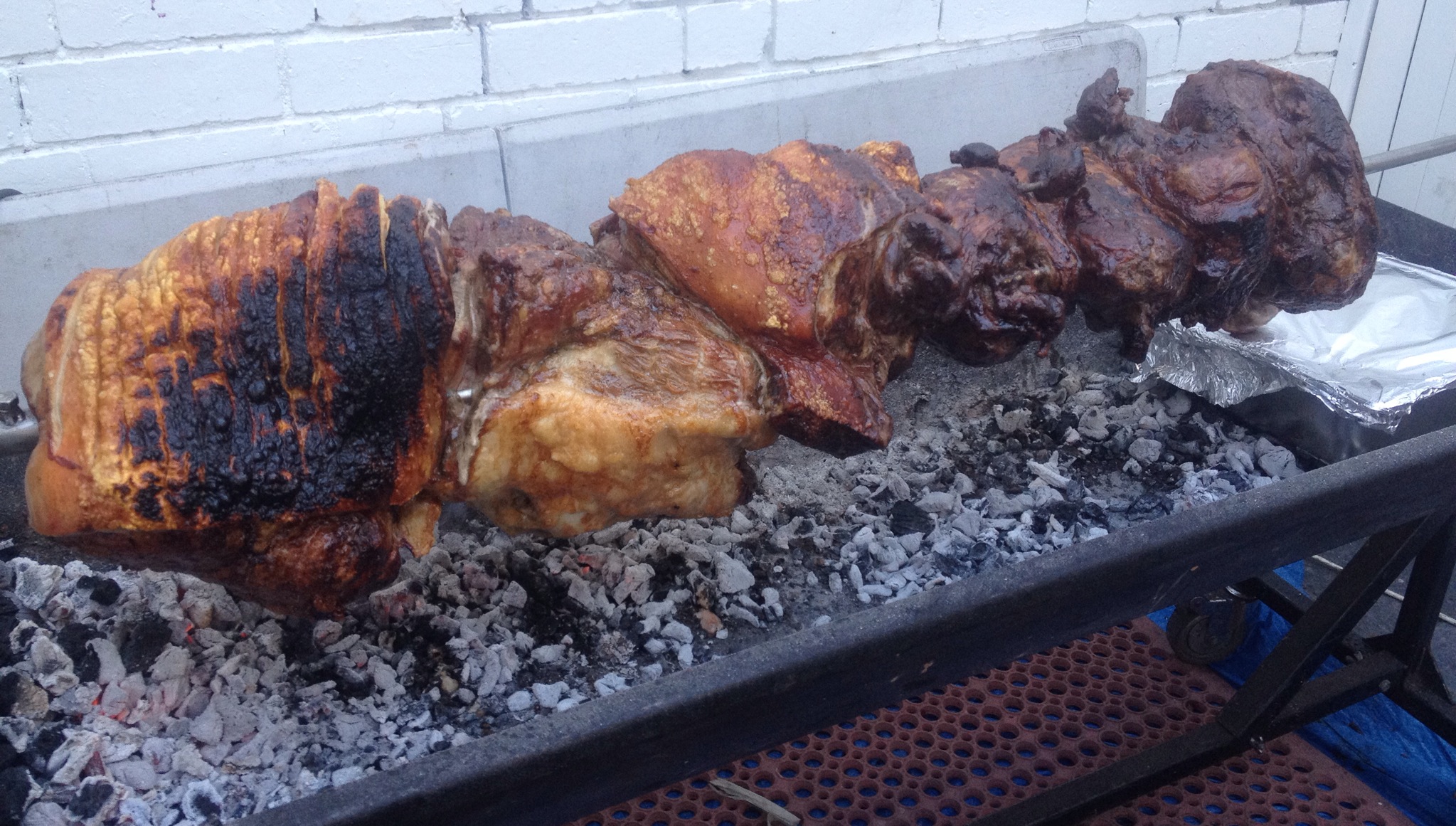 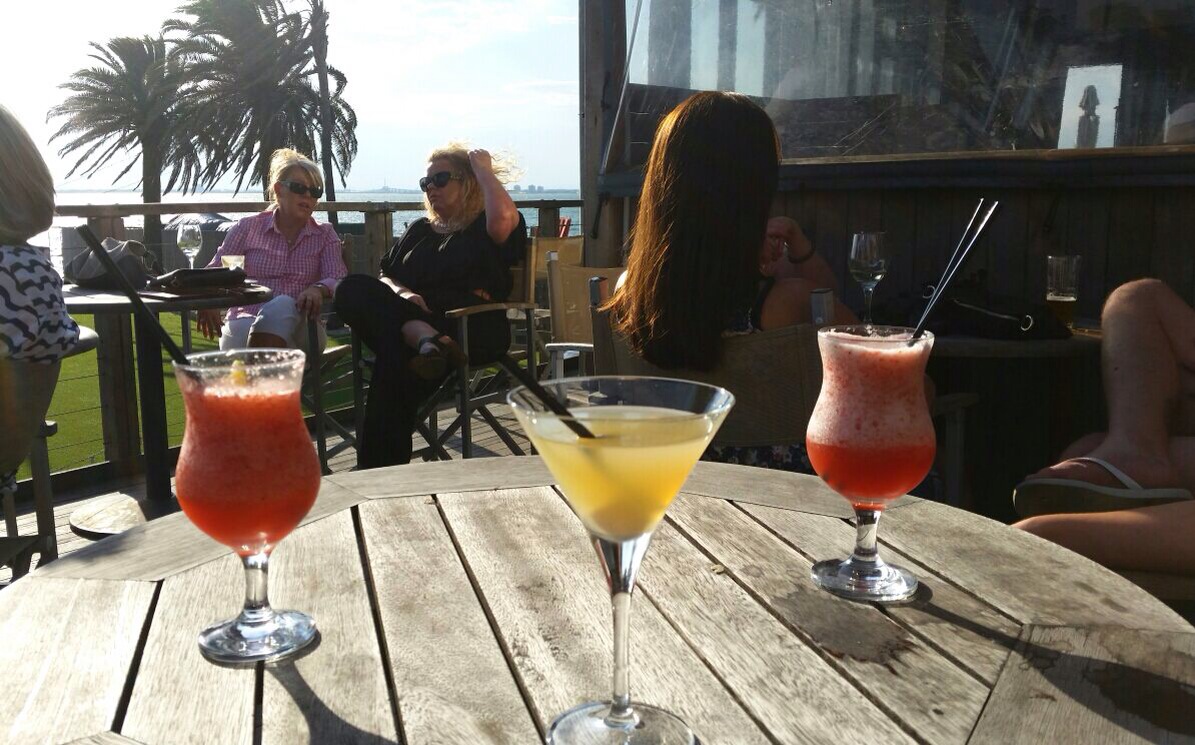 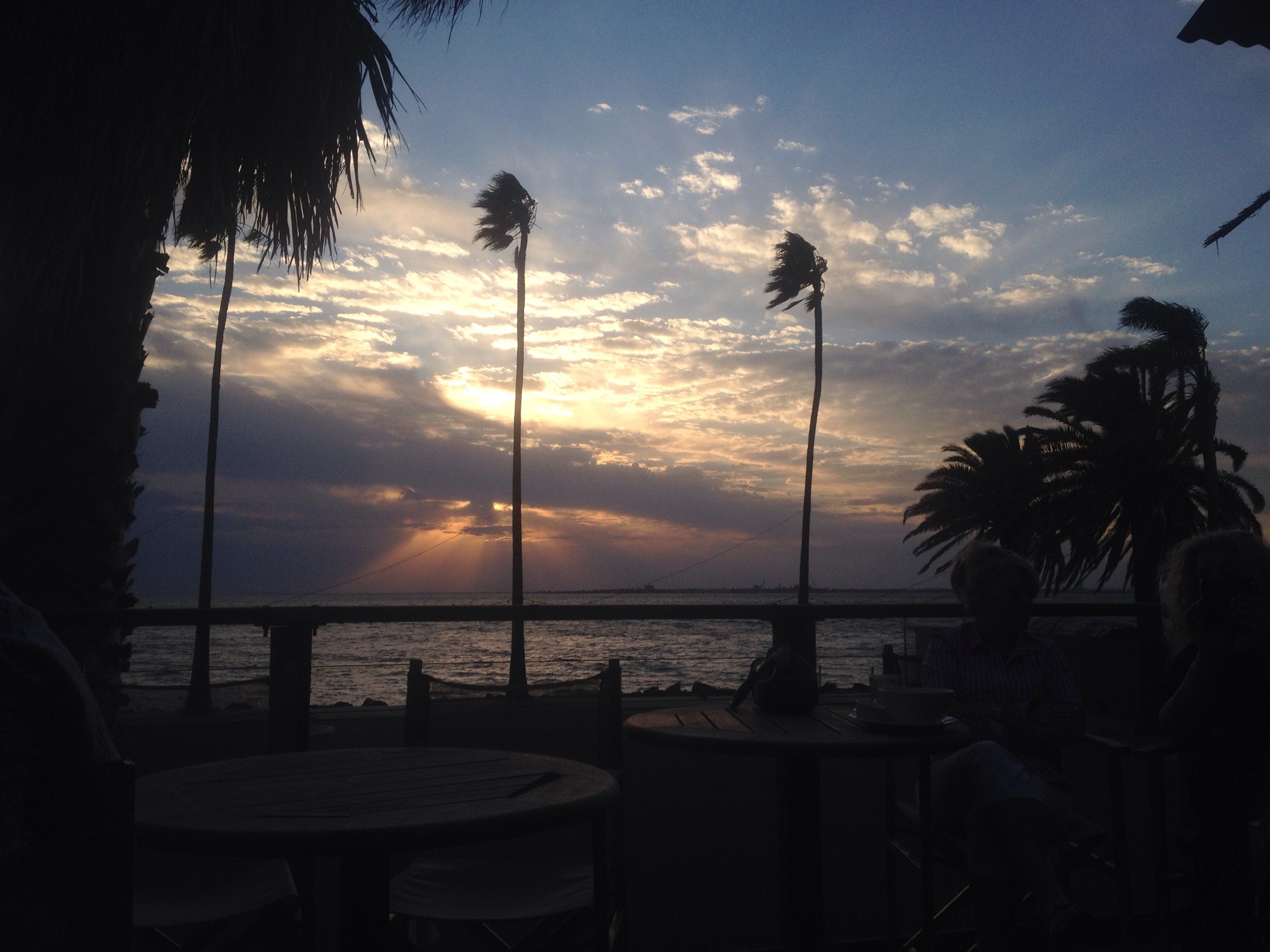 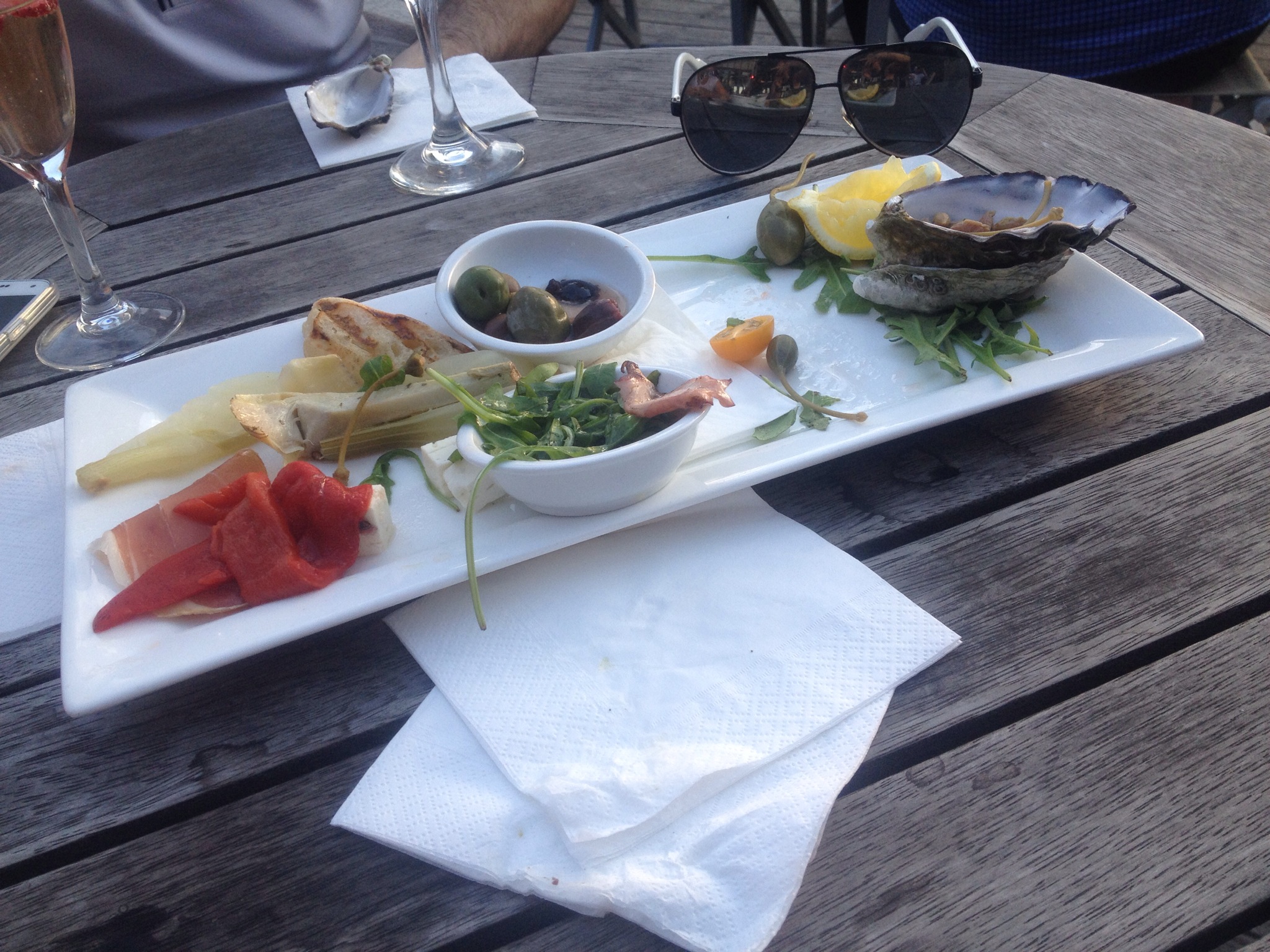 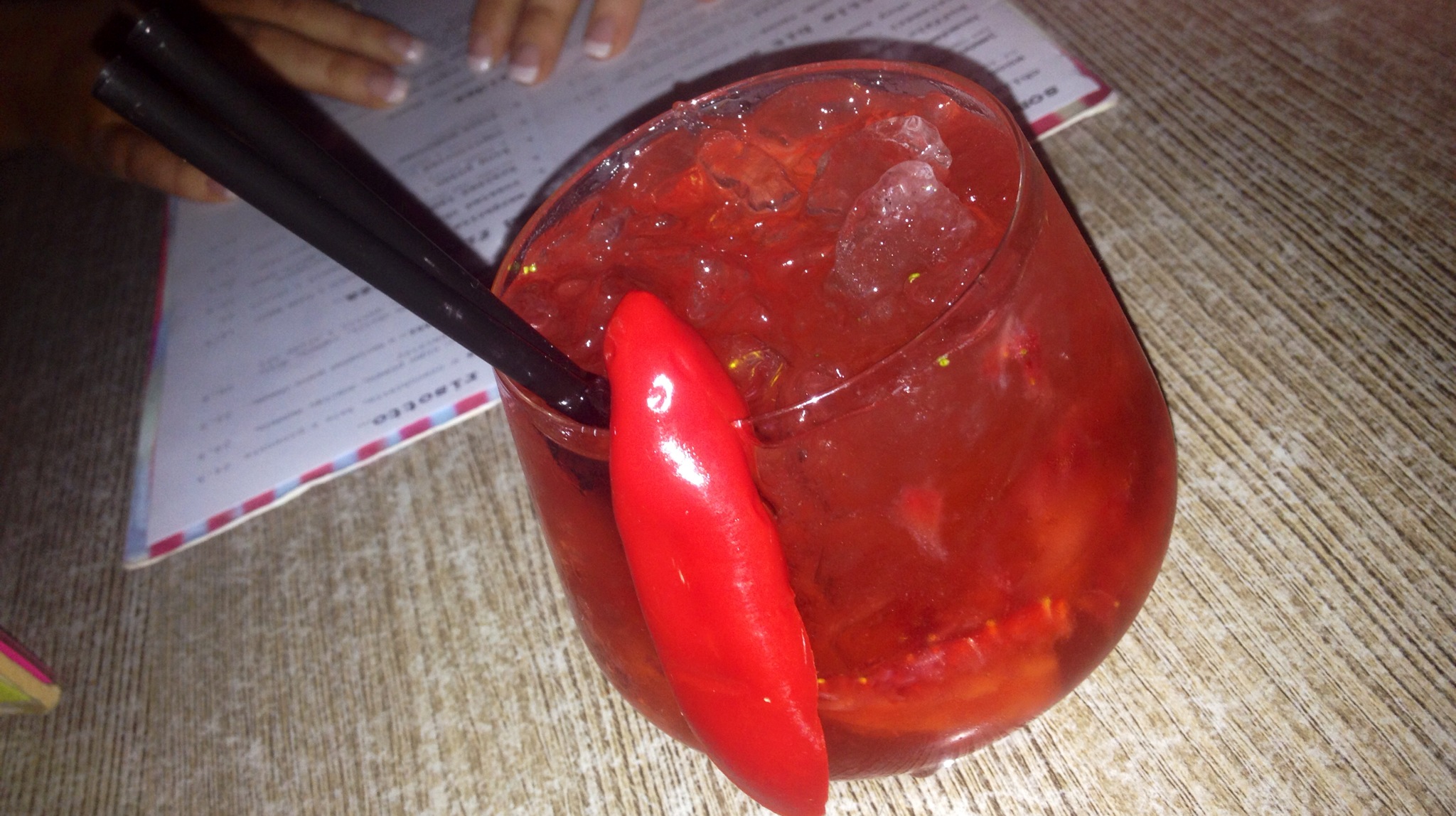 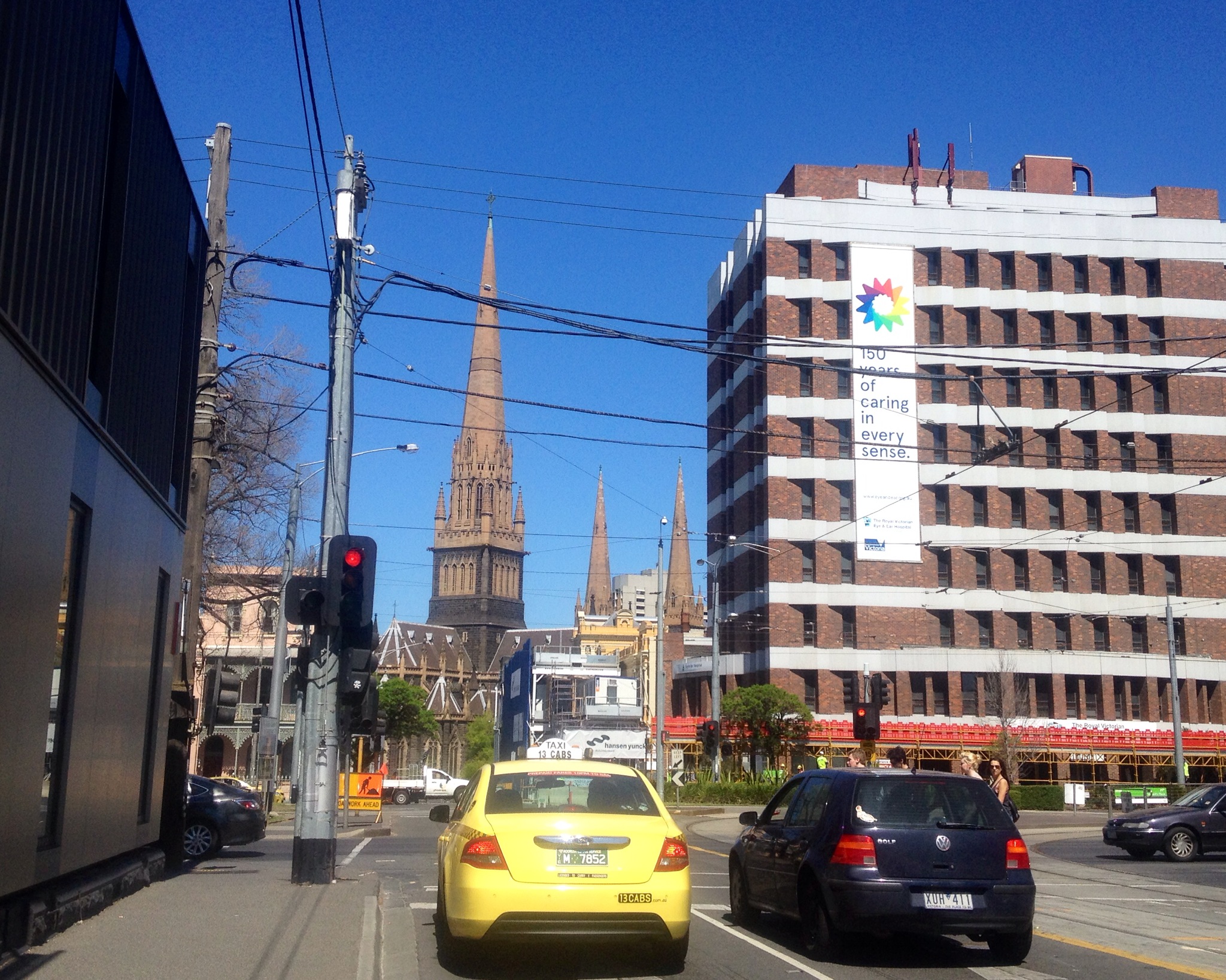 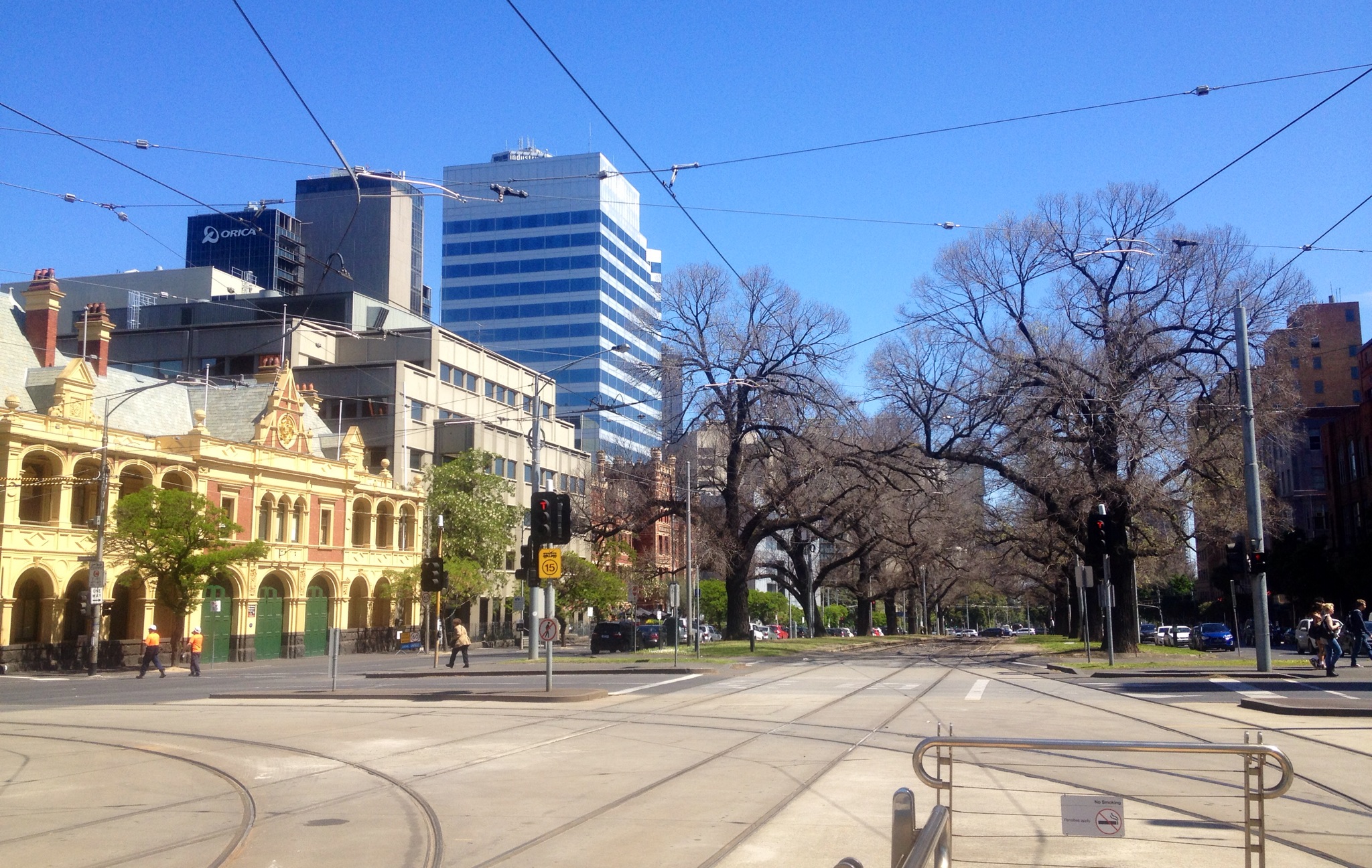 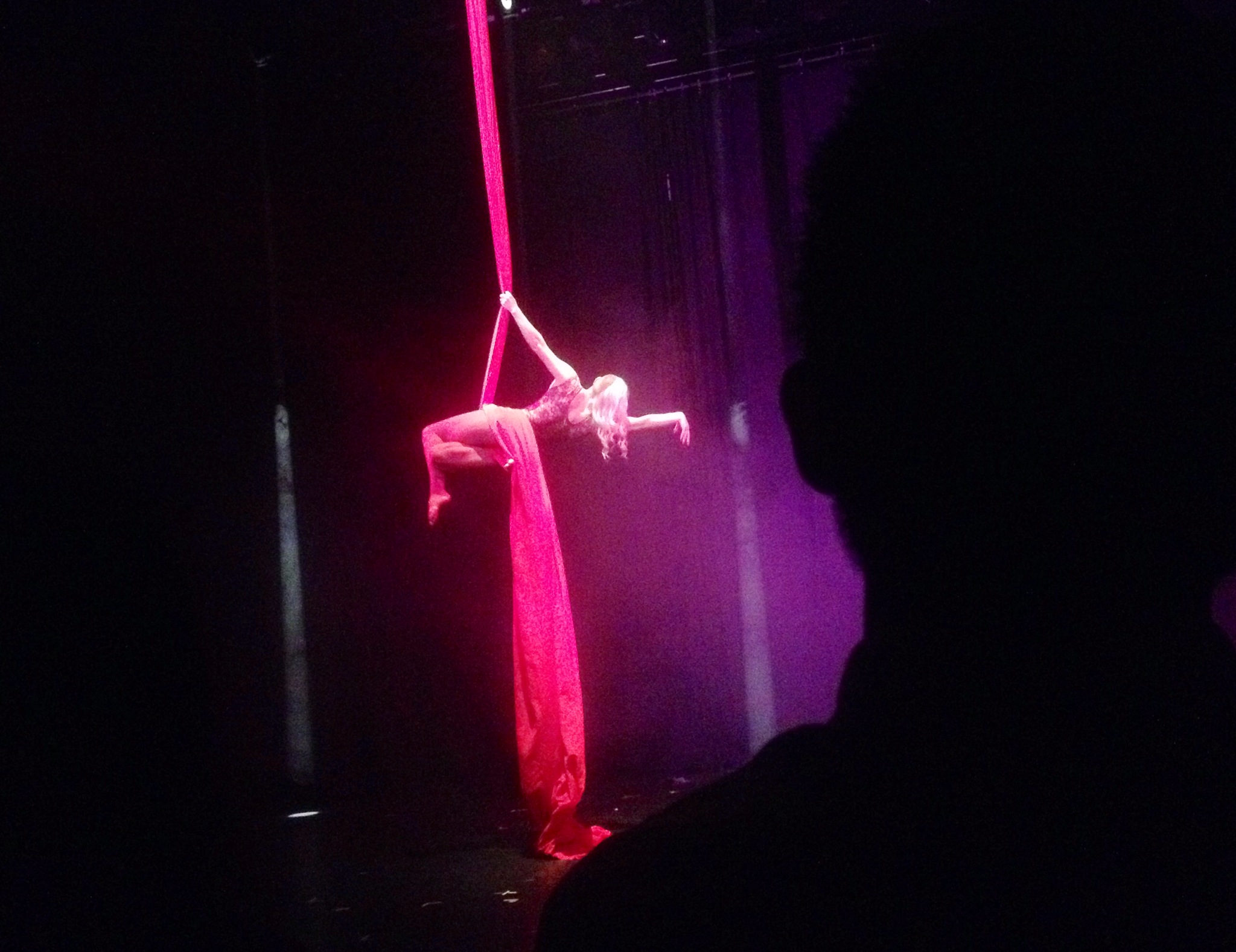 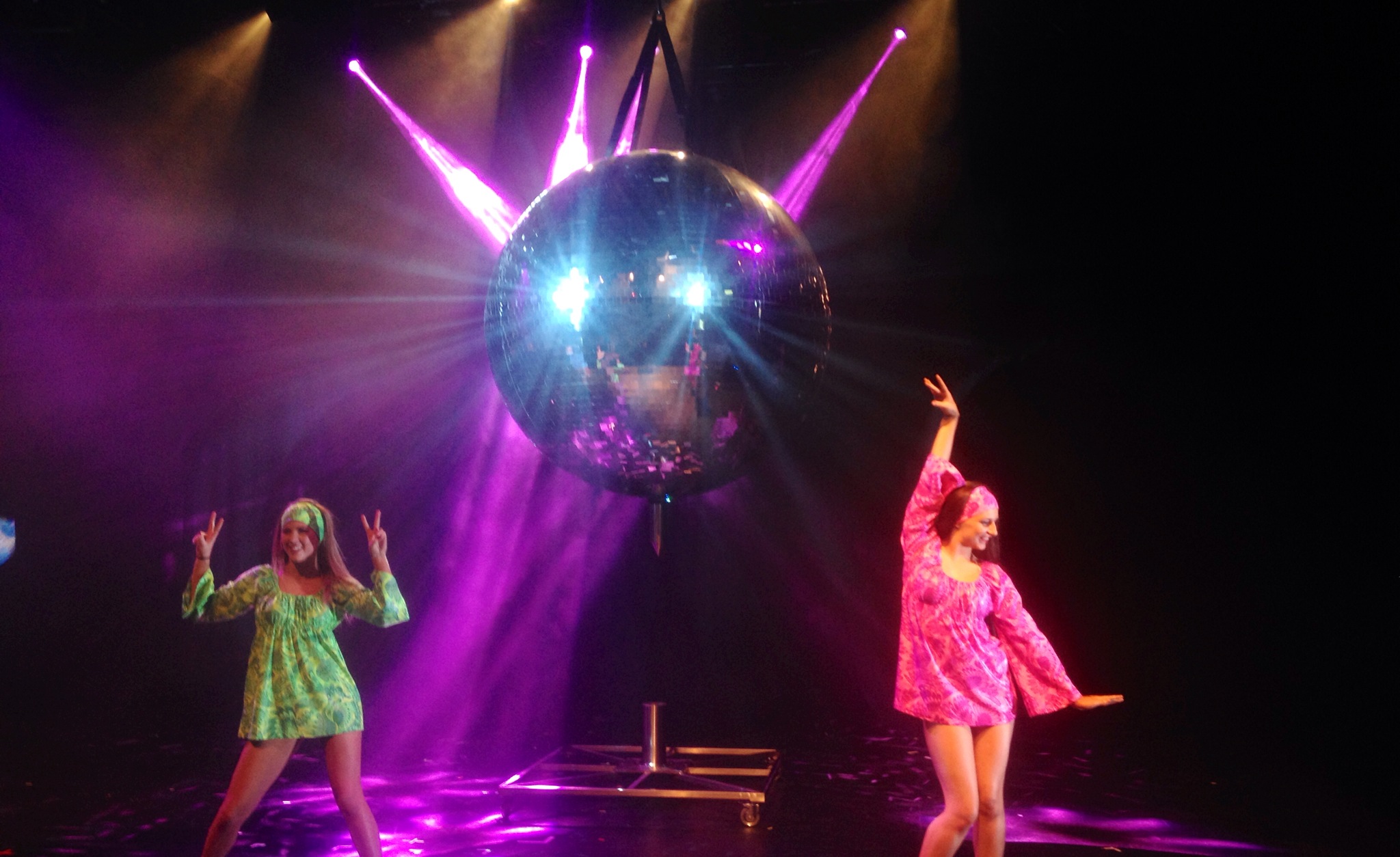 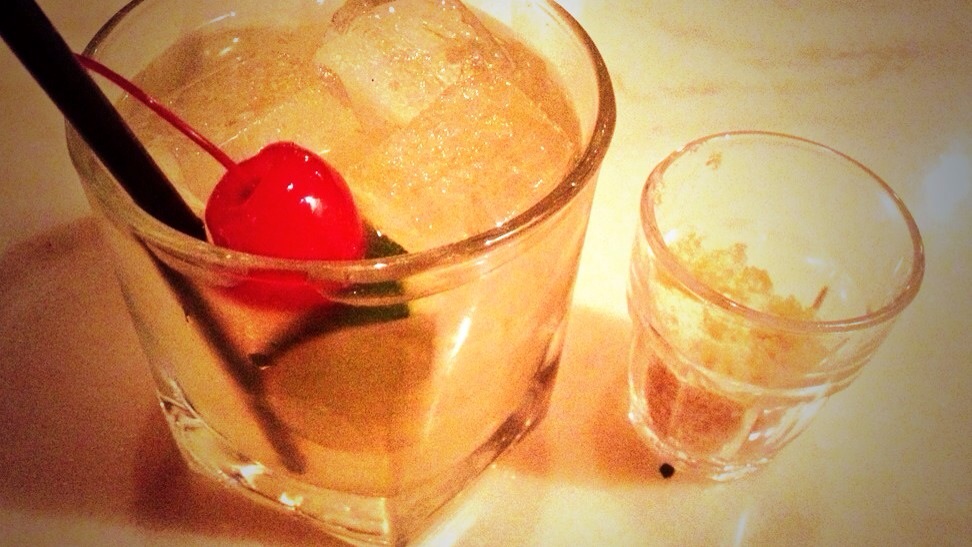 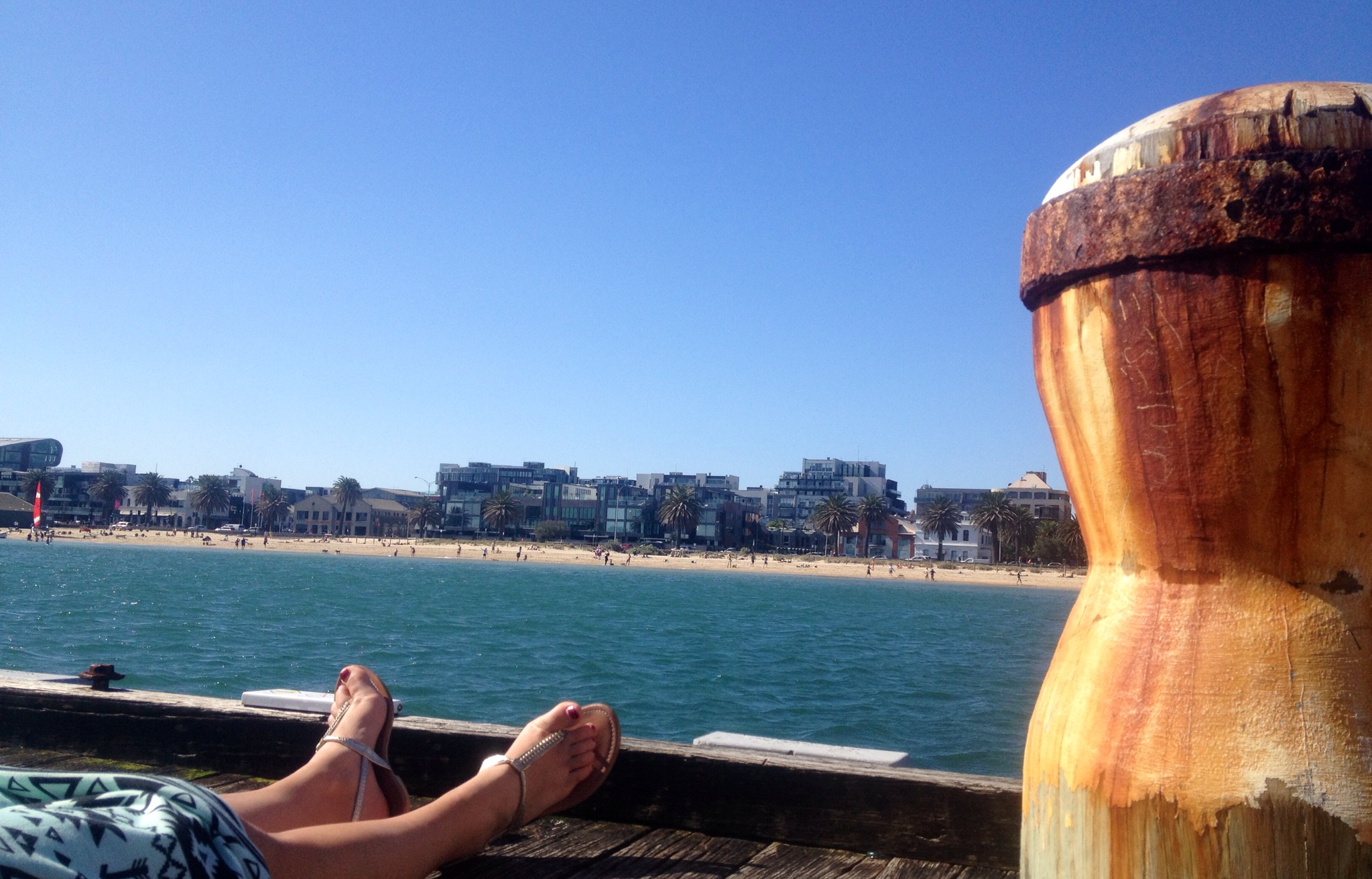 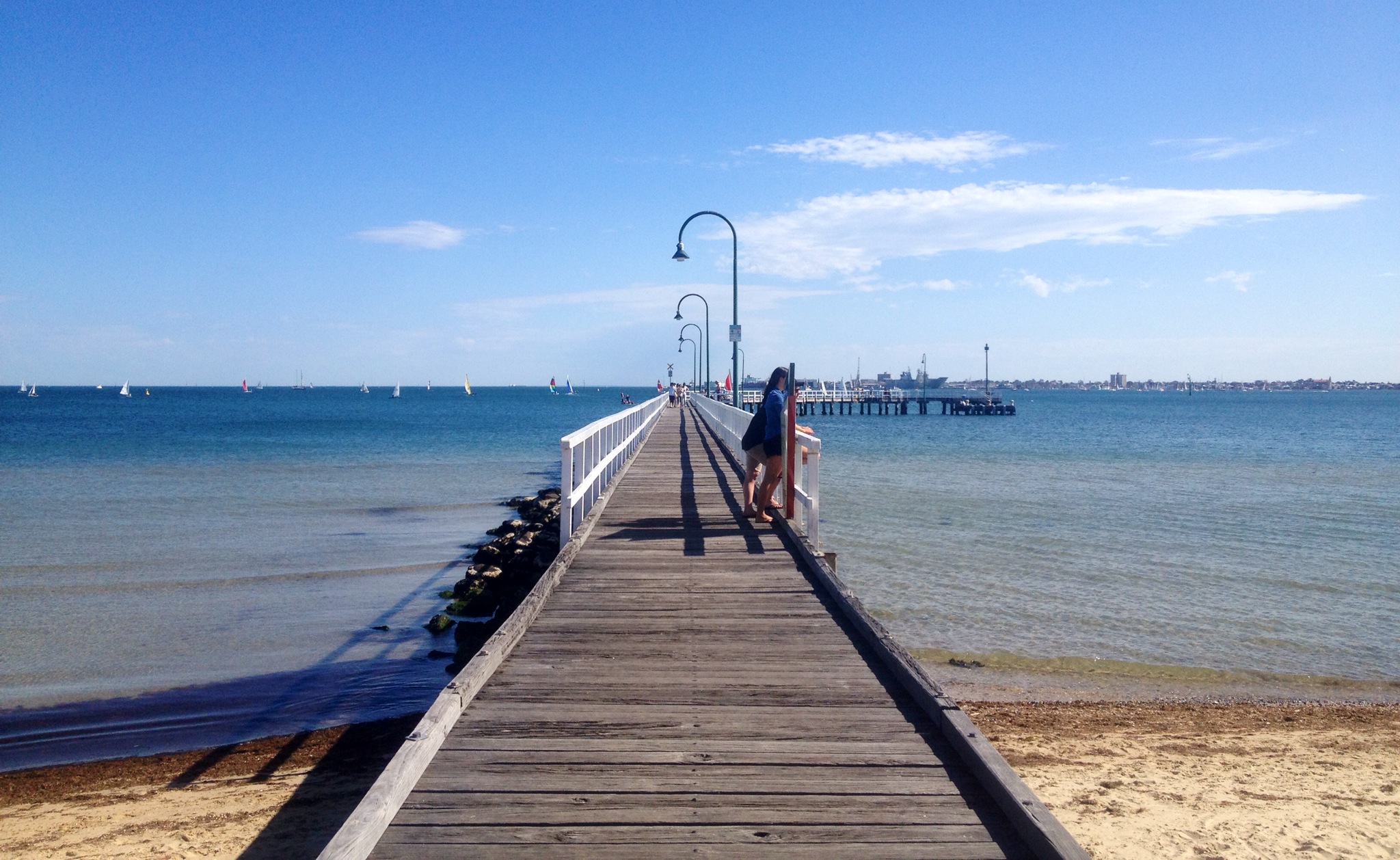 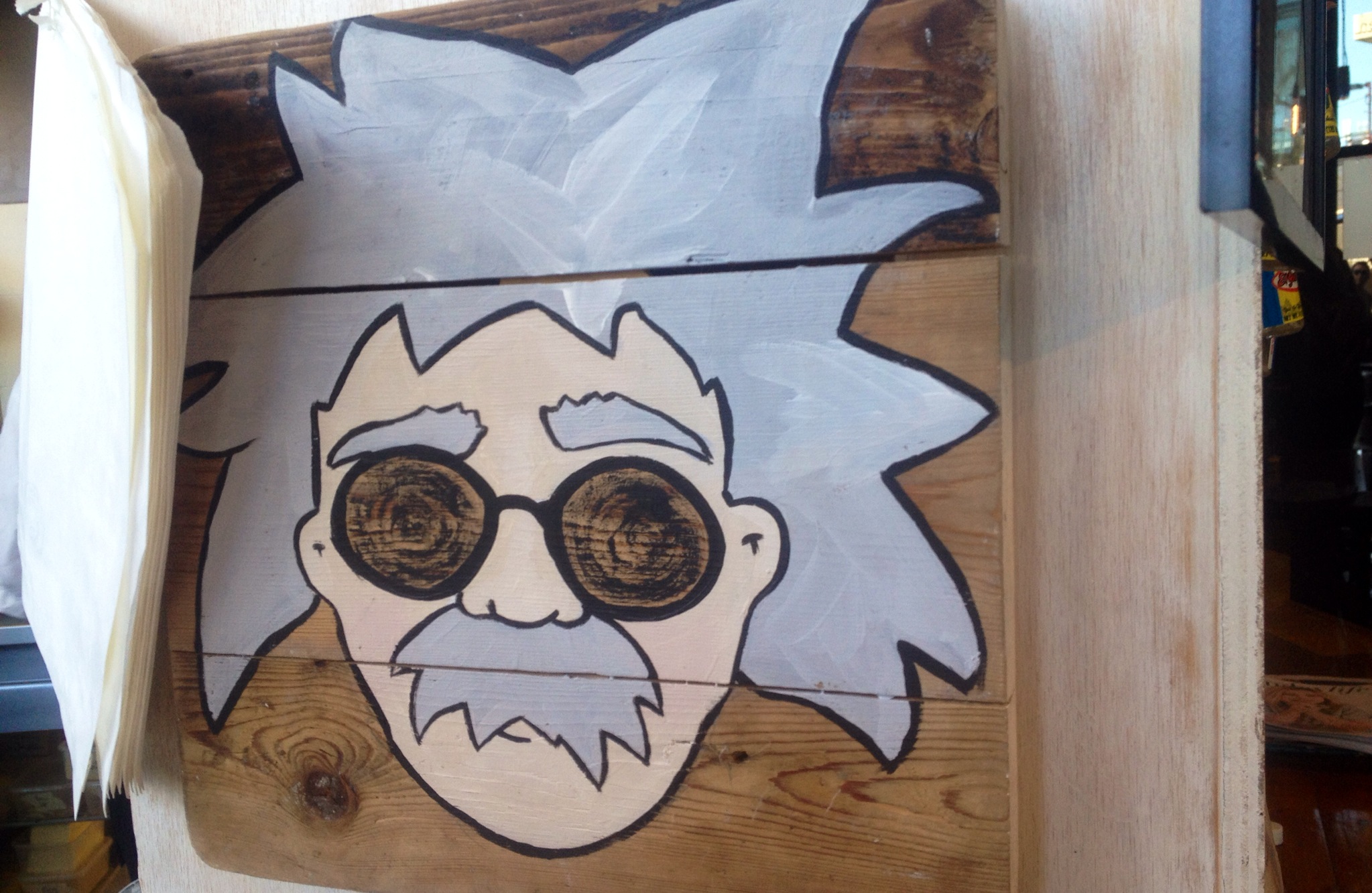 Props to Little Somethin Somethin, not only do they have almond milk but they produced a lovely meal.

The aioli was really different. There were actual, thick chunks of smoked salmon with anchovies mashed in to the sauce. Innovative.

I’ll be honest, the aioli was a little salty for me towards the end but that’s just personal preference.

Lovely meal, well worth a visit if you’re in Richmond. 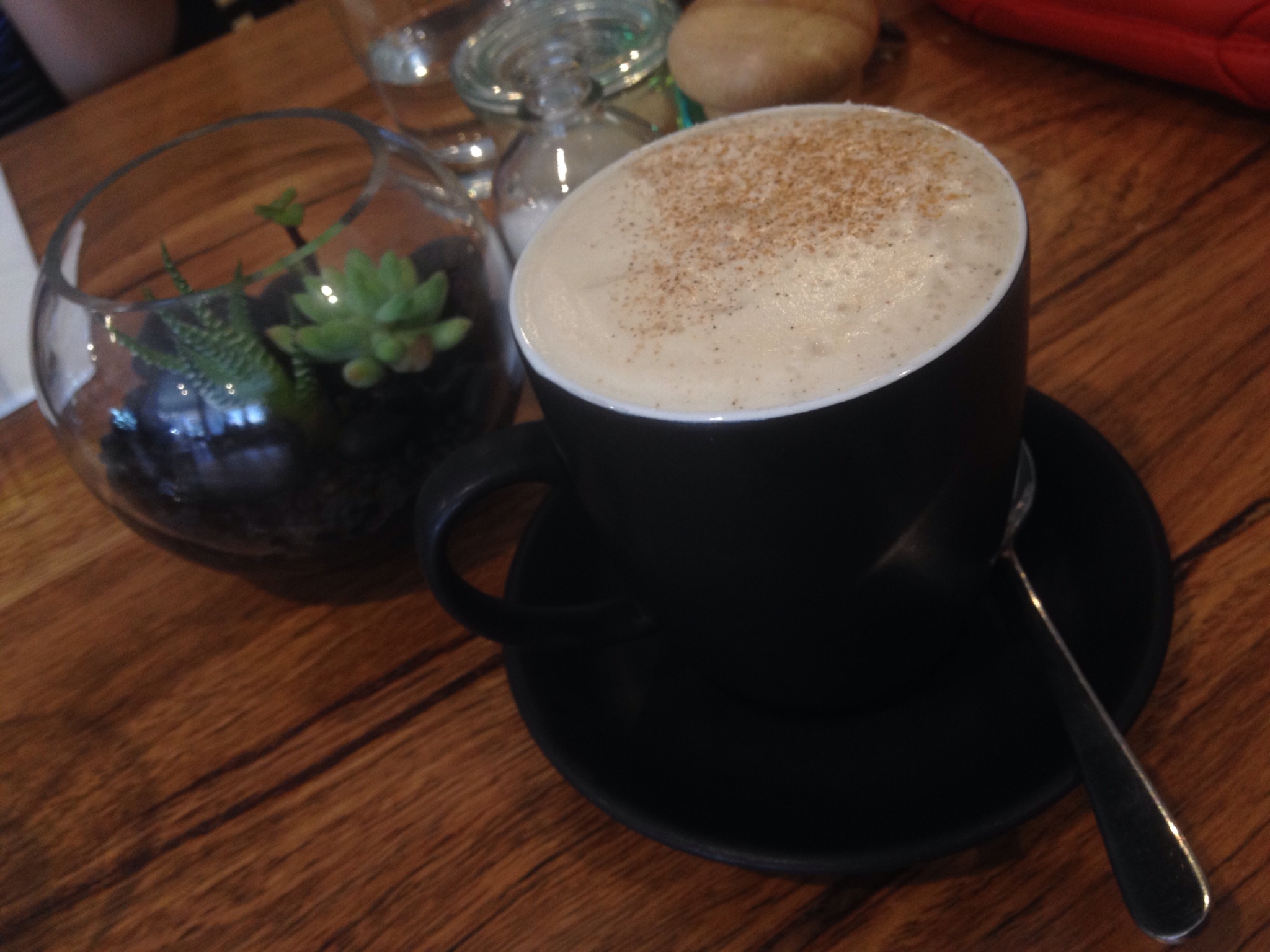 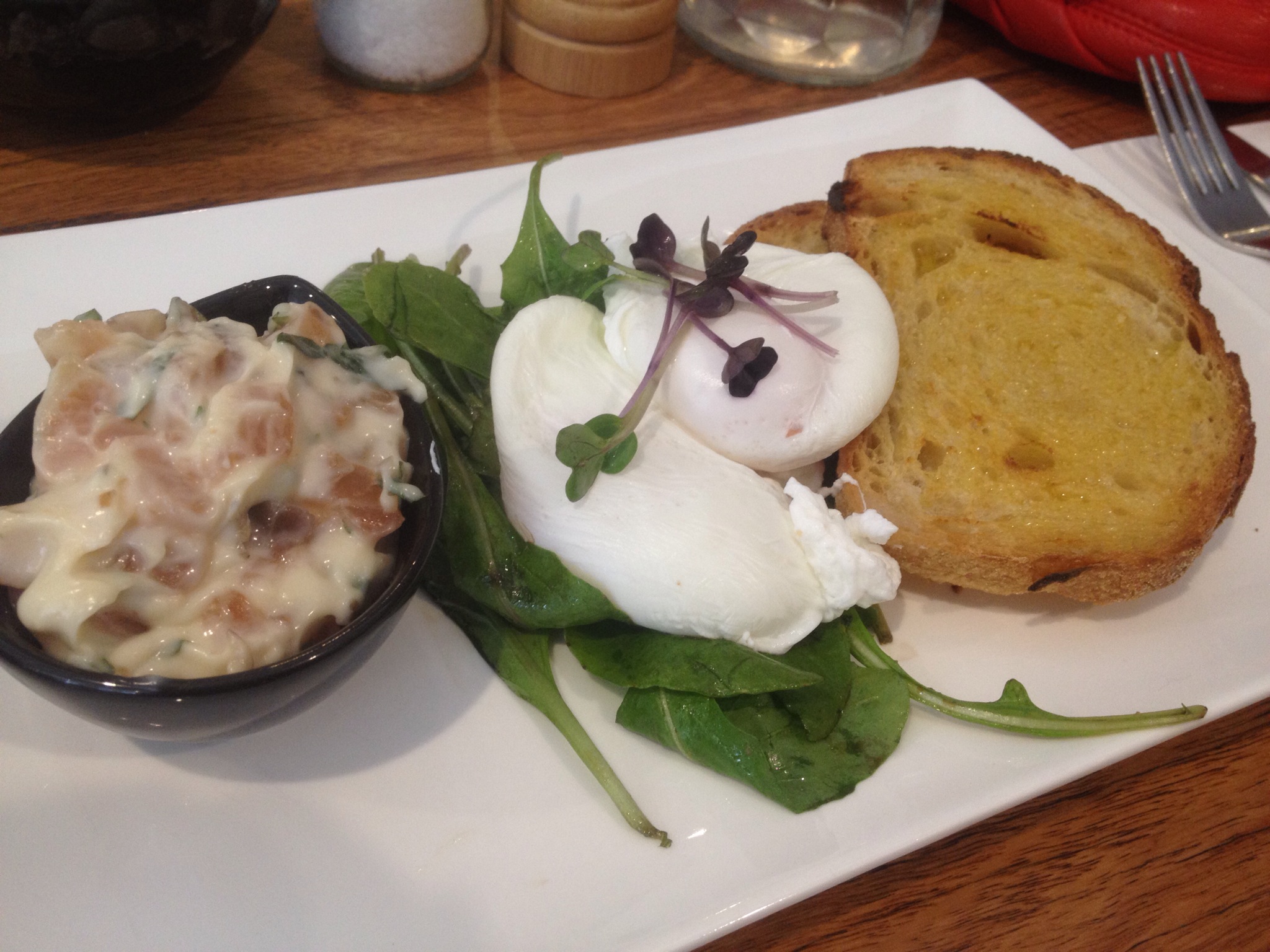 This was an awesome find!

I was in St Kilda for an auction and starving, this was the closest place we could find and it was hands down delightful.

The interior is great to start with. All different mediums on the walls and lots of communal dining.

We were in a hurry and our food came fast. I had the corn and zucchini fritters were smashed avocado, feta and a poached egg paired with a freshly squeezed orange and passionfruit juice. Perfect. My only note would be that the egg yolk could have been runnier but still one of my fave brunches so far!

My friends enjoyed their meals, one a salad and the other a prawn dish. I can’t wait to go there again and try them both along with most of the rest of the menu! 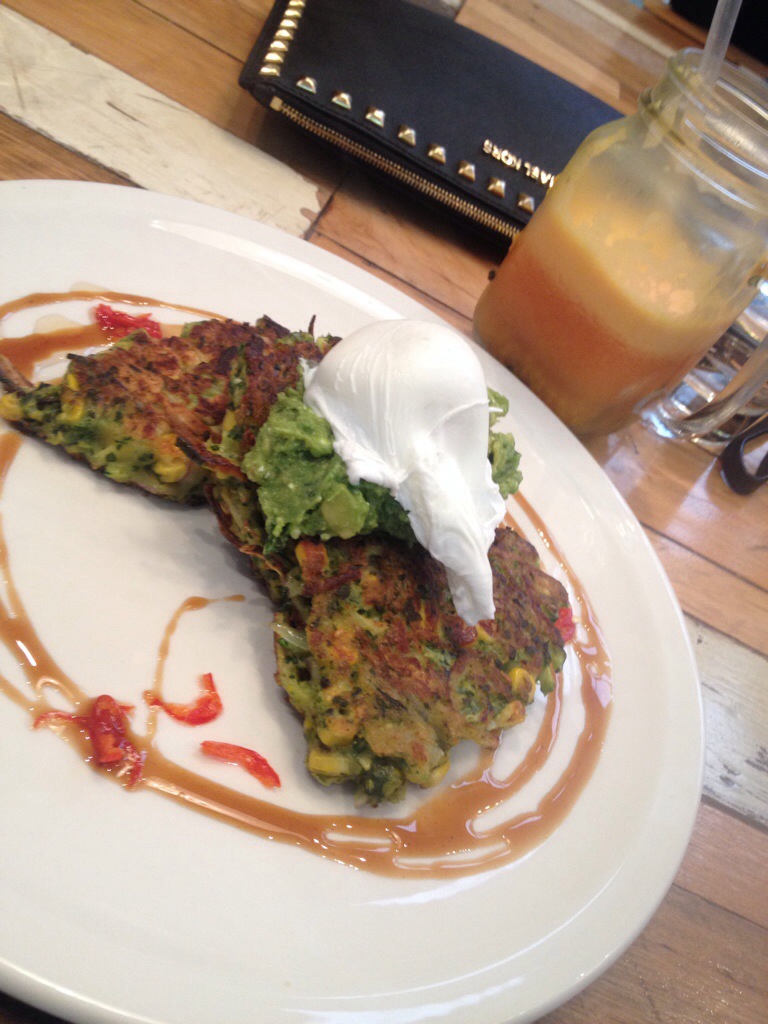